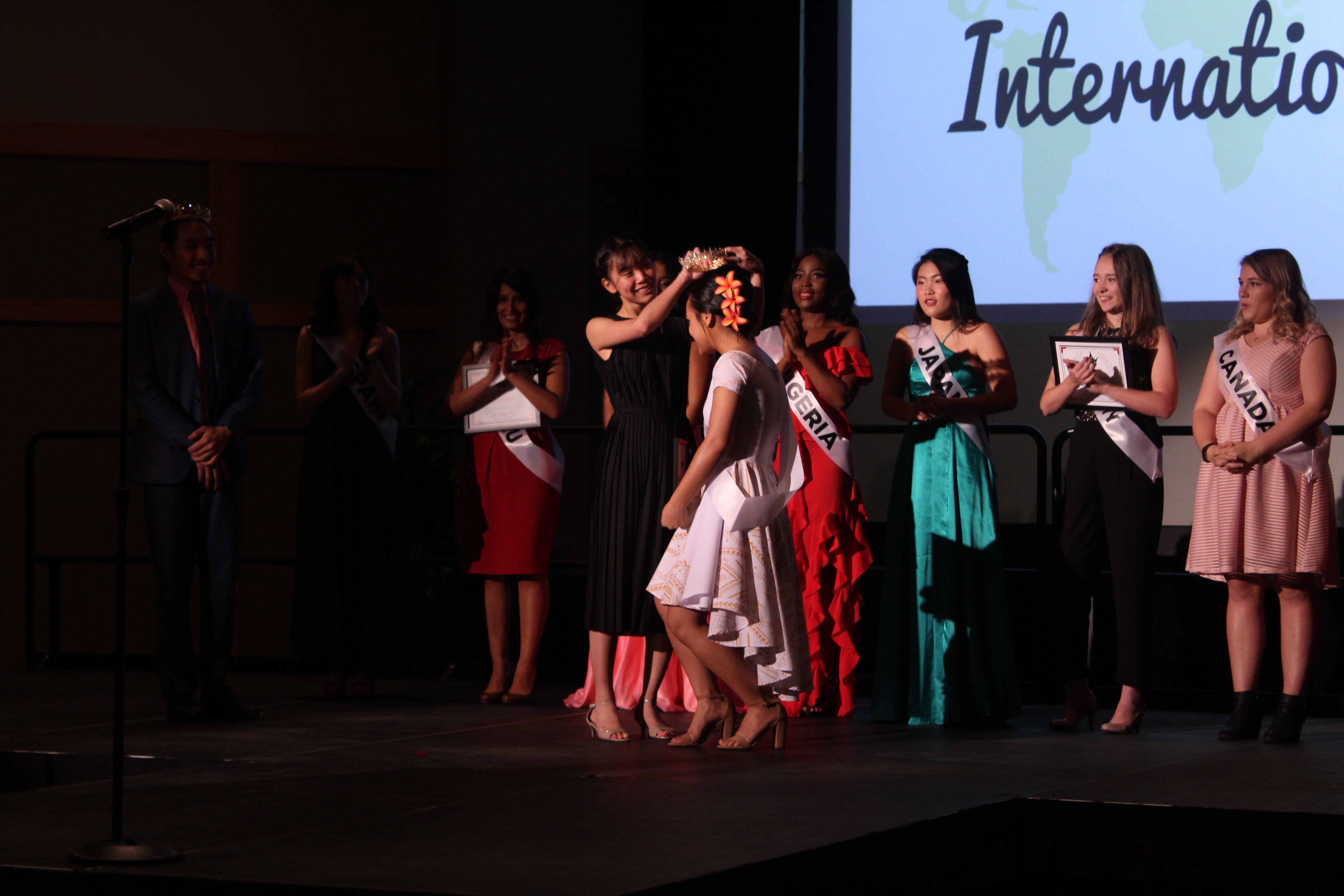 From the beginning of the event to the end, the Miss DSU International pageant offered a night to remember.

Samatua said: “Honestly, I’m grateful and I’m privileged. There are no words to explain how grateful I am for the support of my poly fam. International students don’t have the same opportunities as American students.”

She wants to serve the community and already has service projects planned.

The Miss Dixie State University International pageant has been a tradition of Dixie since 2016. The pageant is important because it helps international students connect better to the DSU campus.

In the talent portion of the pageant, three contestants sang, one in German, one in English and one contestant sang, played the ukulele and danced three traditional Samoan dances. Three other contestants also did traditional dances from Brazil, Peru and Spain. Painting and yoga were also some of the other talents performed at the pageant.

Akintunde, a senior population health major from Egbe lkotun, Nigeria, said: “If I would have won, I would try to make the scholarship better and introduce events that we have back home here. That way we don’t feel so far away from home, so that we can feel at home here at DSU.”

The Miss DSU International pageant allows international students the opportunity to receive a $1,000 scholarship and the ability to impact campus and bring part of their culture with them here to DSU.

Arenas, a freshman elementary education major from Valencia, Spain, said, “I choose to do this because I think it’s a great experience as an international student because of the scholarship that is made available to us.”