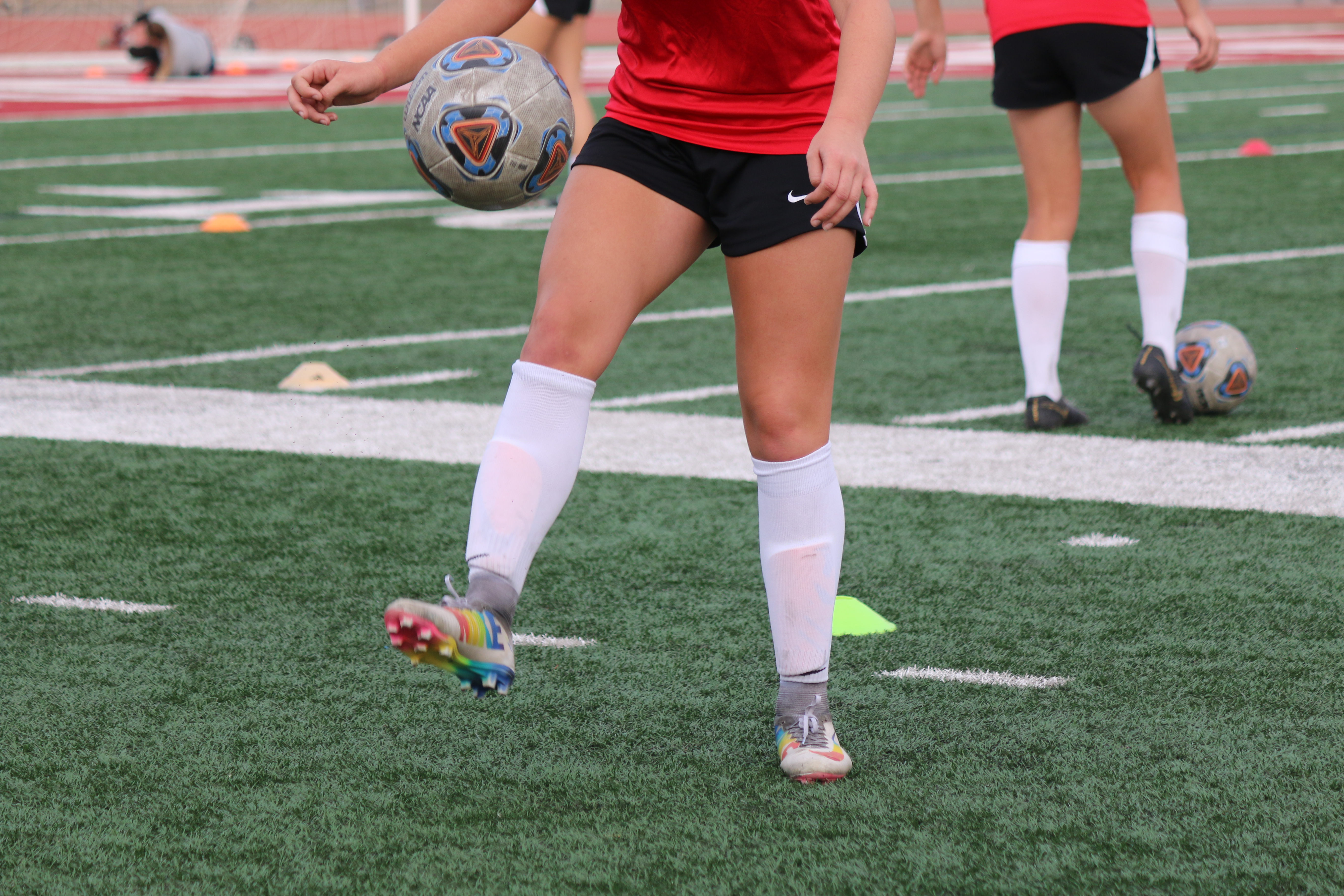 The Dixie State University women's soccer team has been practicing hard to prepare for its tournament on Nov. 22. Photo by Jaxon Chapman.

The wait is over as the Dixie State University women’s soccer team will be making its second NCAA postseason appearance in program history.

The last time the Trailblazers were in action was on Nov. 8 where the team lost to MSU Denver in the Rocky Mountain Athletic Conference quarterfinal game. Now, the team has been given a second chance to keep its season alive in the 2019 NCAA South Central Regionals on Nov. 22.

“It’s an amazing feeling;” said head coach Steve Golas. “We’ve been given that second chance at life and they’re fully ready to take advantage of it right now.”

DSU will play Texas Woman’s University for the first round of regionals. The Pioneers finished their regular season with a 15-5 overall record, 10-3 in conference play and finished No. 4 in the Lone Star Conference.

Forward Whitley Johns, a sophomore general studies major from Gilbert, Arizona, said practices have been high energy and competitive as the team realizes they’re going to be playing at a higher level going up against TWU.

The Trailblazers have not made an NCAA playoff appearance since 2009. Golas said what’s interesting between themselves and TWU is DSU is the new kid on the block.

Golas said: “One of the big things for us is going to be how do we handle that big moment? Is the spotlight going to be too bright? I don’t see that with our group because of the work rate. It’s definitely going to be a huge challenge.”

Goalkeeper Adelle Brown, a junior recreation and sports management major from Fallon, Nevada, said her main goal for the upcoming matchup against the Pioneers is to win. She said she hopes the team brings high intensity and will not allow any goals.

Golas said the key for the offense to be successful is taking advantage of opportunities when they are presented to them. He said the key for defense is communication, staying together and keeping connected.

“The points of emphasis for this week is as much as we’re going to try and drive on the attack, can we be there, an attack-minded team,” said Golas. “That other side of the ball is so important to us. If we can preserve things, limit those opportunities, self-inflicted mistakes, we’re going to be a difficult team to beat.”

The Trailblazers will take on TWU Nov. 22 at 6 p.m. at Colorado Springs, Colorado.

The women’s soccer team defeated Texas Woman’s University 4-3 in a penalty kick shootout on Nov. 22. The win over the Pioneers earned the Trailblazers their first postseason victory in program history. The Trailblazers then pulled off its biggest upset of their season by defeating No. 1 ranked, and fellow RMAC member, UCCS 2-1 on Nov. 24. The women’s soccer team will head to Bellingham, Washington for the Sweet 16 to face off against Dallas Baptist on Dec. 5 at 3 p.m. The winner of this game will play Point Loma or Western Washington University on Dec. 7.