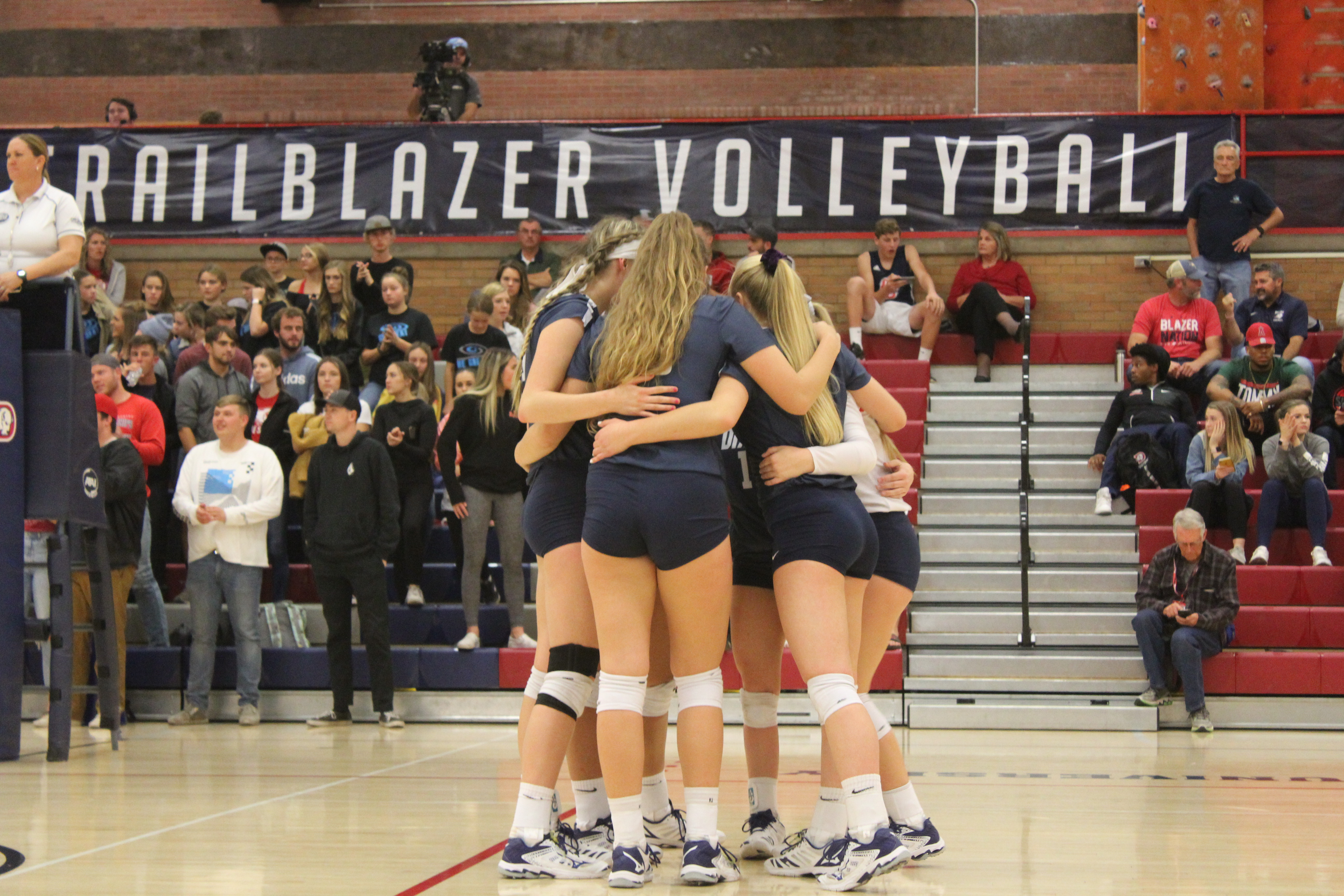 MSU-Denver is a team the Trailblazers have yet to defeat.

DSU started with a two-set lead against Pueblo with both sets ending at 25-19. Late in the third set, the Trailblazers had a 20-17 lead with hopes to sweep, but their efforts weren’t enough as the Thunderwolves responded with eight straight points to win the set 25-15, making the score 2-1.

“Going into that fourth set we really wanted to show them that third set was just a fluke and that we are a lot better than that team,” Johnson said. “And we showed that when we came out and had a lead on them 18-4.”

Pueblo continued to fight in the fourth set outscoring DSU 10-1, but couldn’t find another win as the Trailblazers closed the match with a 25-15 set victory, making the final score 3-1.

Head coach Robyn Felder said the awards were well deserved and show the quality of the girls they have on the team this year.

Gamell said: “It’s seriously such an honor and I couldn’t have done it without my team. They’re the ones that are in the box with me.”

Gammell said consistency and avoiding errors will be key as they head into the semifinal round.

Felder said: “Metro is the only team we haven’t beaten in the RMAC, and we want a rematch from the last time we played them [when] we had a big lead on them and let it go. This is the best rematch for me by far and we just want to go for a conference championship. There’s no team we’re afraid of; it’s tournament time so its time to win.”

The teams will face off at the Regis Fieldhouse on Nov. 22 at 5 p.m., while Regis University and No. 4 seed Colorado School of Mines are set to play after at 7 p.m. The two winners will then compete in the RMAC championship game on Nov. 23 at 5 p.m.