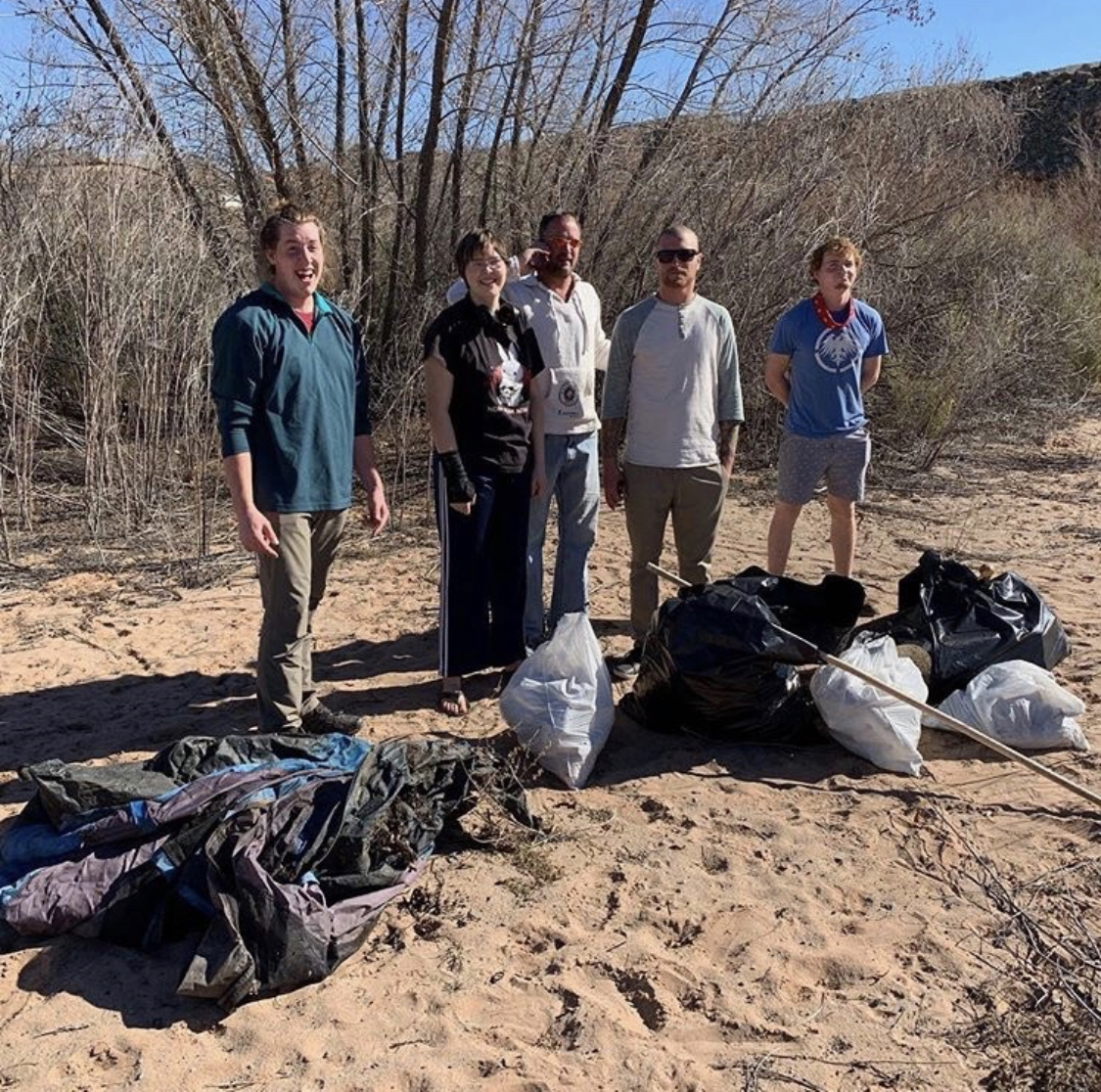 The Dixie State University scuba diving club participates in multiple service projects throughout the year. It oftentimes focuses on cleaning up lakes and rivers around Utah alongside having fun and exploring the waters. Photo courtesy of Kaylynn Garner, president of the DSU scuba diving club.

The Dixie State University scuba diving club allows students to do more than learn how to scuba dive and have fun experiencing the underwater world. It allows for an opportunity to clean the environment while exploring under water.

The club goes on weekly scuba diving trips to Sand Hollow that usually consists of some sort of BBQ as well, said Kevin Dye, a part time health science instructor and scuba diving club adviser. Every break, the students also have the chance to travel to places around the world including Bonaire, Mexico and the Philippines.

“The diving [in Cozumel] is just… breathtaking,” Dye said.

Sean Jordan, a senior theater major from Beaver Dam, Arizona and member of the scuba diving club, said the coolest part is seeing fish resting on the bottom of the lakes.

Kaylynn Garner, a senior biology major from bountiful and president of the club, said the interesting thing to observe about fish at night is watching them lay on the bottom of the lake. Fish don’t sleep, they will just go to the bottom, and if you provoke them, they will swim away. If you don’t bother the fish, they won’t move.

Dye said, “[My favorite part about the club is] watching people have fun, seeing stuff they’ve not seen before, and learning about the underwater world.”

For the shorter breaks, such as fall break, the club goes to Lake Powell, which is the only trip funded by the university, Garner said.

The out-of-country trips aren’t funded by the university for liability purposes, so those in the club who want to attend need to come up with the money on their own, Dye said.

The out-of-country trips cost an average of $1,500, not including a plane ticket, Garner said.

Garner said scuba diving is just a hobby for most people, but it’s more than that for her because it will be pertinent to her future job as a marine biologist. She said there’s a possibility that scuba diving will be a part of her daily job.

“I will go scuba all the time; it’s my pathway that I need to be scuba certified to do marine biology,” Garner said. “[For] certain science paths, it’s prominent.”

The scuba diving club was organized during spring 2017 when Dye approached Garner about getting the club up and running, Garner said.

Jordan said he joined the club to get more involved in scuba and that his favorite part is meeting others who are interested in scuba diving; he likes how peaceful scuba diving is.

The cheapest way for students to get certified to scuba dive is by taking the scuba diving class, FAST 1350; however, students can join the club and get certified through Aqua Sports for roughly $300, Dye said. Aqua sports is the scuba shop the club arranges everything with and borrows their equipment from.

While getting certified through the club, it’s best to get it done as fast as possible, Dye said. During the class, the process is spread out to last the whole semester.

“The club is extremely active in cleaning the waters in the area and helps motivate students interested in diving to get involved with their school and community,” Jordan said.

The club earns money from the service projects it does, which consist of cleaning the Virgin River and local lakes. The money it earns is put towards the trips to Lake Powell and food provided during its weekly diving trips, BBQ’s and other get-together’s.

The importance of the cleaning projects is to teach the students to have respect for the environment and the earth, Dye said. It gives them a learning experience and keeps them active.

Garner said while recruiting people during club rush, she is surprised to find out how many students are scuba certified but don’t know the club exists.

Garner said she invites them to join and they come and have a blast together.

“The club is just a lot of good people having a good time,” Dye said.