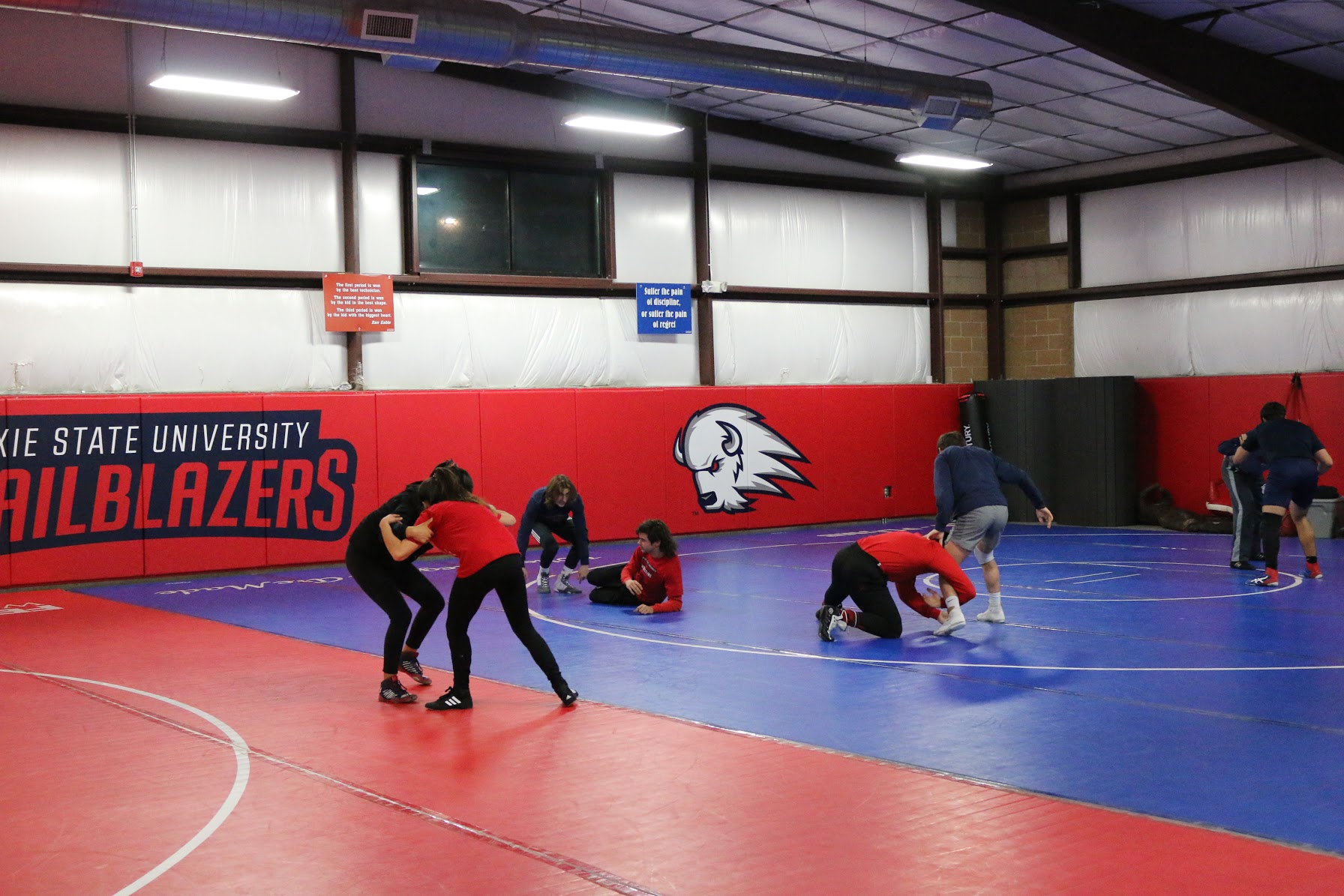 The Dixie State University men’s and women’s wrestling club practice at the Frank Habibian Wrestling & Athletic Center. They are training for their first tournament. Photo by Madison Anderson.

The Dixie State University men’s and women’s wrestling club are preparing rigorously for their upcoming tournament.

The team expressed excitement about traveling and competing for the first time this year. It was preparing and practicing every day for this tournament. For many of the boys, this is going to be their first wrestling match at the collegiate level.

Jantsen Manis, a freshman psychology major from Delta, holds the 2A Utah State Championship for the 220 lb. weight class, but this will be his first time wrestling at the collegiate level.

Other wrestlers are going into this tournament with the determination to beat the competition and come back to DSU with a winning title. The wrestlers said they will be working harder than they did last year in hopes to come back with a better title.

Jakob Stucky, a junior exercise science major from Plainview, Minnesota, wrestling at 174 lb. said, “Last year I didn’t have the end result I wanted, but to have a different result this year I am preparing differently, [and] I am focusing on my mental state.”

Head coach Wayne Briggs has been working with DSU for years to build a wrestling program at this level. He said he feels that this year is the strongest group of athletes he has been given the opportunity to work with.

This is the second year DSU has had a female wrestling team. Kiana Herder, a sophomore biology major from Parker, Arizona,  wrestling at 109 lb. said: “I chose to wrestle with DSU even though our numbers dwindled down. I know the heart and dedication in each of the wrestlers will always be there. Every person here has a love for wrestling.”

The wrestling team has come a long way to get where it is now. DSU gains more respect each year with each title the teams bring home. Briggs has been working with the DSU wrestling team over the years to gain recognition from the National Collegiate Wrestling Association. He does almost everything for the team, from driving them to every tournament to personally coaching every wrestler he has.

The Trailblazers have been preparing for over a month and this tournament will set the pace for the rest of the season. The team will be leaving Nov. 14 for Embry-Riddle Aeronautical University in Prescott, Arizona. The tournament is Nov. 15-16.