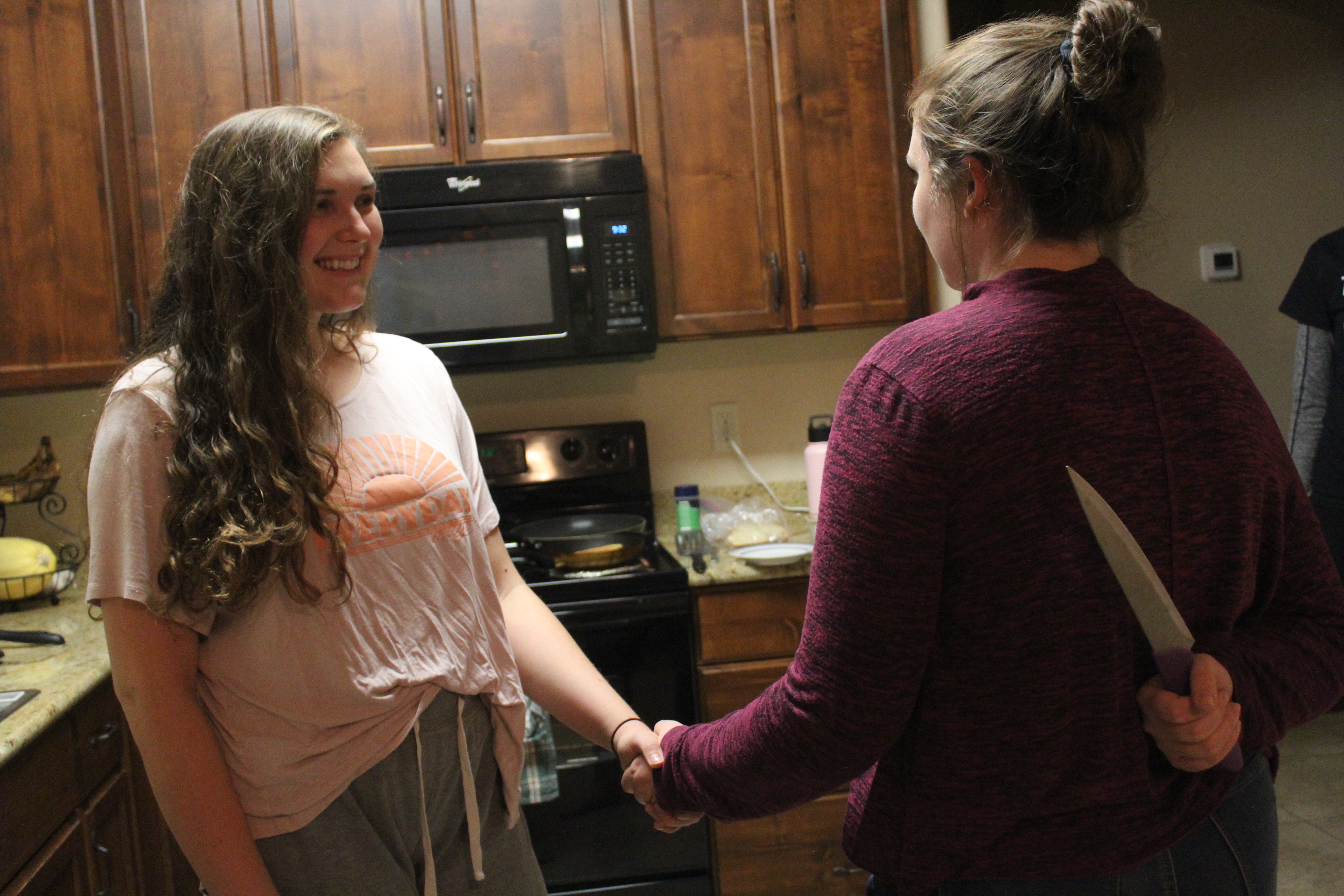 Amber Maddox, a physical therapy major from Salem, smiles and greets Kate Maddox, a media studies major from Salem, not knowing the dangerous risk behind Kate’s back. Social undermining can cause harm to oneself, and must be stopped. Photo illustration by Madison Boyd.

Social undermining is a problem and it needs to stop.

For example, if you make a joke about how, “Oh, I’d totally switch my major from English to sociology if I didn’t have to take an extra math class,” and your friend, in a more serious manner, says something like: “English majors don’t have too many applications in my personal opinion. I think sociology would be a great major for you, and I encourage you to take that math class.”

That. That is social undermining, and it’s so not cool.

Social undermining is an issue in all social situations, but the worst offenders tend to be people in competitive work environments — think Emily and Andy’s rivalry in “The Devil Wears Prada” — and people perpetuating stereotypes about “useless” majors.

In this particular example, no matter what your major is, there’s going to be some kind of job market for it. Otherwise, why would the major exist? The market may be narrow, but the person who just got discouraged could’ve been the best in their field for all anyone knows.

According to FiveThirtyEight: “While focusing on more practical majors — such as business — may seem like the best route in the short term, majoring in the humanities may be more beneficial in the long term. … After people who focused on the social sciences and humanities as undergraduates attend graduate school, they may end up working as lawyers or professors, which are high-paying professions.”

That’s why we should all be more conscious of what we say and do our best not to undermine others’ goals. If your friends want to be English majors, Instagram influencers, YouTubers or even — God forbid — the next E.L. James, let them do it. Your friends may fail, but then you can continue to support them as they find a new goal, which they may even ask your opinion about.

Stop social undermining by watching what you say and focusing on social support. If your friends are the social underminers, call them out and encourage them to do better.