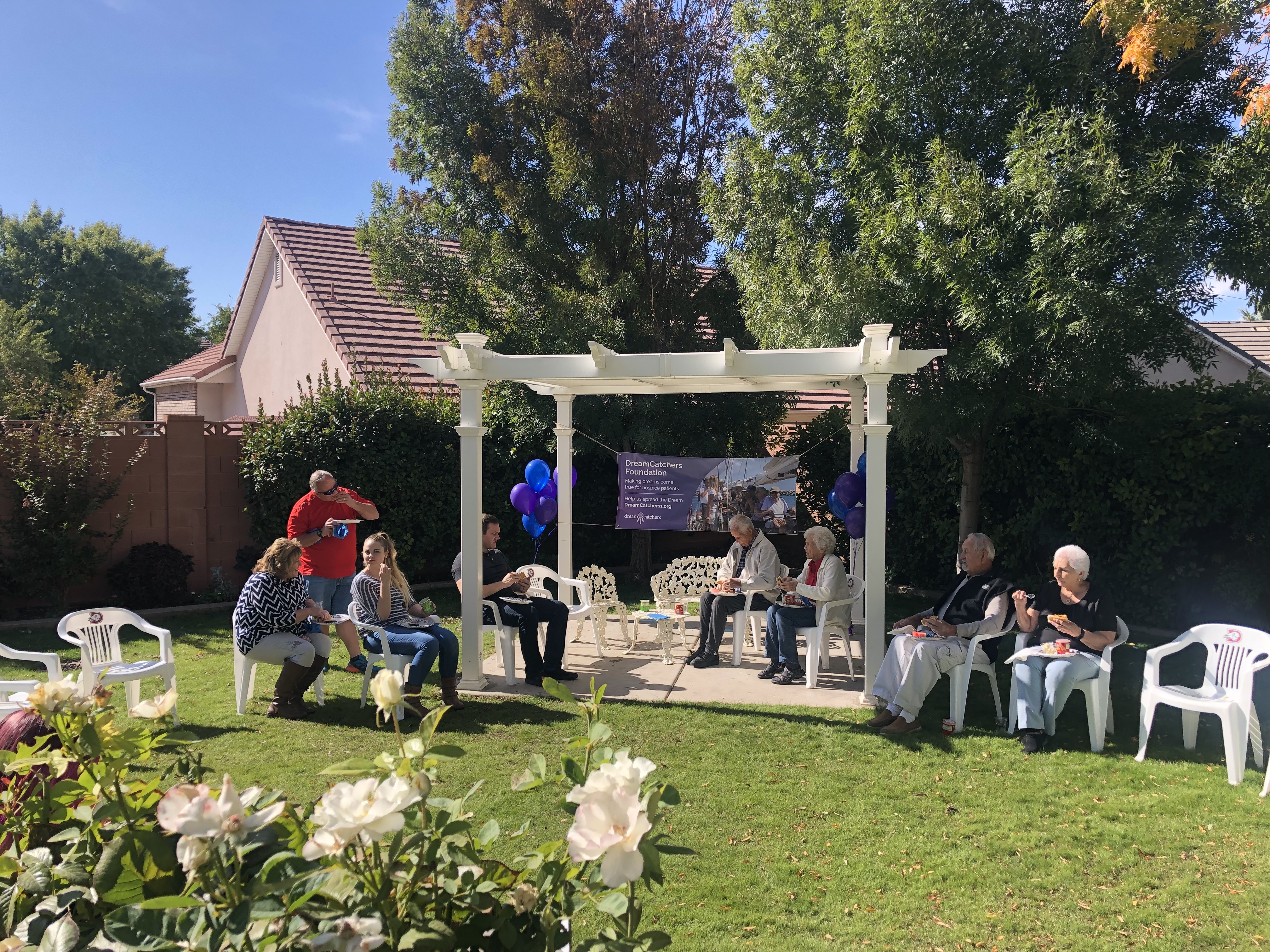 Dixie State University hosted their first ever Dream Catchers event giving terminally ill patients a chance to connect with the past. The Hospice DreamCatcher Foundation is a network of high school and college student clubs whose mission is to fulfill the dreams of local hospice patients in their community. Photo by Jessica Johnson.

The first-ever Dixie State University Dream Catchers event was held Saturday, giving a terminally ill patient a chance to connect with the past.

The Hospice Dream Catcher Foundation is a network of high school and college student clubs whose mission is to fulfill the dreams for local hospice patients in their communities, said Shaq Daniels, a freshman general studies major from Mesa, Arizona, and president of the Dream Catchers chapter in St. George. Daniels presented the idea of making a dream catcher club for St. George to his school adviser, Karyn Wright, and together teamed up with the Dixie Home Rehab & Hospice center to fulfill one lucky patient’s dreams.

The event was held for Kenneth Spinlove, also known as “the doctor” over the citizens band (CB) radio and a patient at Dixie Home Hospice who was diagnosed with dementia. Spinlove is a retired semi-truck driver living in Hurricane. Driving as a private truck driver, Spinlove said he worked across the United States for more than 40 years.

Monique Hansen, Spinlove’s nurse at Dixie Home Hospice, said any time they would want to talk with Spinlove at the hospice center , they would often watch YouTube videos about semi-trucks that Spinlove used to drive in the past.

“He really opens up when talking about his job,” Hansen said.

The event was hosted at the Dixie State alumni house where Spinlove and Hansen pulled up in a semi-truck driven by Jim Schoonover, an old colleague of Spinloves. Greeted by family and friends, Spinlove, Schoonover and Hansen exited the vehicle to eat Spinloves favorite food: hot dogs and ice cream.

“[Kenneth] would always bring us presents from all over the United States growing up,” said Wendy Spinlove, daughter of Spinlove. “The best times were running outside and seeing the truck pull honking his horn.”

After eating, Daniels thanked everybody for coming and gave gifts to both Spinlove and Schoonover commemorating the event. Spinlove was given a dream-catcher to remember the event.

Hansen also thanked Daniels and everyone else who showed up. She said she appreciated the opportunity to be able to connect with her patient and hopes that more of the community will pitch in sponsoring more events in the future.

Danna Spinlove, daughter of Spinlove, said she wanted to give a special thanks to everyone who helped. Especially Dixie Home Hospice and Hansen for her dedication and help.

“This is the best birthday party ever,” Spinlove said.