Homecoming at DSU has undergone change, still maintains some traditions 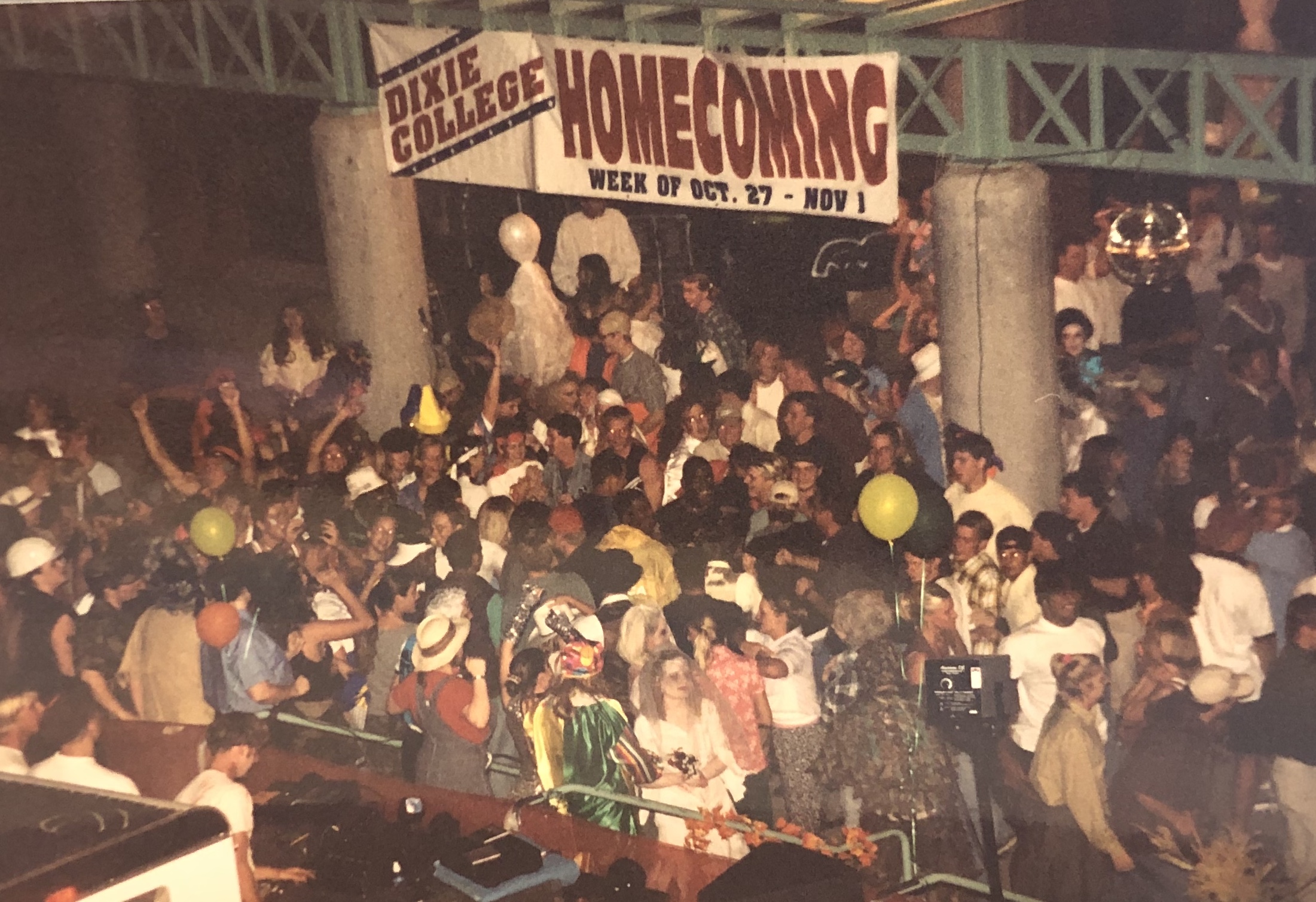 The Dixie State University community will be gathering together for homecoming week yet again to participate in traditional activities that stretch back into DSU’s long and controversial past.

Plenty of current traditions date back clear into the ’70s; however, there are some traditions that have been long abandoned.

“Homing ’77 begins Tuesday at 12:00 noon in the Amphitheatre,” wrote Marilee Camp, writer for the Dixie Sun in 1977. “Several strong, good-looking eligible slaves will be auctioned off. Save up your pennies, dimes and dollars to buy the slave of your choice.”

The “Slave Auction” was held during DSU homecoming week until 1980, according to Dixie Sun News archives.

Barry Kawa, a reporter for the Dixie Sun News in 1981 wrote: “Slavery is alive and doing well at Dixie as the annual Forensics Slave Auction will be held next Thursday in the Sunroom… The ‘slaves’ will do kitchen work, house-cleaning, window washing, etc. for their paying ‘masters.'”

John Bowler, director of alumni relations, said this past cannot be judged based on what the eye sees. Rather, Bowler said the rebel spirit was more about blazing their own trails in their own way, in their own time.

Bowler said: “They were pioneers. We still continue to be that. Trailblazers is really that same concept of ‘We have got to create our own way.'”

Another less-controversial tradition that has been abandoned is the homecoming dance.

Kelli Lunt, DSU alumna who graduated in 2000, said one of her favorite things about homecoming was the formal dance.

“I am in shock [DSU] doesn’t do dances anymore,” Lunt said. “I remember going with a big group of friends, getting dinner beforehand… probably going to a bonfire after.”

There is still a Hall of Fame Induction Ceremony and a Homecoming assembly, but nothing specifically dedicated to Founder’s Day.

There are, however, still plenty of traditions DSU does for the community. The most notable being the Miss Dixie pageant, the football tailgate, the homecoming game, and the homecoming parade.

Even these traditional events have experienced some change. For example, according to a 1976 Dixie Sun News article, the 1976 Homecoming Queen pageant included a talent competition, a production number and formal wear. This year students can expect the contestants to compete in athletic wear, formal wear and talent.

Beth Nelson, DSU alumna who graduated in 2006, said she doesn’t remember much about homecoming from her time at college, but she enjoyed her college experience.

“I love [DSU],” Nelson said. “Dixie was one of the [most fun] times of my life. I love the smaller college feel and I felt like it was easier to connect with people on a smaller campus.”