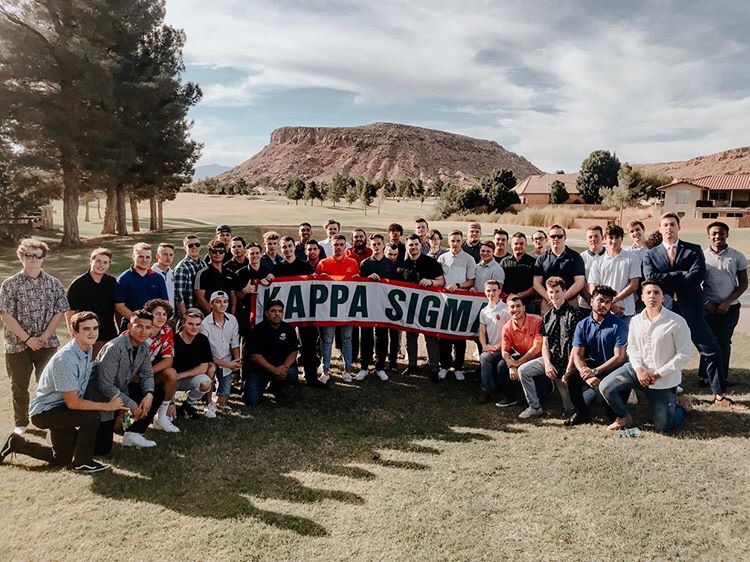 A group of Dixie State University male students been fighting to start a fraternity at DSU despite multiple denials by the institution over the years.

The students started a club in  of 2019 called DSU Colony and have continued with the intention of creating a fraternity by identifying themselves as Kappa Sigma Dixie Chapter, according to their Instagram page.

DSU Colony had a flyer going around campus that stated, “Do you want to be a part of the first fraternity at [DSU]?”

The students are risking a potential lawsuit by promoting their club as a DSU fraternity, Dean of Students Del Beatty said.

Beatty said the institution gave the club a few rules to follow to see if they would be able to handle a fraternity if one were to be formed in the future.

Those things include: Chartering yourselves and function as a club to prove that you can be a good asset, don’t identify yourselves with DSU at all, and don’t promote yourselves as a fraternity with DSU, Beatty said.

The students have room for improvement if they wish to maintain their active status as a club, said Anilee Bundy, assistant director of student involvement and leadership, clubs and services. The club has failed to meet the requirements as of spring semester 2019, including involvement in club based campus activities or completion of a service project.

Beatty was approached by the students one year ago to receive support for their fraternity; however, he said the university does not allow Greek life because it comes with a huge liability. The school would need to come up with the funds for a Greek house, specialized insurance, and an employee to supervise. If this were to happen, tuition rates would increase tremendously.

Beatty said another reason for the denial is Greek life will not provide something that the university doesn’t already provide. The university has an active student life organization that brings students together and forms bonds.

Beatty said the administration does not think Greek life is important to the university because there are more important things to focus on such as expanding the university and doing anything to make college the best possible experience for the students.

Another group of students was interested in forming a fraternity in 2012, and it was denied by Dr. Stephen Nadauld, the president at the time. The students retaliated by threatening the university with a lawsuit for discarding their right to freedom of speech; however, the lawsuit was never filed because it clearly states in the Dixie State University Student Association clubs and organization bylaws that the university does not allow fraternities.

Gavyn Cundari, a junior major from San Diego, and president of DSU Colony, said their fraternity has been approved for a fraternity colony by the national office of Kappa Sigma, the largest college social fraternity in the world, but does not yet have a chapter.

Cundari said they do have an option to be a St. George Chapter and not be acknowledged by the school, but that’s not what they want because they think a fraternity is something DSU needs. A fraternity is open to anybody; it brings together a group of guys with different backgrounds and personalities and forms brotherly bonds, he said.

Cundari said their fraternity would be centered around the fact that you don’t have to party to have fun.

“[We want to] show that we’re not the typical frat guys that get drunk,” said Hunter Wood, a sophomore exercise science major from San Diego, and DSU Colony secretary.

Cundari said there’s nothing more they can do right now about being approved and they’re trying not to focus on the negativity from the university.

“I wish them well [and] I want them to be successful, they just need to play by the rules,” Beatty said.