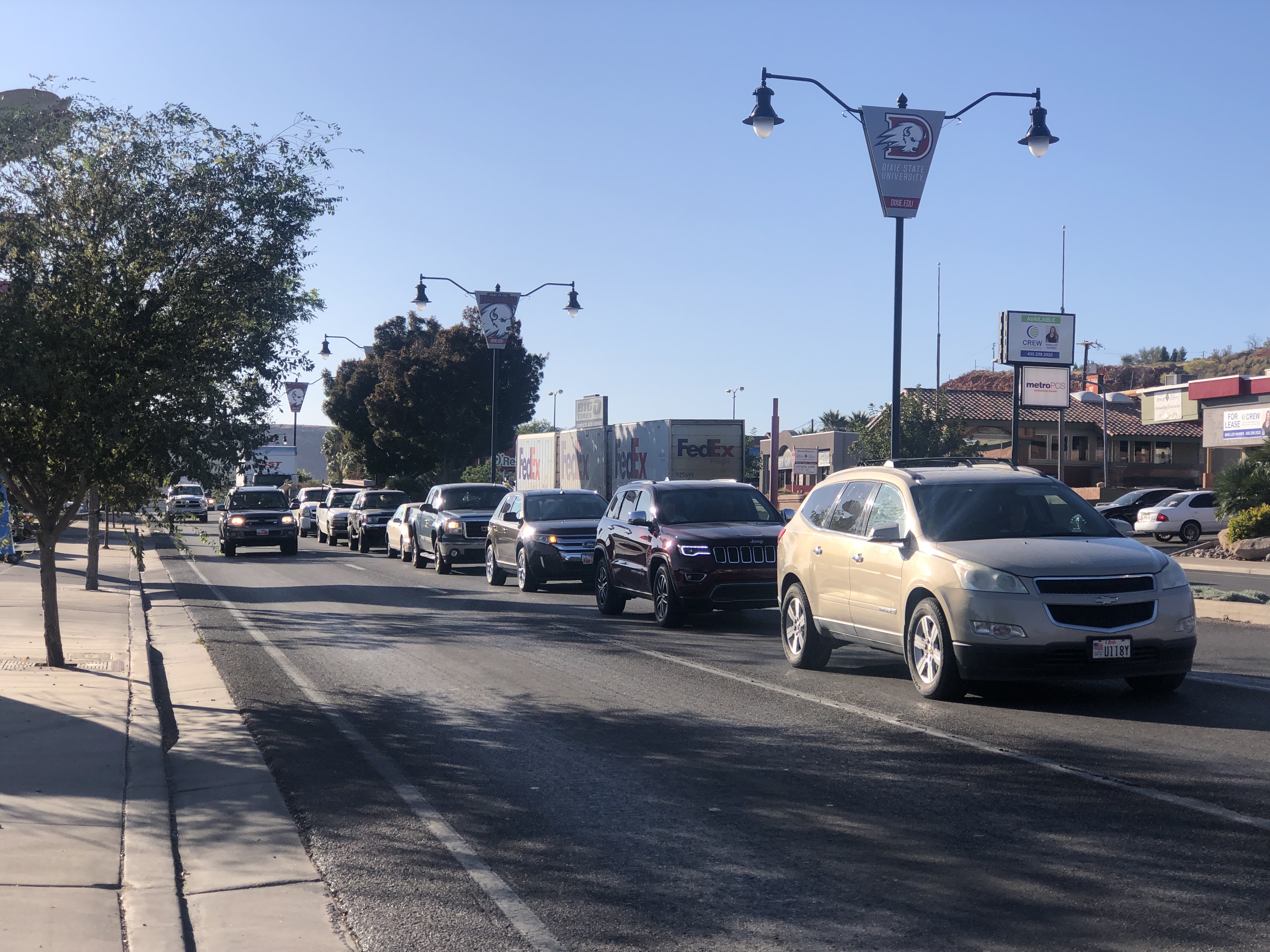 St. George is not built for the number of people coming into the area, and it is causing traffic jams on every street in the city. It becomes quite an inconvenience for locals because many move here for the “small town” feel and end up being overcrowded. Photo by Jessica Johnson.

St. George traffic. A frustrating, annoying, issue that only seems to get worse as time goes on and the city grows. As a college student, it is extra frustrating to deal with locals and visitors when most Dixie State University students move here for the “small-town” feel St. George provides.

St. George is currently the fastest-growing metropolitan area in the United States. With this fast growth comes a plethora of people, both tourists and newcomers to the area trying to make the city their new home. St. George is not built for the number of people coming into the area, which is causing traffic jams on every street in the city.

St. George is the “most secure and best place to live” according to Insurance Journal, but because of this growth, other issues that are extremely frustrating to locals are arising. It used to take only 10 minutes at most to get pretty much anywhere in town. Now, it takes at least 25 minutes.

This is quite an inconvenience for locals because, as stated earlier, people move here to get that small-town feel; however, it is becoming as crowded as the place they moved from.

The number of people immigrating into St. George is not going to change, But what can change is the way the city will take action on making traffic better for everyone.

The city of St. George needs to make traffic better by expanding the city limits and encourage the use of public transportation.

Expanding the city limits is essential to properly manage the number of people and cars in St. George. The city is currently expanding, but not fast enough. And while the city is planning its expansion plans, there needs to be a lot of thought into road construction. The roads need to be wide enough for the increase of people living and migrating through the area.

St. George city provides the Sun Tran as the main form of public transportation. Fare is $1 to any destination and DSU students can ride the Sun Tran for free if they show their student I.D.

Spin scooters are another form of public transportation that has recently made its way to St. George. These electric scooters can get up to 15 MPH and charge 15 cents every minute of the ride. It is a great way for students to get to and from campus and around town without the hassle of driving.

St. George traffic should be and can be under control. It is just up to the city and people who care to make the changes happen.