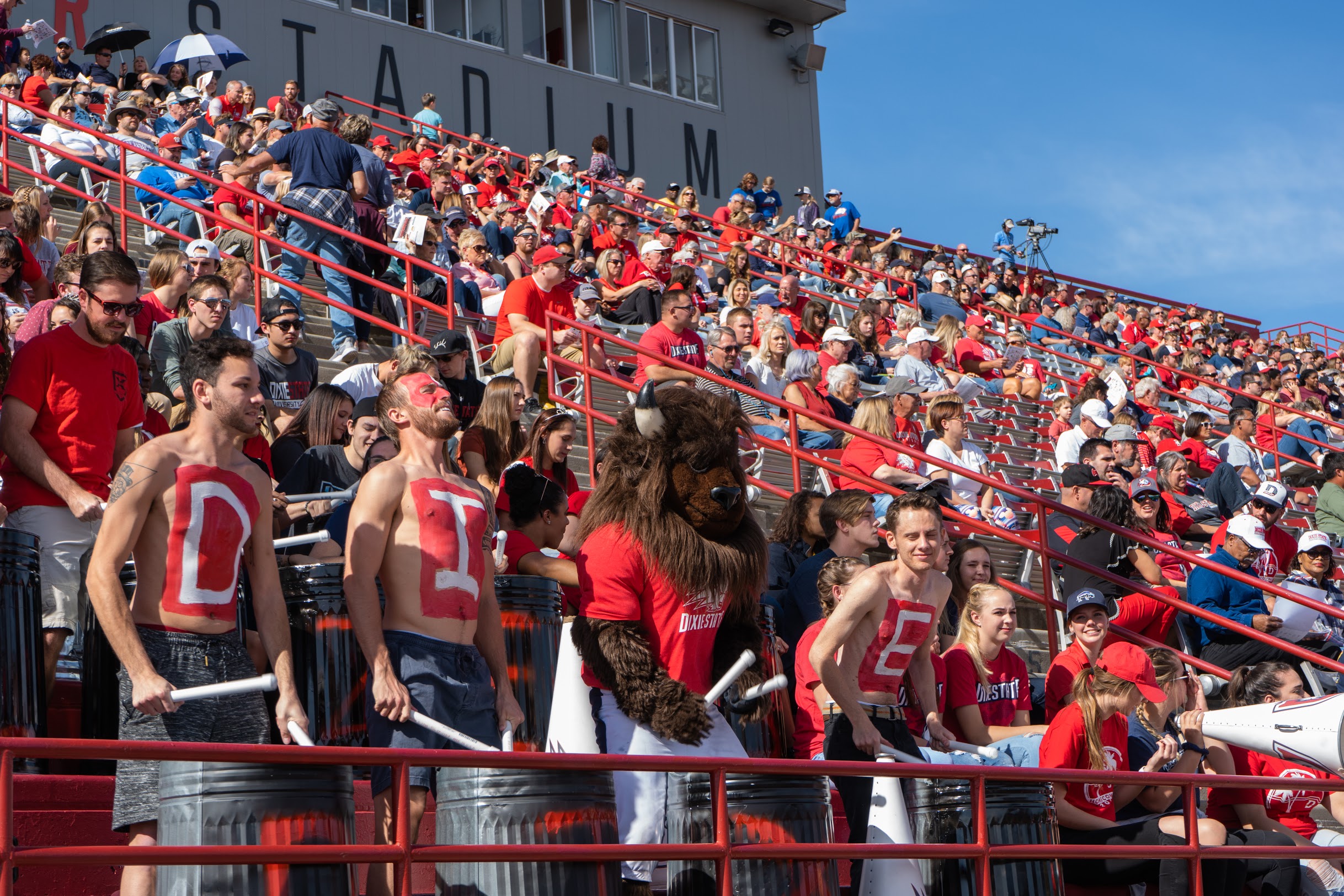 The stampede cheers on the football during the 2018 homecoming game. Homecoming at Dixie compared to other universities is missing a lot says Madison Anderson. Photo courtesy of UMAC.

Homecoming is a time where students come together to celebrate school spirit, which Dixie State University is lacking in.

Dixie State’s homecoming week consists of a carnival, a car show, the Miss Dixie pageant, a comedian act, a 5K run, an alumni banquet, a drive-in movie, and of course the homecoming parade and football game.

Homecoming is a time for students, community, staff and alumni to come together and make memories as well as reminisce about the good ‘ol days. Homecoming can encourage current students to become participating alumni and stay involved with the university after they graduate. It can also encourage past students to come back and support DSU.

According to Varsity Brands, “Research found that students with higher levels of school spirit also have higher average grade point averages and are more likely to plan to further their education than students with lower school spirit.”

So why put this event halfway through the semester when if put earlier it, would increase students school spirit which in turn could help boost their grades and their overall college experience?

We also don’t get to participate in true Trailblazer during homecoming week. For those who are unaware, True Trailblazer is where after the Chaos dance everyone rushes into the fountain and kisses their significant other or just some other students. This year the event is taking place on Oct. 31, which is five days after homecoming.

UVU, USU, The University of Utah, and BYU all have formal homecoming dances whereas DSU usually has a costume party. I, for one, want a formal dance and here at DSU since no formal dances are held during the year.

My School Dance’s, states multiple benefits of formal dances such as great fundraising, creates a sense of community, boosts morale, and allows students to make memories that will last long after school ends.

Homecoming is a time of fun, memories and school spirit. I believe that is something Dixie can improve on.

Dixie needs to find when the best time is to have homecoming and what events are going to get students more involved. It’s time to talk to our student government and revamp our homecoming week. Go to http://www.dixiestudentlife.com/ to leave your suggestion. You can also contact them by calling them at (435) 652-7512.