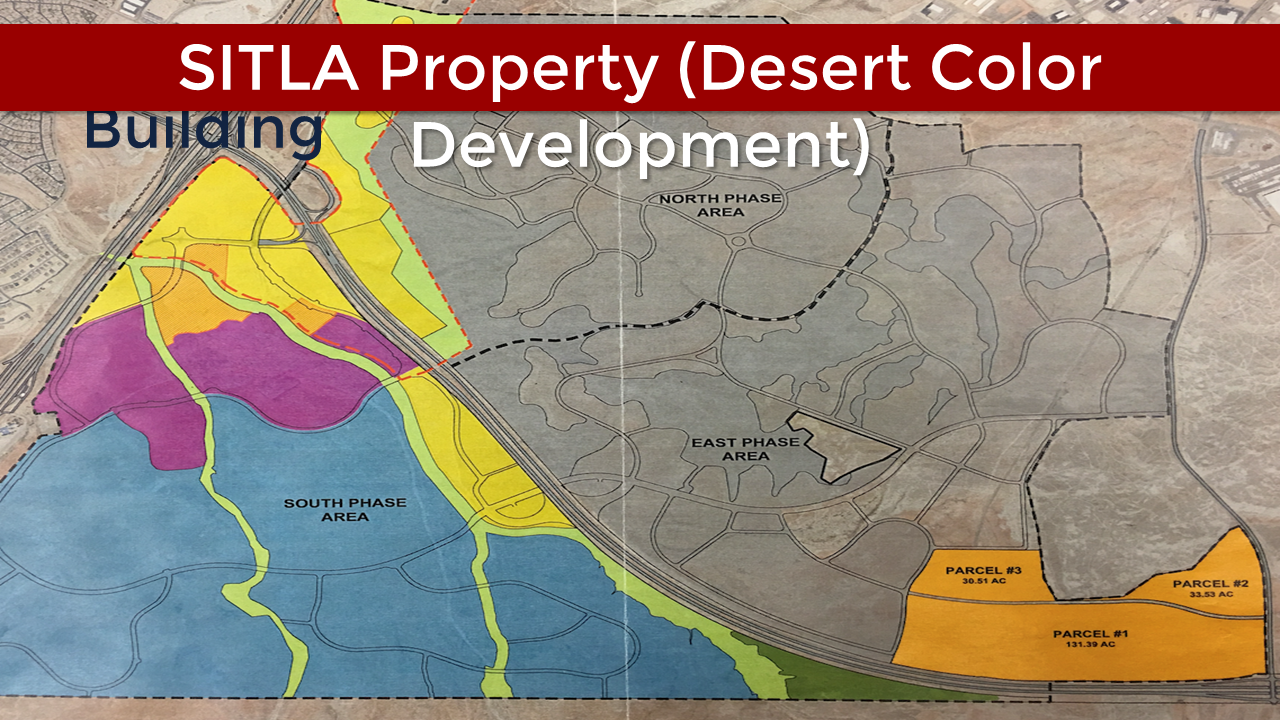 Map of the new land that Dixie State University is buying. The new land will expand the university's campus.

Dixie State University has new things in store for students; with DSU in the process of purchasing new land, the opportunities are endless.

DSU is looking to expand the campus and make room for more students than are currently attending because there is expected growth in the student population at DSU.

Paul Morris, Vice President of Administrative Affairs, said the majority of students that attend DSU are from Washington County, and this county is one of the fastest-growing counties in the country.

The population in Washington County is currently around 100,070 people, but by 2065 it is expected to be two and a half times that, Morris said.

Morris said DSU is in the process of purchasing some land south of the main campus.

Morris said the new land will be out on the corner of Southern Parkway and River Road, near the St. George airport.

“The growth is coming in from the east and coming in from the west, and it’s all kind of converging, or will converge in that area,” Morris said. “So this property will be prime property right in the middle of the biggest growth area in St. George.”

Morris said the price they will have to pay for this new land is valued at about $10 million and it will contain about 126 acres.

Morris said it will take approximately 12 minutes to drive to the new land from the current campus, and an extra five minutes to the airport.

“We are excited about the possibility of purchasing [the new land], but we still have a long way to go because the money is the biggest step now,” Morris said.

Morris said DSU has yet to decide what they are going to build on the new land.

“It could be a myriad of things we would do,” Morris said. “We probably wouldn’t do anything on the property any sooner than 5 to 10 years, and then we would just look at our greatest needs at the time and decide exactly what that means in the future what we put on that property.”

Michelle Russell, a senior individualized studies major from Portland, Oregon, said she was unaware of the new land that DSU was purchasing, but thinks that it would be a great resource for the school to have.

Russell said she would love to see this new piece of land be used for the possible growth of the communication studies department and she thinks that it is a great way to reach students who live close to that location.

“Communication is a part of my major and that communication building needs to be somewhere else,” Russell said. “I don’t know if that is the answer to put [the Jennings Building] all over there because it would be a pain for students to have to go that much further, but it would reach some of the people over there.”

Bryant Flake, executive director of planning and budget, was unavailable to comment.