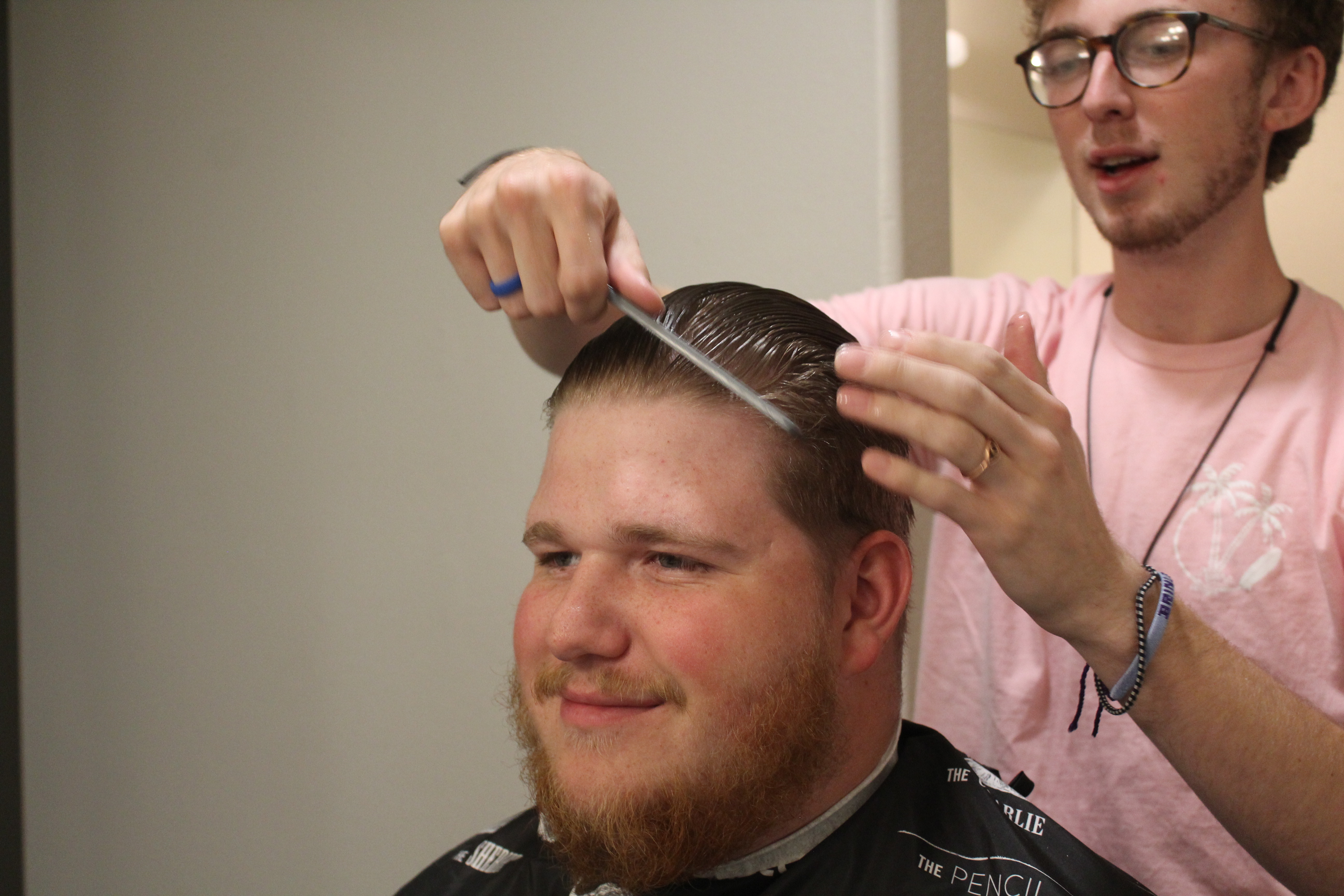 Hunter Gibbons, a freshman business major from Riverton, cuts the hair of roommate Justin Anderson, a freshman psychology major from Park City. Gibbons cut hair during a 9 month service based mission in Chile, and decided to continue during the school year. Photo by Madison Boyd.

A Dixie State University student has taken an innovative route in providing a cheap service for other college students, and it’s called Underground Cuts.

Gibbons advertises his business by putting flyers up around campus and posting on Instagram. He said he hopes that in the future more business will come so he can practice his trade; however, he said the business is going well so far. Gibbons said he has had five appointments in the last month.

Jason Clark, a real estate manager and one of Gibbon’s first customers, said Gibbons does great work and he would recommend him to any student in St. George.

Donghyeok Shim, a freshman business major from Seoul, South Korea, said he sought out Gibbons after finding one of his advertisements on campus. He said Gibbons provided a hospitable atmosphere while doing a great job.

Gibbons started cutting hair because it was a useful life skill, but now it has evolved into something greater than he anticipated. Gibbons said he wants to open up his own barbershop one day and find a way to add his own unique style.

“It’s my passion, so being able to do this while getting an education is a win-win scenario,” Gibbons said.

Gibbons said during his senior year of high school he went to hair school, Jordan Applied Technology Center, to get an early start on working; however, halfway through the program he postponed finishing to serve a mission for the Church of Jesus Christ of Latter-day Saints.

Now back in St. George, Gibbons said he is looking forward to gaining more experience so he can finish barber school. Gibbons said, for now, he plans on staying and settling down in St. George but is open to whatever may come his way.

Having a side business and going to school can take up a lot of time and effort. To manage the stress Gibbons said he likes to play guitar, watch movies and eat food.

You can find Underground Cuts on Instagram @underground.cuts or text Gibbons at (801)-831-5018 to set up your appointment today.