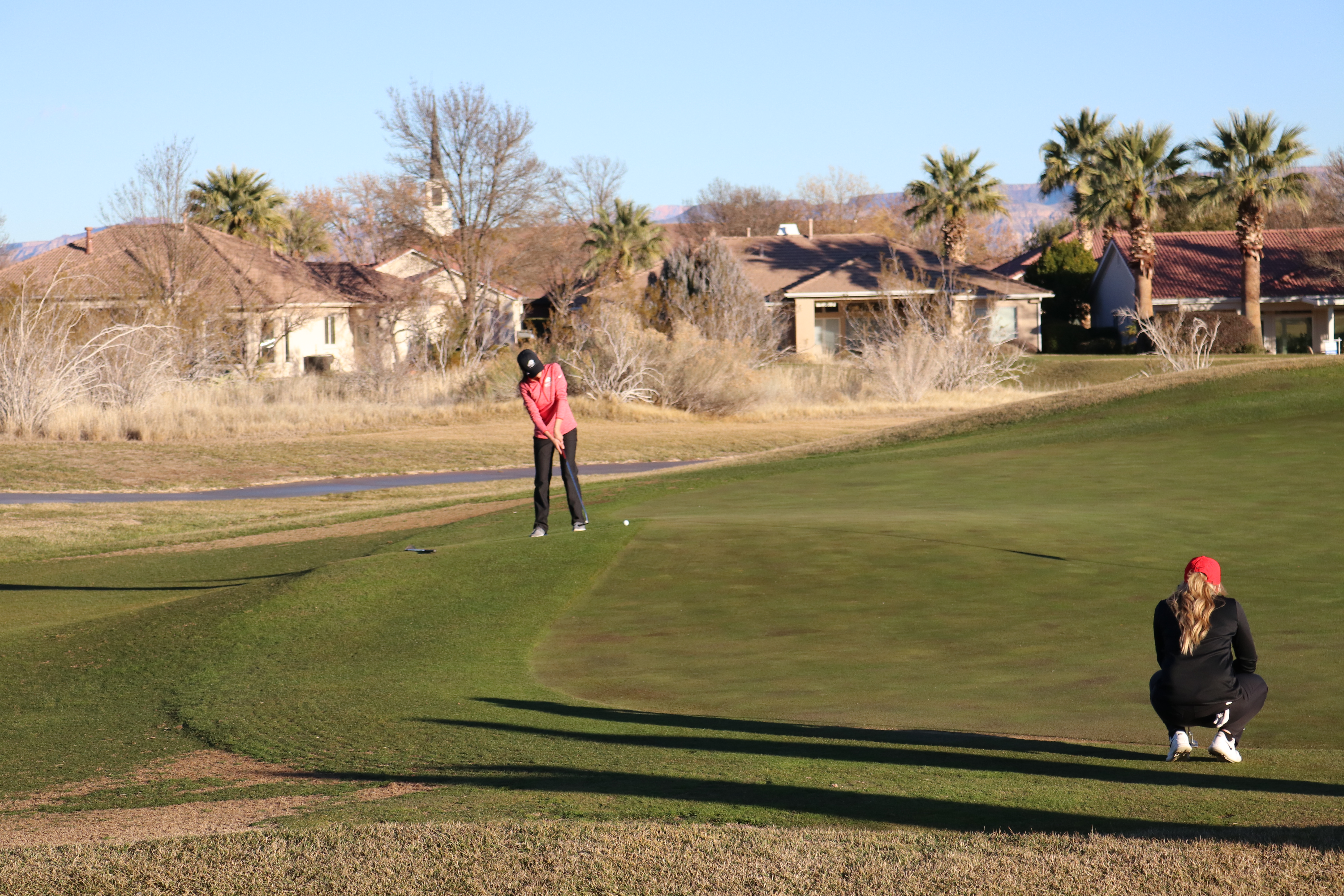 The Dixie State University Fall Invitational is here and the DSU women’s golf team is eager to test themselves against some of the top teams in the country.

The 6th annual DSU Fall Invitational will be held at the Sand Hollow Golf Course. The tournament will have 14 teams competing in the 36-hole tournament starting Monday at 8 a.m., and finishing the final round on Tuesday with an 8 a.m. shotgun start.

DSU came in 6th at the Western New Mexico/Regional Junior Golf Association’s shootout. Stucki said the team had a great start of the season but this recent tournament showed them what they needed to build on.

Stucki said, “Adjusting to the conditions on the second day and playing in the wind, which I think we will this face at the next tournament, is what we needed to work on.”

Senior Ashley Fernandez, an English and communication major from Anaheim, California, said the team dynamic is different compared to other seasons.

“We’re a lot closer than we have ever been and it really translates to the field,” Fernandez said. “Even though it is competitive with each other and other teams, I know we still want the best for each other.”

Jenique Jacobs, a sophomore criminal justice major from Salt Lake City, said her first collegiate game was scary, but staying conditioned for the next tournament will help them win.

“We’ve got the best team we have ever had and we’re looking forward to going out with a bang for our last year in Division II,” Stucki said.