New podcast booth available for use by DSU, community 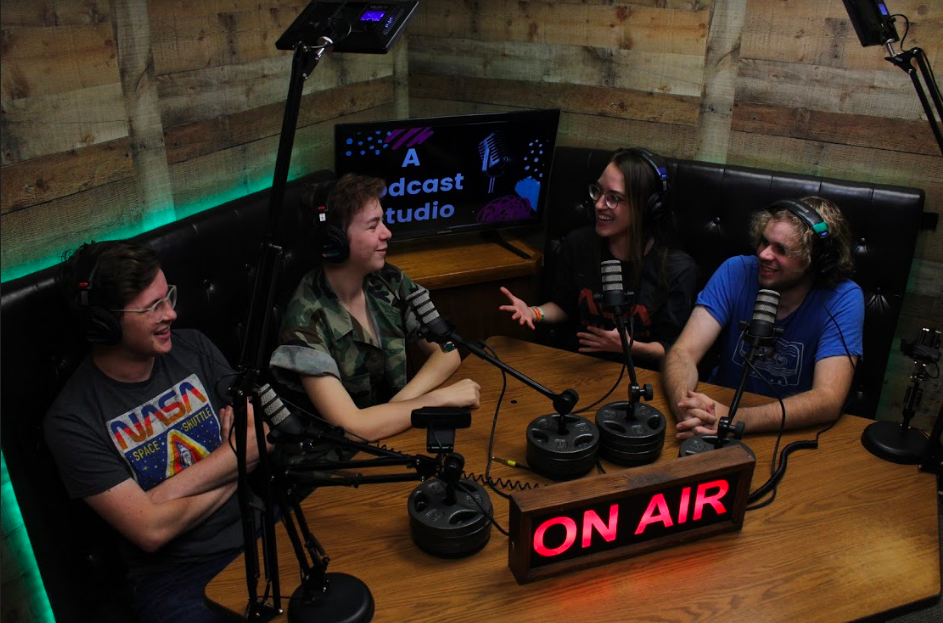 The Radio Dixie podcast booth is capable of capturing multiple video and audio recordings at the same time and is available to students and staff on campus. Students are able to record quality audio and video in one place and have access to high quality equipment. Photo by Jessica Johnson.

Radio Dixie has a new creative outlet for students and the community. Featuring professionallevel equipment and programs, the podcast booth is a cheaper alternative for everybody.

Shawn Denevan, director of Dixie Radio, designed and made a regular recording room into a podcast booth. The construction started in July and was completed in August. He began the renovations after making portable mobile recording units for local high schools such as Snow Canyon High School, Pine View High School Saint George Academy.

Denevan said the easy to use interface of the recording units gave him the idea for the booth.

“The idea started over the summer,” Denevan said. “I wanted to make something that everybody could use and show them how. “

The podcast booth is a recording room with four microphones set up side by side, two cameras to capture both sides of the booth, and a third camera to capture a wider complete shot of the booth. The booth also features a dual monitor computer with a sound mixer and microphone. The walls of the booth are covered in acoustic soundproof foam panels that help the recordings be crisp and clear.

“[Students] can record quality audio and video in one place at the same time, this saves a lot of time and money,” said Alec McCormick, a junior film major from Las Vegas. “Other students should definitely take advantage of this.”

McCormick said the booth enables students to do more without the hassle of renting out a commercial studio, which usually can run on $50 per hour. He said there are regular groups that come to the studio specifically for the podcast booth’s video and audio recording for personal projects.

St. George resident Brett Baldwin said, “I had no idea this existed; I’m going to put in a request to see if I could do some recordings.”

Baldwin says he will use the booth for personal live sessions playing bass and guitar.

This new Dixie Radio addition allows students, staff, faculty and even local residents to familiarize themselves with the proper equipment used for media production.

Denevan said once all the equipment was delivered it didn’t take too much time to put everything together. He said the hardest part was waiting for the microphones to arrive due to the delay in shipping. For the most part, it was fairly inexpensive purchasing from online, local listings and international sellers; most of the effort came from finding the right tools for the job.

The booth is located at the north end of the Jennings Communications Building and is available to all who want to use it –  or not. The DSU body may use the booth for free; however, inquires from the public should specifically reach out to Denevan for more details. The booth is currently at a first-come-first-serve basis, Denevan said.

To request a time to use the booth, contact Denevan in his office at the Dixie Radio Station in the Jennings Communications Building, email him at denevans@dixie.edu, or call at 435-879-4319.