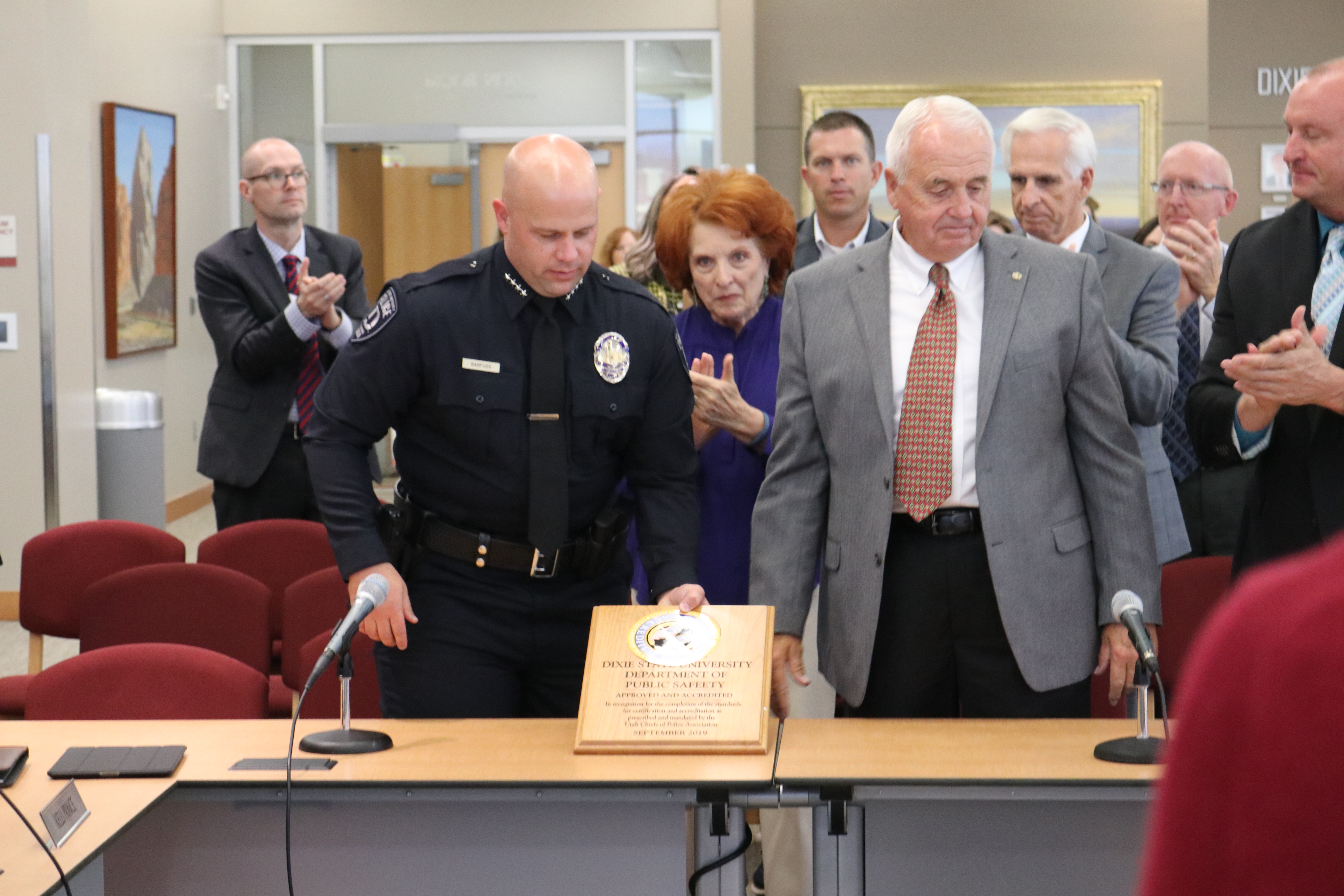 Chief of Police Blair Barfuss sets down the accreditation plaque during the board of trustees meeting on Sept. 27. Accreditation is voluntary in Utah. Photo by Madison Anderson.

The Dixie State University Police Department received its accreditation at a board of trustees meeting on Sept. 27.

The accreditation was granted through Utah Chiefs of Police Association; DSUPD is the first university police department to be accredited in the state of Utah, and one of seven departments to receive this recognition statewide.

Barfuss said he has been working on this accreditation process since his hiring in May 2018, and the steps the police department went through were “extensive.”

According to Barfuss, accreditation requires:

“I want to congratulate Barfuss and his staff because it is a lot of work,” Shupe said.

Accreditation is voluntary in Utah. Upon completion, DSUPD received a plaque and a sticker to place on university vehicles to display its approval.

DSUPD’s achievement is creating a ripple effect throughout the state.

“We are very happy because we have had some other universities who have inquired that they want to be part of the process,” Shupe said.