Black market vape products cause of recent death in teens 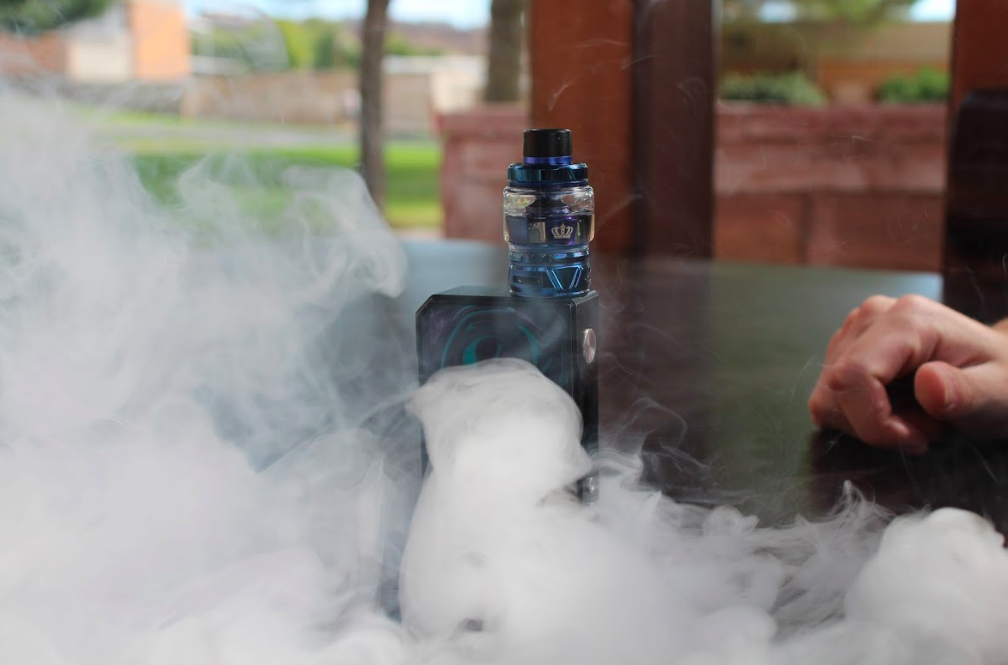 Teens are more likely to smoke an e-cigarettes, vapes, or juuls before they would smoke regular cigarettes. In the U.S. there are 530 reported cases related to vape lung injuries and 9 deaths. Photo by Jessica Johnson.

Losing your life seems to be the new trend.

Trends in ingesting black market vape products are the cause of recent death in teens, according to nbcnews.com.

In the U.S., there are 530 reported cases related to vape lung injuries and nine deaths, according to the Center for Disease Control. Of the 530 vape related cases 67% are people who are 18-34 years old.

According to The Salt Lake Tribune, Utah’s vape related illnesses are some of the worst across the nation with health officials confirming 42 cases across the state.

Aberegg, who has been working on many of these new vaping cases, said that more than half of the Utah patients wanted to privately explain when family wasn’t around that they had been smoking THC products and not just regular vaping products as they stated before. Most patients feared the backlash they would receive from their families if they told the truth in front of them.

“America is in the middle of a moral panic, and good policy rarely follows from moral panics,” said Gregory Conley, an advocate for the American Vaping Association. “The evidence continues to point squarely at illicit contaminated THC cartridges as being the cause of all or nearly all of illnesses across the country.”

Conley said that in Utah, the state health department has released that around 90% of in-state cases are related to THC.

Josie Lathim, a freshman physical therapy major from Kanab, said: “Vaping has become a huge trend for many teens. I don’t think they fully understand the risks.”

Dr. Craig Booth, DSU Health and Counseling Center MD, said that people are even mixing drugs like fentanyl into these blackmarket mixtures which can be extremely dangerous.

“I would say to kids, if you’re going to vape, make sure you’re using clear and clean products,” said Booth, “Don’t take some friend’s mixture.”

“Recent reports increasingly indicate that these adverse events are linked to illicit substances such as THC and cannabis, not e-cigarettes,” According to the Vapor Technology Association. “Such inaccurate warnings will result in either (1) people continuing to use the risky products actually causing the harm about which they have not been specifically warned; or (2) many smokers using e-cigarettes becoming ‘scared’ by these reports and moving back to deadly combustible cigarettes.”

The VTA also stated they condemn the sale and ingestion of black market products and believe that law abiding, FDA approved creators of “clean and safe” vape juice shouldn’t be punished for the abuse of the adult products.

In addition, the VTA said they do not condone the regulation of THC, CBD or any other non-FDA approved additives to vape products.

Ac In the U.S., there are 530 reported cases related to vape lung injuries and nine deaths, according to the Center for Disease Control. Of the 530 vape related cases 67% are people who are 18-34 years old.