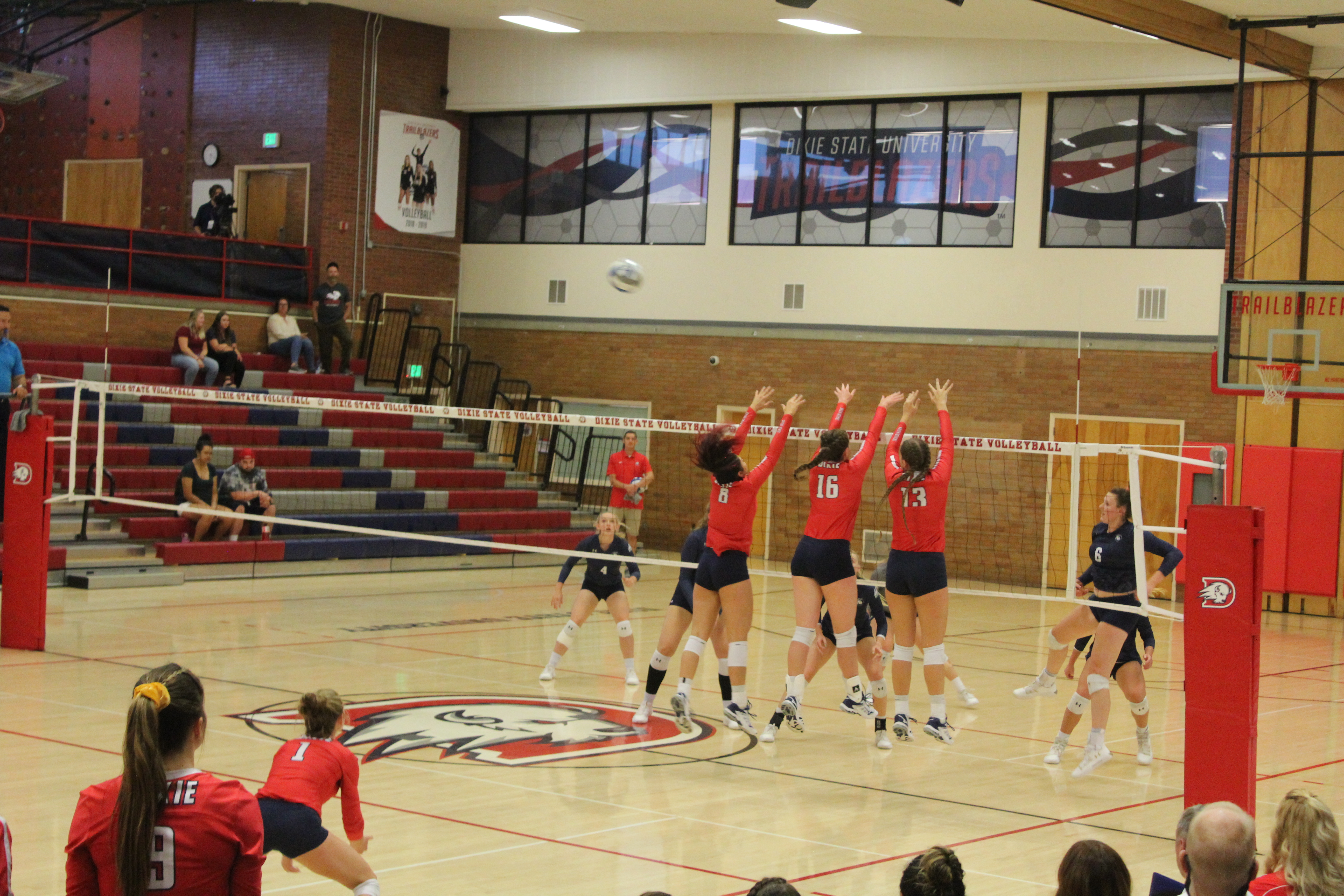 Middle blocker/outside hitter To’a Faleao, a senior recreation and sports management major from Lehi, led the Trailblazers to victory, accomplishing her personal best of 18 kills in the 3-0 SDM sweep.

Faleao said: “Being able to play defense [is what we did best]. Defense creates opportunities for offense to be able to hit the ball and our serving and passing was awesome.”

The Trailblazers tallied in 10 serving aces with four coming from middle blocker Lizzy Clark, a junior exercise science major from Sandy, and three from Faleao.

Head coach Robyn Felder said: “I think it was just a good team win. We had production from everybody, we had subs coming in to do their jobs, and honestly, when you have a hitter like [Faleao] that can just do what she does, it just makes it so easy for us to play behind her.”

Felder said they will be fine-tuning their defense at practice this week to read better and be quicker to move.

“The way we played as a team, especially our outside, [Faleao], had such a good game,” Gamell said. “She was putting in balls for us, and our back row, our passing, everything just came together that way.”

The Trailblazers have their next four Rocky Mountain Athletic Conference games on the road with Western Colorado University (6-4/2-0 RMAC) next on Friday, Sept. 27 at 7 p.m. in Gunnison, Colorado.

“We are looking forward to that game,” Faleao said. “I think we just need to work on our blocking because as long as we get that, we’ll be ready to play them.”

Felder said Western has always been a good team but they are hoping Friday will just be a warmup for the showdown against RMAC rival Colorado Mesa University (5-5/1-1 RMAC) that comes Saturday, Sept. 28.