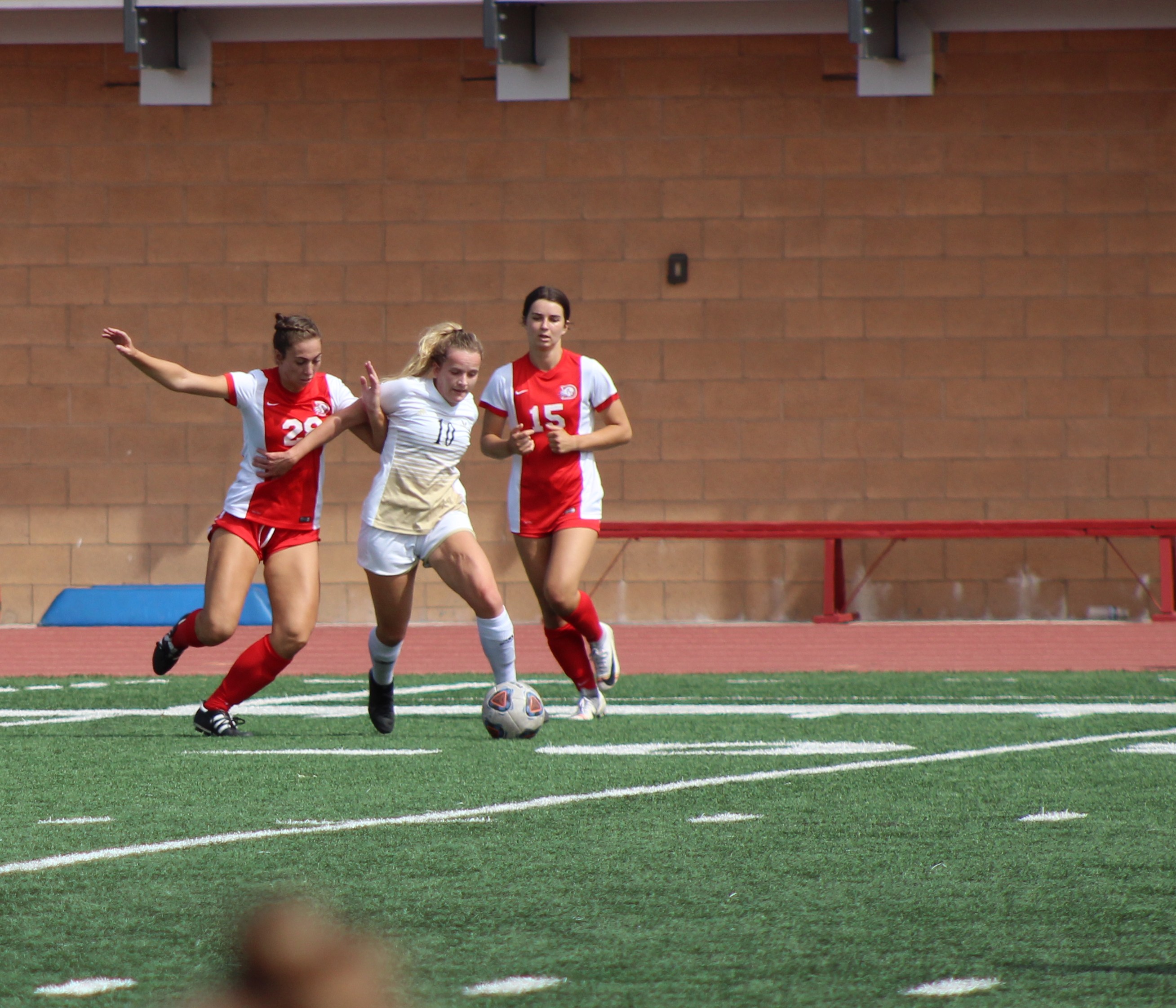 Keeping a positive outlook and staying busy is how this soccer player brings her best to the field.

“I love the environment and everything the school has to offer with all the growth and energy the school provides,” VanTussenbroek said. “It’s where I wanted to be. The only place I wanted to play [soccer] is DSU.”

VanTussenbroek had an injury at the beginning of her first season; however, this didn’t keep her down. Through extensive training, dieting and determination she was able to pick up where she left off in the spring.

“Coming back this spring was very hard,” VanTussenbroek said. “I kept messing up again and again, it was hard to keep that drive. Over the summer I tried to be as healthy as I could with meal plans, weight training and my overall mindset. Once this new season started I was shocked by how much better I did.”

VanTussenbroek said the work she put in over the spring and summer shows. The team said prioritizing communication and consistency is what helps it win games.

“Playing on her side [of the field], it’s great to have somebody who is steady and communicates,” said teammate Tess Donaldson, a sophomore in general studies major from Orem. “She really brings other people up by being a good team player.”

The season is already seven games in and the women’s soccer team has plenty of games ahead. Assistant coach Paul Kimbrough believes they have the potential to beat any team in the United States, they just need consistency.

“[VanTussenbroek] just played over 200 minutes last weekend, over two games,” Kimbrough said. “She is someone who sets the tone, someone we look forward to build that consistency off of.”

The next women’s soccer match is at Trailblazer Stadium on Sept. 27 against the Regis University Rangers.