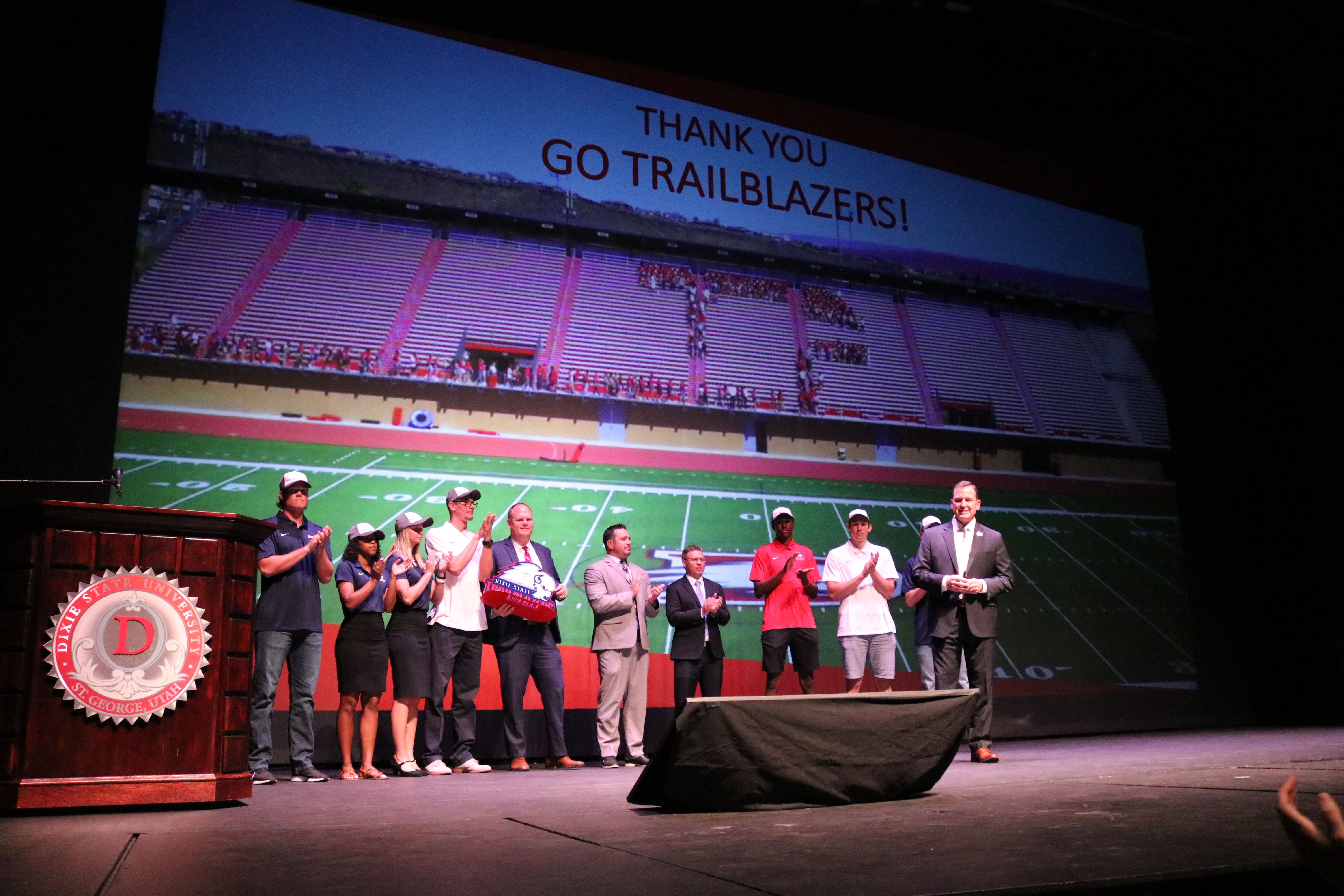 At the State of the University Address on Sept. 18, President Richard “Biff” Williams announced that Mountain America Credit Union will be partnering with Dixie State University Athletics as its official credit union.

“You can’t have a State of the University Address without some major announcement,” Williams said. “And so, I am very pleased to announce that we have entered into a 10-year agreement with Mountain America so they can be the exclusive credit union for Dixie State University Trailblazer Athletics.”

As part of this partnership, MACU will have jumbotrons and an Art in the City bison dedicated to it, and it will be supporting DSU in the move to Division I.

During the address, Williams also discussed how DSU is reaching and working toward its six Status to Stature goals. The six goals are:

This is the final year of the current five-year Status to Stature plan and a new plan being created for 2025 will be released in July 2020.

David Clark, chair of the Board of Trustees, said the university has come far since its origins, especially when considering that pioneers started teaching in the back of a wagon.

“All of you are part of that rich legacy now,” Clark said to the crowd.

Student Body President Taylor Godfrey, a senior population health major from Buckeye, Arizona, said what made the State of the University address so special is that it represents the community supporting the campus and the future of the university.