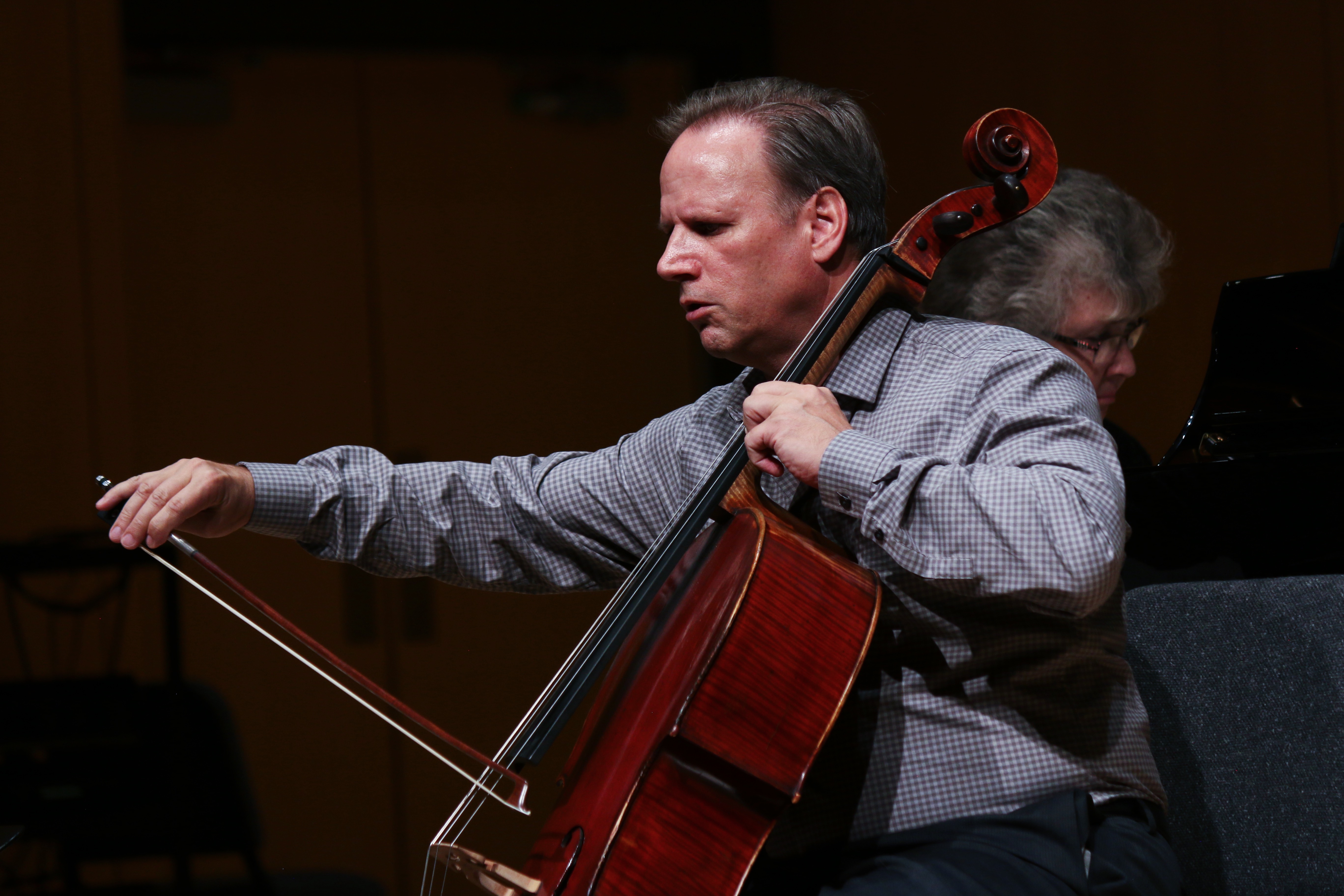 Andrew Smith, an associate professor of music at the University of Nevada, stretches his arm out in order to get the right note. Smith performed his own rendition of a song by Sergei Rachmaninoff. Photo by Jaxon Chapman

All cellists were welcome to register and play their pieces at the two-day festival celebrating the meaning and passion of music through the cello.

Kicking off the event Friday night, assistant professor of music, Dr. Kai-Wai Yu, gave a speech on the importance of this festival and how all participants and community worked to make this event special.

“It’s amazing to have the community here,” Yu said. “It cannot be a success without you.”

Yu teaches string chamber music and cello to anyone interested in learning the cello.

Cellist Rachel Burton started off the night by playing Sergei Rachmaninoff with pianist Nancy Allred. Cellist Rachel Burton expressed excitement about her performance and said she started playing the instrument when she was 15-years-old and quickly learned large amounts of repertoire and fell in love with the cello. She now is a founder of Timpanogos Symphony Orchestra and considers her style upbeat.

After Yu’s speech, a total of eight performances took place, displaying each cellist’s individual style and flair through their pieces. From serious pieces to upbeat ones, the entire hour was filled with unique sounds of the cello.

The final cellist to end the performances was Cellist Andrew Smith alongside pianist Nancy Allred with the piece “The World Would See the Smile” by Sergei Rachmaninoff.

Smith said he has traveled all over the world; however, Dixie’s Cello Festival still had him in awe.

The festival also consisted of three cello master classes and six cello workshops that were available for all skill levels and were open to the public during the festival.

The festival is free to the community every year and everyone is invited to come experience the cello festival in the future. Sign-ups for next year are available here.