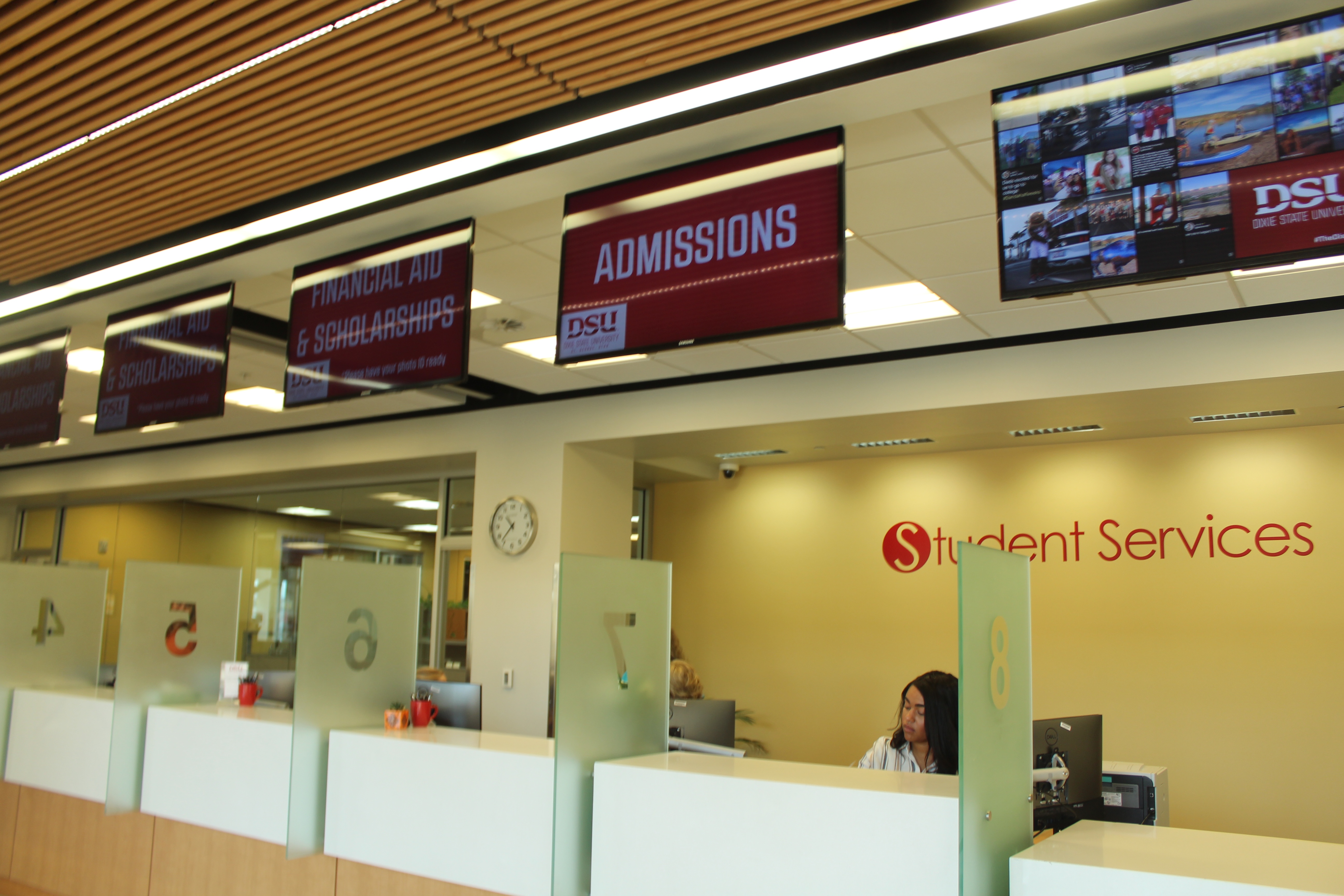 Alexis McClain, a senior media studies major from Redlands, working at the admissions office. The acceptance rate for DSU is 100% which supports DSU's belief in educational access for all students. Allowing students from across the country or locally to be given a chance at higher education. Photo by Madison Boyd.

The 2020 U.S. News & World Report Best Colleges rankings has been published, ranking Dixie State University in the top 25 schools in the west.

DSU has been awarded in three different categories: No. 25 in regional colleges west, No. 22 in top performers on social mobility, and No. 6 in top public schools in the west.

“It’s an honor to be ranked so high among the regional colleges in the west,” said President Richard “Biff” Williams. “Our team continually expands and improves the academic offerings and student-life experiences at Dixie State University and this ranking is a true reflection of our collective commitment to student success.”

According to the article, the reason DSU ranked as high as they did was through investing in the accessibility to higher education, maintaining their specialized programs, and keeping tuition rates at an affordable cost.

“Our growth is exponential and we’re excited about being a part of Division I athletics as well,” Dean of Students Del Beatty said. “With the direction, we’re headed we are on board to keep expanding.”

The statistics on tuition and acceptance rate prove DSU is one of the best public schools in the west.

According to a college tuition comparison website, DSU has the lowest in-state and out-of-state tuition in Utah, making it affordable for students to achieve higher education. Especially compared to the University of Utah which has the most expensive tuition and fees in Utah coming out to $29,215.

Not only is DSU’s tuition and acceptance rate above average, but it also has a specialized programs. The DSU Regional Computer Crime Institute makes DSU one of the first institutions in the country to provide advanced, computer-based forensics training to law enforcement professionals, private industry professionals and students.

“We’re definitely growing and I am looking forward to having more majors being added to the school to make [DSU] well rounded,” said Halie Anderson, a junior biology major from Tooele.

The acceptance rate for DSU is 100% which supports DSU’s belief in educational access for all students. This allows students from across the country or locally to be given a chance at higher education.