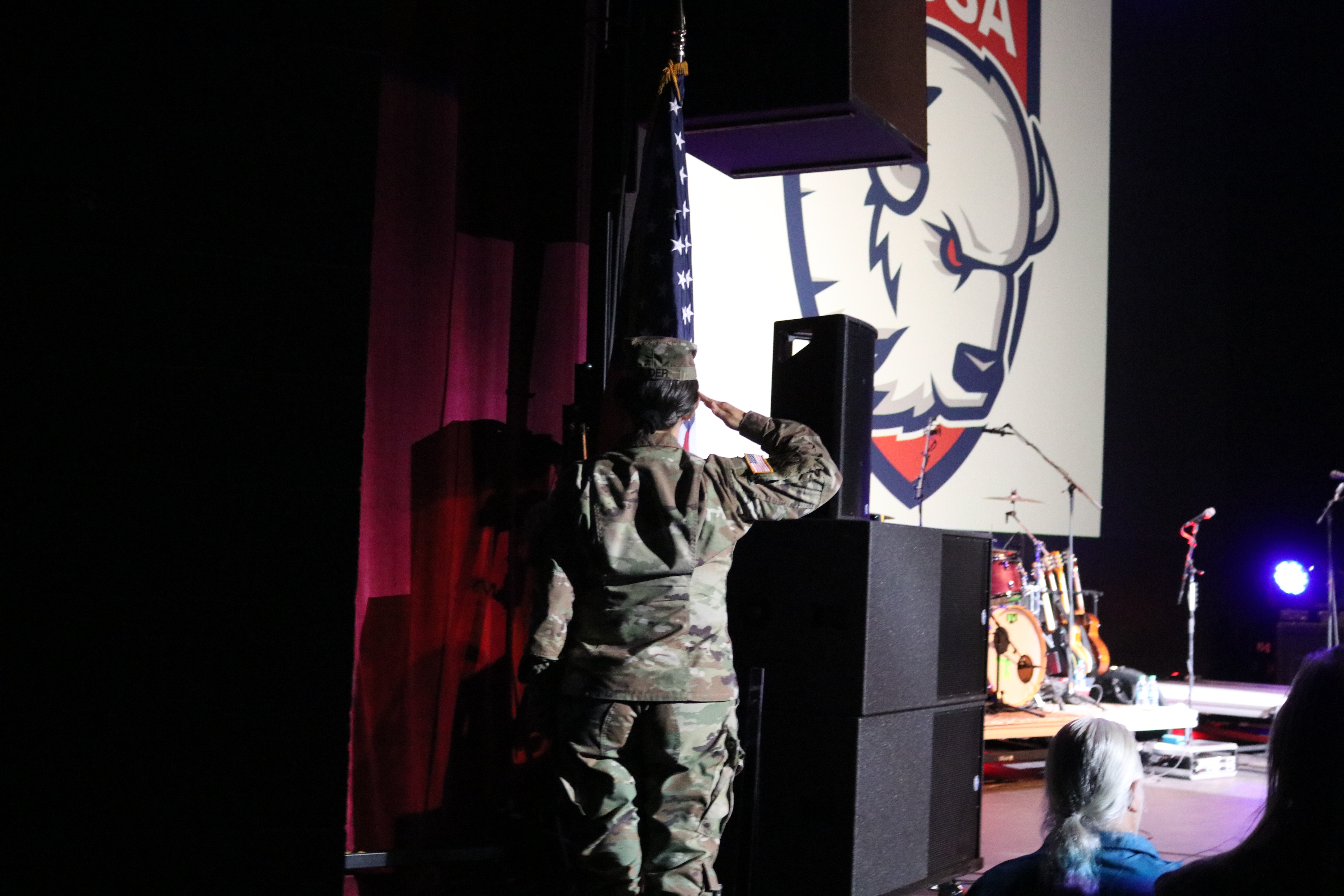 The lives of American citizens’ changed forever as two planes crashed into the World Trade Center just over eighteen years ago.

Today, Americans feel the effect of this tragedy in the form of long security checks at the airport, hindrance of what is allowed on planes and an annual memorial of the lives lost.

Therefore, this event is simply history to a lot of people today⁠— especially those just entering college campuses. As a result, the way 9/11 is talked about, commemorated and viewed is undergoing a dramatic change – even here at Dixie State University.

This year, Dixie State University Student Association honored the lives lost on 9/11 with a tribute video and speech before country singer Tyler Rich took the stage.

In previous years, DSUSA has done a much smaller event: a memorial near the DSU clock tower.

“With the 9/11 memorial, usually I didn’t know it was going on,” said Chauncey Loveland, a junior business administration major and soldier from Meridian, Idaho. “I didn’t know enough to what was going on. It seemed like a lot of empty chairs and like people weren’t really participating.”

The lack of participation is one reason why DSUSA chose to change from a memorial to a concert, said Scott Mathie, assistant director of student involvement and leadership.

“We wanted to provide an opportunity for what we think is to have more people be able to join together and to take a moment to remember to talk about why that is,” Mathie said.

However, a larger reason for the venue change was the changing attitudes on campus. As younger citizens are joining universities, so does the way events are planned, Mathie said.

“It is kind of shifting to – in the past when we’ve had students that do remember exactly where they were or what it was like going to school that day to now where we are aging out of that a little bit, but we still want to talk about why it is important,” Mathie said.

At the concert, the flags were presented, the national anthem was sung, a short speech was given and there was a moment of silence. Immediately following, pop songs blasted through the loudspeakers and members of DSUSA came out with T-shirt cannons and the Tyler Rich concert started.

“I was personally a little disappointed they didn’t have the clock tower thing,” said Steven Roberts, director of veterans and military services.

Roberts said the event at the clock tower may be headed up by veteran and military affairs in the future.

“We hope this generation doesn’t forget because that was quite an event eighteen years ago that changed how we go through airports…” Roberts said. “They don’t know how it was before.”