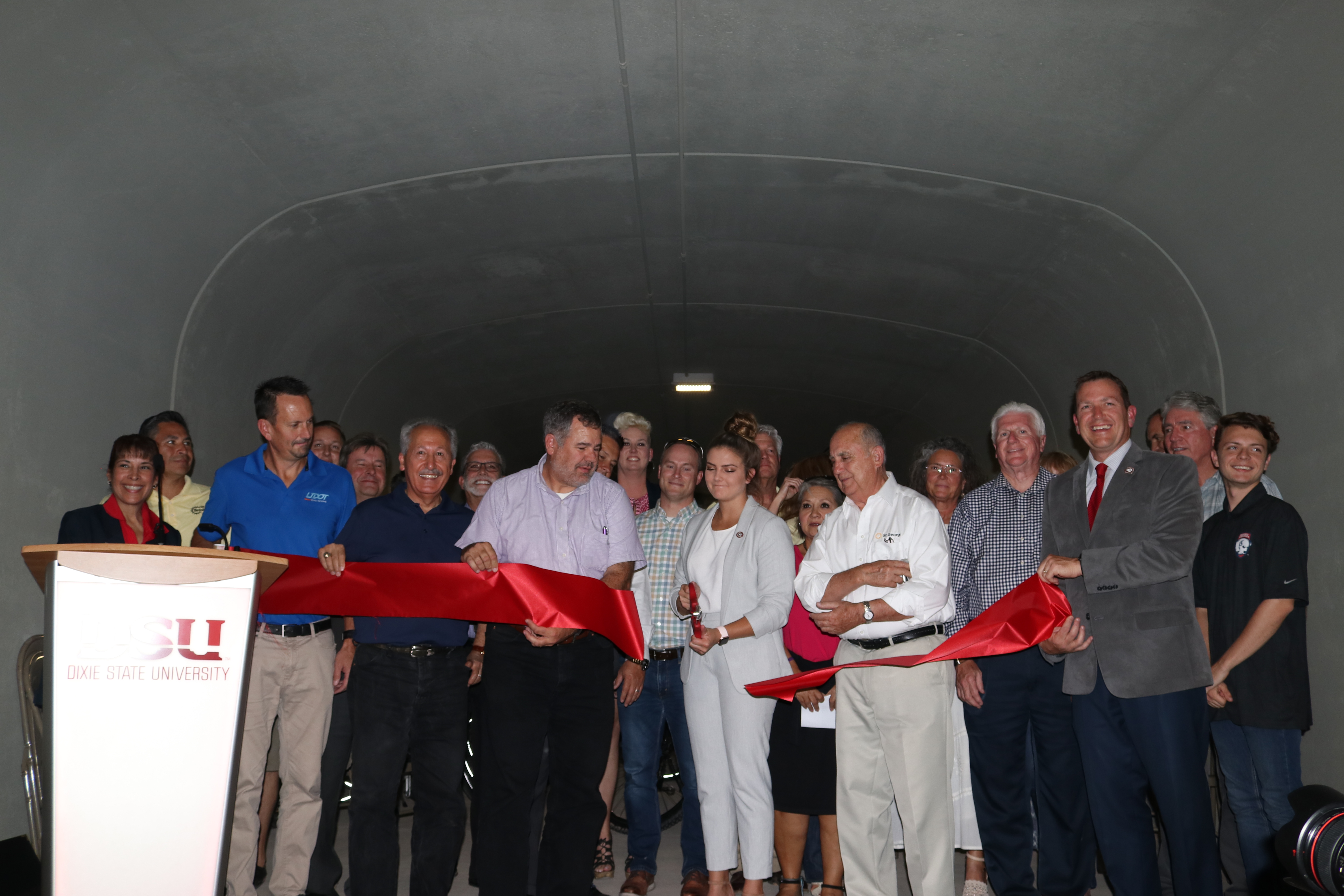 The Utah Department of Transportation partnered with DSU after years of planning and six months of construction to build a new pedestrian underpass. The walkway allows students living on the east side of the freeway an easier and safer route to campus. Photo by Jessica Johnson

After years of planning and six months of construction, the new pedestrian underpass located at 400 South is open to St. George residents and Dixie State University students.

Thanks to the Utah Department of Transportation and a partnership among DSU, the Dixie Metropolitan Planning Organization and the city of St. George, the idea of a tunnel connecting DSU’s east and west campus came to life.

The walkway gives DSU students living on the east side of the freeway an easier route to campus while avoiding the busy 100 South and 700 South streets.

UDOT Regional Director Rick Torgerson said this project is something everyone in the city can use and hopefully reduce some of the congestion in St. George.

While the ribbon-cutting ceremony for the new walkway, officially named Trailblazer Tunnel, was held Aug. 27 at noon, the tunnel became accessible on Aug. 19, the first day of classes at DSU.

Sebastian Garcia, a freshman psychology major from Fillmore, said the underpass has made his walk to school easier since he no longer has to go around the freeway.

“I think this tunnel is very efficient in helping students get to class on time in a safer way and makes being closer to campus and the campus atmosphere more accessible,” Garcia said.

The Trailblazer Tunnel is approximately 200 feet long, 16 feet wide and 10 feet high. Inside the tunnel, there are cameras, several light fixtures and an emergency button that a person can use to alert police if they are in danger.

“Now I don’t have to wake up 30 minutes earlier just to walk to class,” Breaux said. “Also, the convenience of being able to hang out with friends more easily and not have to plan it out, bust a whole mission or make accommodations for them to pick me up.”

The DSU University Marketing and Communication Department is hosting a tunnel mural contest. The winner of the contest will receive $1,000, and their original artwork will encompass the entire west entrance of the Trailblazer Tunnel. For more information regarding the contest visit umac.dixie.edu/trailblazer-tunnel-mural-contest.