New track and field facilities set to open next month 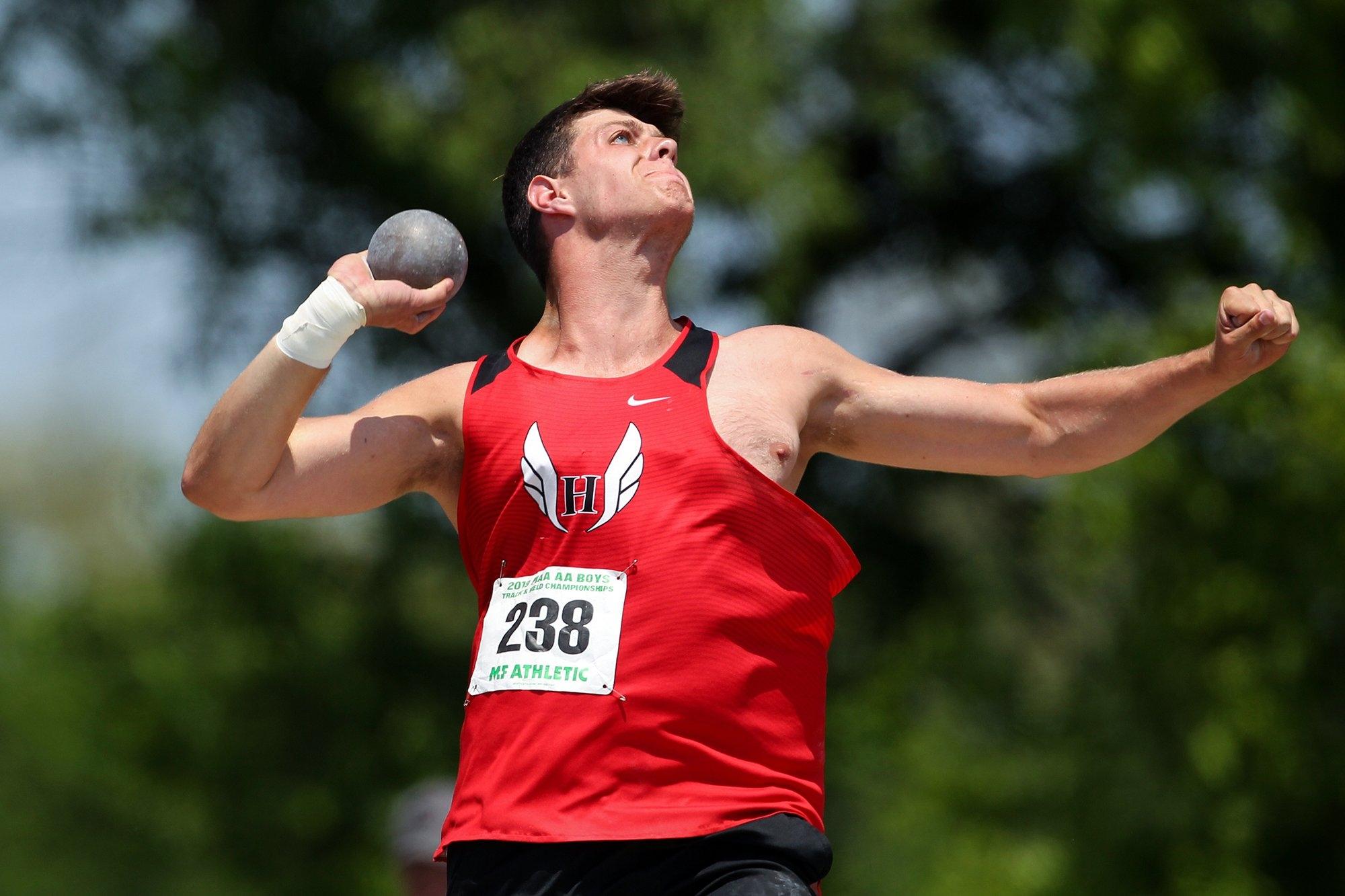 Hickory senior Brock Grundy won PIAA Class 2A championships in the shot put and discus this spring while helping the Hornets win a team state title. [MATTHEW O'HAREN/Special to the ERIE TIMES-NEWS]

In the field south of Trailblazer Stadium, the imminent growth at Dixie State University is being highlighted by the addition of track and field facilities.

In this area, shot put, javelin run, discus and long jump areas are currently under construction.

Facilities Project Manager Nathan Eaton said the shot put area has three rings with two for practice, the javelin run is approximately 125 feet in length, and the discus area will have an NCAA safety cage. The long jump, which totals approximately 215 feet in runway length, will be placed on the south side of the upper stadium.

Justin Decker, head cross country and track coach, said there are 21 events available in track and field and DSU will have all but two: the hammer throw and the pole vault.

Right now, Decker said athletes hoping to compete in track and field are focusing on weightlifting and conditioning. Practices for the new events will begin at the beginning of the spring semester.

The construction is planned to be completed in September, Eaton said. However, there are no collegiate events scheduled for the spring season of track and field at DSU.

Jason Boothe, executive director of athletics, said they have not scheduled a meet because the facilities are not completed yet and the small size of the program. For now, the track and field team will be traveling for most of its meets.

“We have to get the program established and get it to a point where it is big enough,” Boothe said.

Decker said he is currently recruiting for the team, and the addition of the field events will bring better athletes into DSU.

“It does provide a boost with the athletes you are able to recruit,” Decker said. “I have always pushed to add it.”

Decker said he had been advocating for the track and field team to be added for three years.

Though there will not be collegiate events being held at the stadium, the new facilities will be getting outside use.

Boothe said events such as high school track and field championships and the Hunstman Senior Games can be expected to be hosted at DSU.

“It will be a nice finishing touch not just for us but for the community and high schools to bring outside events into the stadium and for them to experience [DSU] and St. George as well,” Boothe said.