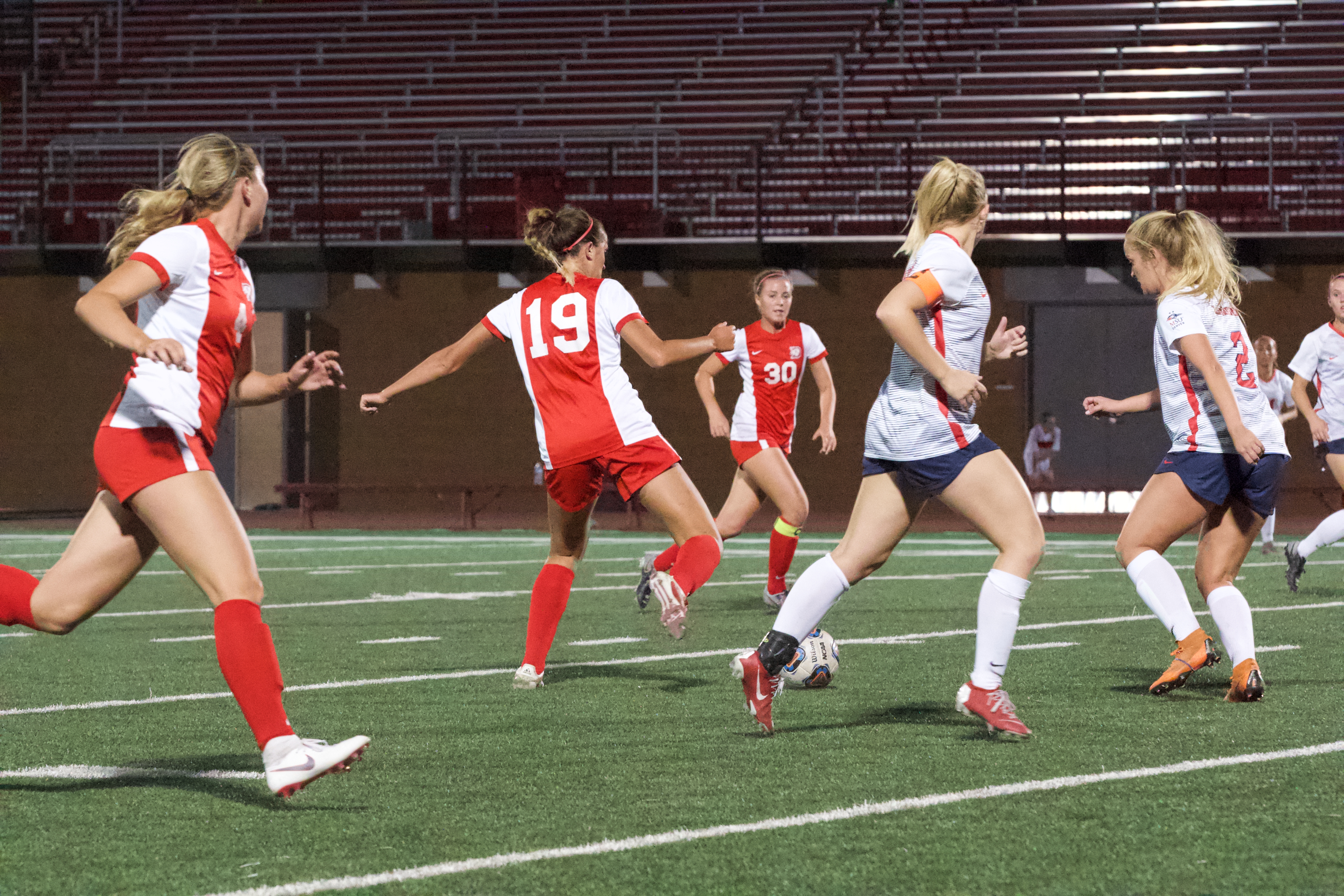 The Dixie State University women’s soccer team is preparing for its second and final season in the Rocky Mountain Athletic Conference with a new head coach.

“Leading this transition into the Division I era is a challenge I didn’t think I could pass up,” Golas said. “I’m really looking forward to it, [but] obviously you got your eyes on the prize right now. We’re in 2019; we got a job to do.”

Golas said he saw tremendous growth during the beginning of fall camp.

“I couldn’t be more proud of them,” Golas said. “They picked it up, they found their tempo, and one of the big things for me is I love to compete, and we’re getting to do that now.”

Last season, the team tied for fourth place in the RMAC and advanced to the conference tournament semifinal round.

Kilee Allsop, a redshirt senior business administration major from Smithfield, said she has been trying to help all of the newcomers feel comfortable on the team.

“I’ve always just tried to be a leader among the team,” Allsop said. “I’ve never been one that’s super vocal, I just try to lead by example. That’s more my style.”

Allsop finished the 2018 season with one game-winning goal against Azusa Pacific University and five assists. She was also named to the 2018 Google Cloud Academic All-District 6 Soccer Team, as selected by the College Sports Information Directors of America.

“It’s been pretty nerve-wracking just because we’re coming in with so many girls and this brand new coach,” Ashton said. “But I feel like Steve is holding us accountable, and it’s helping us be like, ‘OK, we have to also hold ourselves accountable and each other,’ and we’re taking this word accountable more seriously.”

Ashton, who scored two goals last season, said she wants the team to end its Division II era as champions to give the upcoming DSU women’s soccer players confidence when transitioning into Division I.

The Trailblazers were voted to finish third in the RMAC women’s soccer preseason coaches’ poll.

The Trailblazers have their exhibition game on Aug. 30 at Idaho State University.