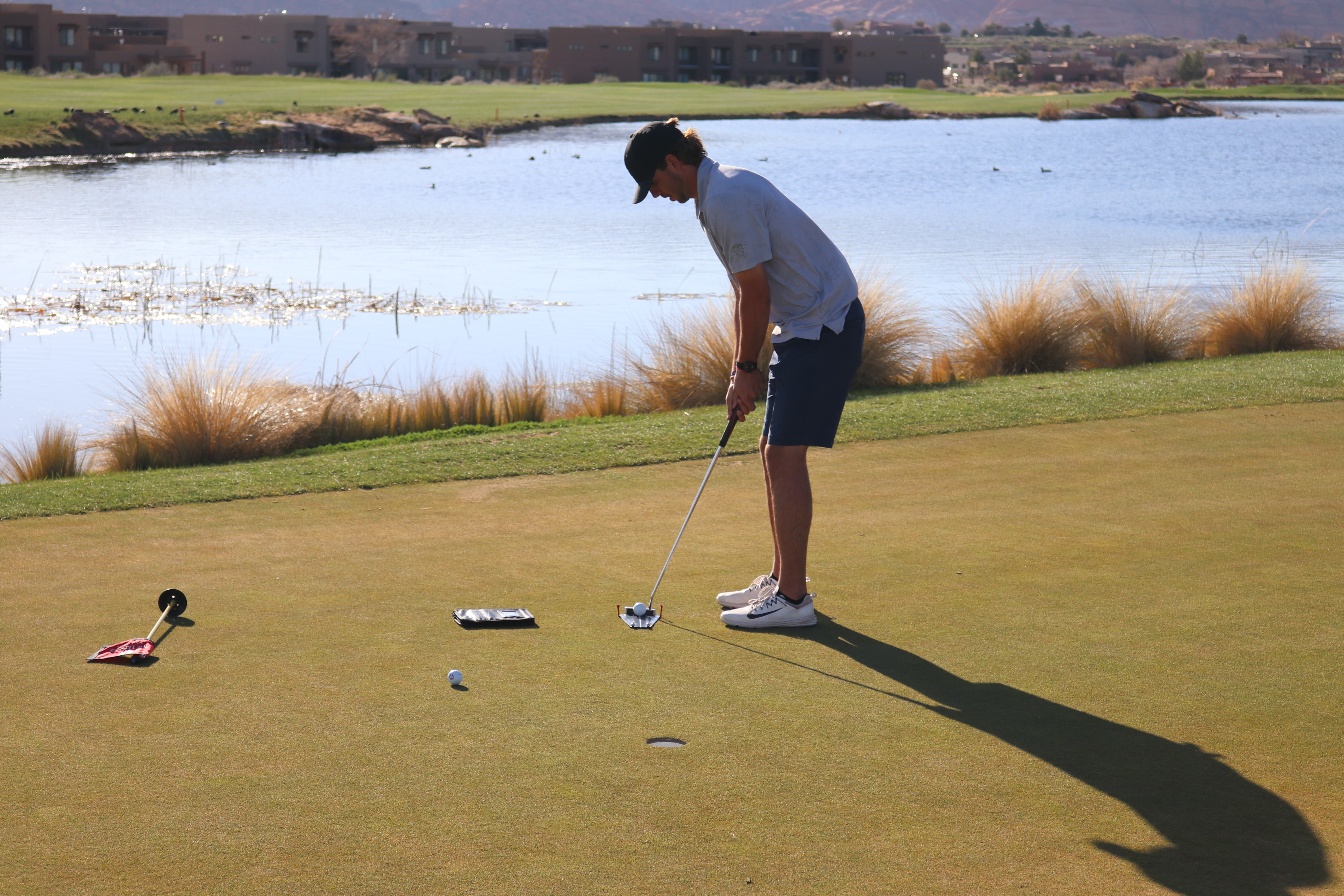 The Dixie State University men’s golf team left for Arizona on April 19 for the first round of the Rocky Mountain Athletic Conference Championship Tournament.

Spencer Wallace, a sophomore communication major from Layton, said he is most excited to play Colorado School of Mines.

“I know a few kids on the team, so it’ll be fun to play against them,” Wallace said.

Wallace said he is preparing for the tournament by hitting a lot of wedges because the course will be short. He said his weakness is driving.

“I’m more on the accurate side,” Wallace said.

Nicklaus Britt, a senior business administration major from Fillmore, received the Pac West player of the year award last year. Britt is coming back from a shoulder-strain injury. He said he recovered with the help of head athletic trainer Kelby Hofheins.

“I want to win the RMAC and just hopefully leave the team on a high note,” Britt said.

After the conference tournament, regionals will be held at the Ledges Golf Club, where the Trailblazers always practice. The team said this gives them a big advantage and makes this moment their best chance at winning.

Britt said his strength is driving and accuracy is his weakness.

Brock Nielson, a sophomore business administration major from Salem, said his favorite memory of the year was Wallace hitting a golf ball to his head and having the video go viral.

Nielson said his strength is hitting his irons, and putting and driving are his weaknesses.

The first round of the RMAC tournament will be held April 21 at Ocotillo Resort in Chandler, Arizona.