Jonny at the Movies: ‘Hellboy’ is all heart amid violence, one liners 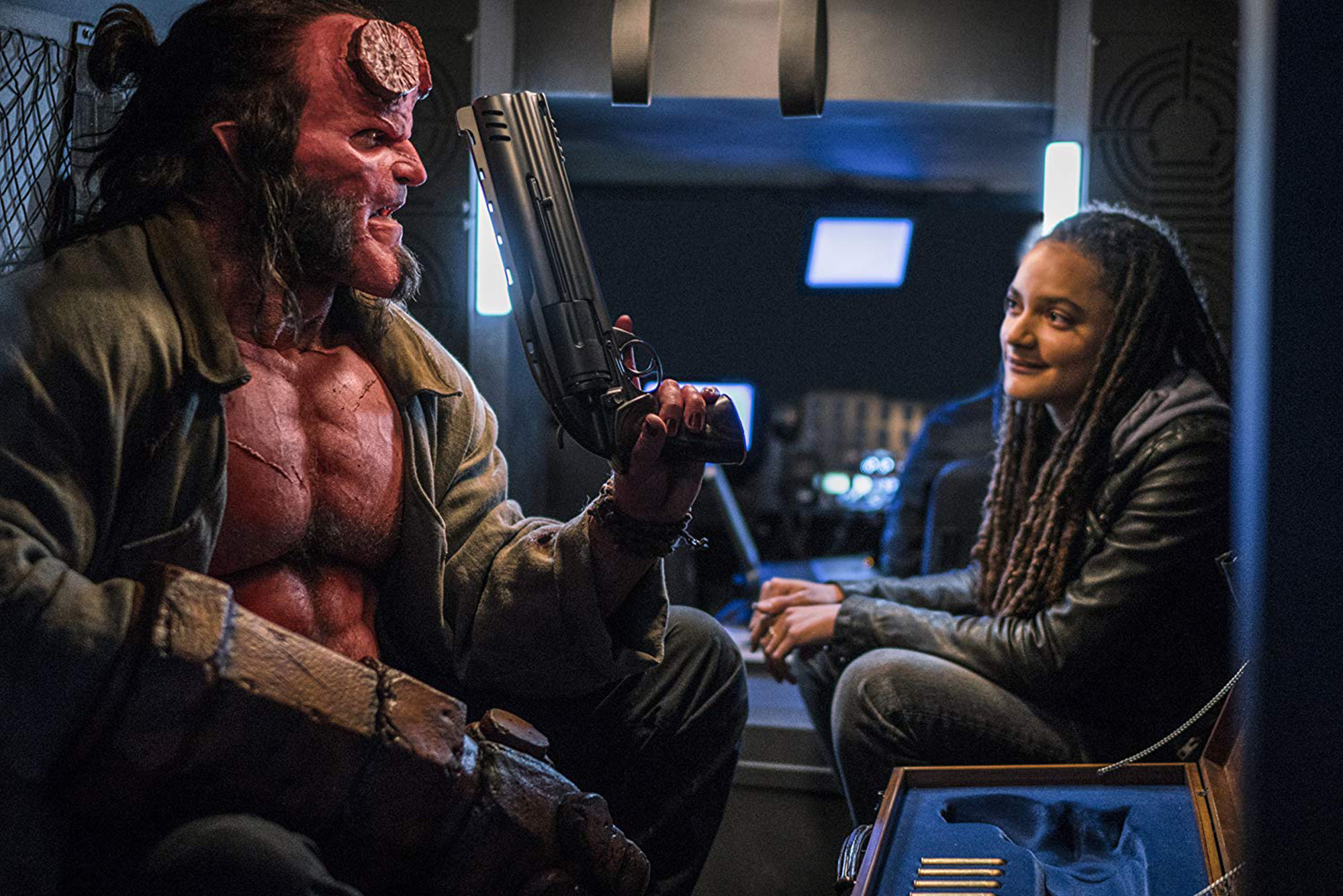 “Hellboy” is a wild, no holds barred adventure that aims directly at the hearts of fans and moviegoers, while maintaining the visceral nature of the graphic novel.

The film drew inspiration from Darkhorse Comics’ “Hellboy: The Wild Hunt” and adapted the storyline from the graphic novel for the big screen. It was a faithful recreation of the graphic novel, but in true Hollywood fashion, the filmmakers put their own spin on it with only a few scenes identical to the source material.

In the graphic novel and the film, Hellboy is invited to join the Osiris Club on what they call the “wild hunt,” wherein they hunt giants. While on the hunt, his would-be allies betray him and attempt to kill him.

After surviving the assassination attempt and killing the giants they were hunting, Hellboy is compelled to discover why people are trying to kill him. Not only does he learn of his true origin and destiny, but he also learns of an underworld plot to restore Nimue The Blood Witch, who was defeated and dismembered by King Arthur 1000 years ago; her body parts are sealed in five containers and hidden throughout England.

While the plot sounds like the perfect opportunity to make an adventure of epic proportions, the film fell short of that. Yes, there are plenty of great action sequences, but Milla Jovovich’s Blood Witch was not nearly as terrifying as her nickname suggests. This isn’t because Jovovich isn’t a decent actress — in fact, her acting is better than in any of the Resident Evil films — it is because the film spends most of its time focused on Hellboy and the Bureau for Paranormal Research uncovering who Nimue is and why the underworld wants to bring her back.

Plot issues aside, “Hellboy” is an enjoyable film. The visual effects are superb. In the scene when Hellboy fights the giants, it is difficult to tell that the giants are CGI characters, even though we know they couldn’t be anything but.

Additionally, the film is faithful to the source material with brutally graphic violence throughout, so you might think twice about taking your children. In one scene near the end of the film, people are impaled, eviscerated and torn in two.

Where “Hellboy” really shines, though, is in telling the story of Hellboy himself. Vastly different from the humans he has grown up protecting, Hellboy seeks to understand what his purpose is and why his father adopted him. Through his quest to stop Nimue from raising an army of monsters to destroy all of humanity, Hellboy discovers his purpose and learns of the deep love his father has for him despite his underworldly origins.

“Hellboy” is in theaters now and is sure to enthrall and excite fans of the graphic novel, as well as moviegoers who are looking for a superhero film along the lines of “Deadpool” without the sexual innuendos. “Hellboy’s” humor is subtle, as evidenced in the main characters’ one liners.

This is my last semester on the Dixie Sun News staff, and my final column entry. I am eternally grateful for the opportunity to write this column. It has been an amazing experience. I’ve greatly enjoyed writing about the films I watch and sharing my experience with all our readers. I hope all who’ve read my reviews have enjoyed them and been entertained by them. With a fond farewell, keep a weather eye on your Twitter feed. I’ll be there doing my thing.