Women’s golf prepares to tee off at RMAC championship 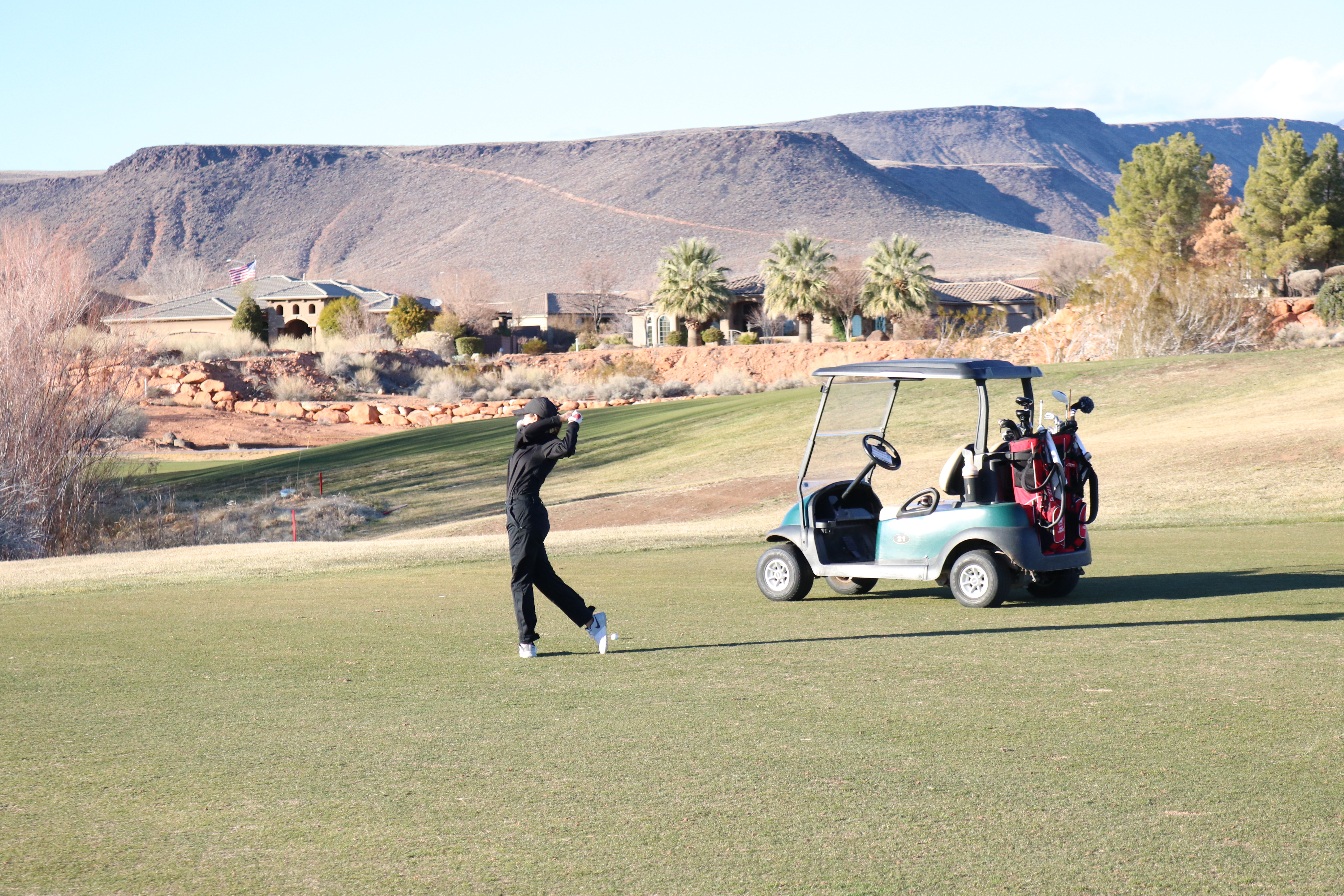 The Dixie State University women’s golf team is preparing for the 2019 Rocky Mountain Athletic Conference Women’s Golf Championship as the regular season came to an end on April 6.

Head coach Lindsey Stucki said she believes the team has a chance to win the championship if it takes care of business and plays its game.

“We’ve been working really hard since our last tournament and we’ve faced some of the RMAC teams,” Stucki said. “We didn’t fare as well as we hoped, but we’re ready to make a comeback and we feel good about the way we’re playing.”

Cailyn Cardall, a sophomore elementary education major from Rocklin, California, said with the way the team has been practicing, she is really excited for the RMAC Championship.

“We definitely have our heart and soul for it,” Cardall said. “I’m super excited to compete. I think competition really makes our game better and makes us stronger players. I think we’ll do really well.”

The Trailblazers are coming off a No. 12 finish out of 23 at the Western New Mexico Mustang Intercollegiate. Katie Ford, a senior communication major from St. George, was named RMAC Player of the Week after a DSU record-setting performance. Ford set a DSU 18-hole school record by one stroke, shooting a career-low of 4-under 68, according to DSU Athletics.

“I’m proud of the way she’s performed,” Stucki said. “It was just fun to watch someone light it up like that.”

With the regular season ending, Cardall said not only has she grown as a player this season, but the team has gotten closer.

“Some of our strong suits are working together and being positive with each other and building each other up in our confidence,” Cardall said. “We took a lot of top 10s in a couple tournaments. Just relying on those wins and really building it up and setting a good mindset for future tournaments.”

DSU placed top 10 in seven of the nine matches this season. The Trailblazers’ best finish was second of 17 at the Colorado Mesa RMAC Fall Preview.

Madison Moss, a freshman psychology major from Highland, said meeting the team and growing with them as she was able to get a feel for college golf has been a memorable thing this season.

“It’s my first year and so I think it’s been really awesome to grow as an individual player and having the older girls on the team to really look up to,” Moss said. “Just kind of growing as a team has been the best thing for us.”

The 2019 RMAC Women’s Golf Championship will be held at the Ocotillo Golf Resort in Chandler, Arizona. This will be the Trailblazer debut for the RMAC Championship.