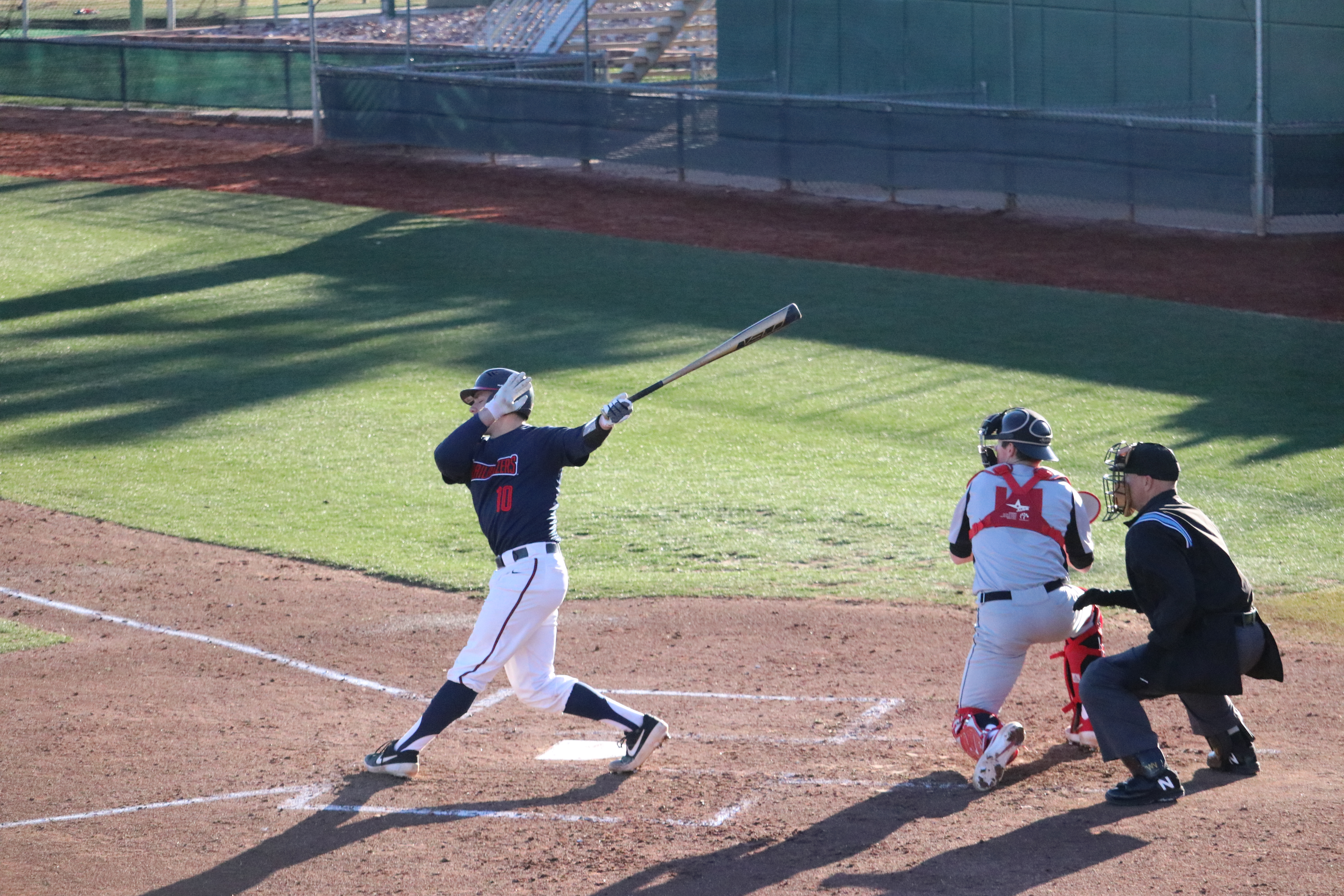 The Dixie State University men’s baseball team is heading into the tail end of its season after a rough 3-5 start in April.

Head coach Chris Pfatenhauer said the team has played well the past few games besides the 3-14 loss against MSU Denver. The Trailblazers came back with a 10-1 win to finish off the four game series.

“I really liked the way our guys competed throughout the whole weekend,” Pfatenhauer said. “To be on the road for the second week in a row, play the first place team in the conference and get out of there with a split, we’ll take for now.”

“Our last game we connected really well,” Pritchard said. “We did everything pretty well. We pitched good, hit good, [and] played good defense. That’s what we’re capable of.”

“Guys are good some days, guys are bad some days,” Pfatenhauer said. “We’re continuing to work but I think the defense is the thing we can control the most and really clean that up.”

The Trailblazers have 12 games left in the regular season. Tyson Fisher, a freshman business major from St. George, said his goal to finish out the season is to win the rest of the games.

The Trailblazers are at home this week at Bruce Hurst Field April 18-20, playing four games against Regis University. The first game of the four game series is April 18 at 6 p.m.