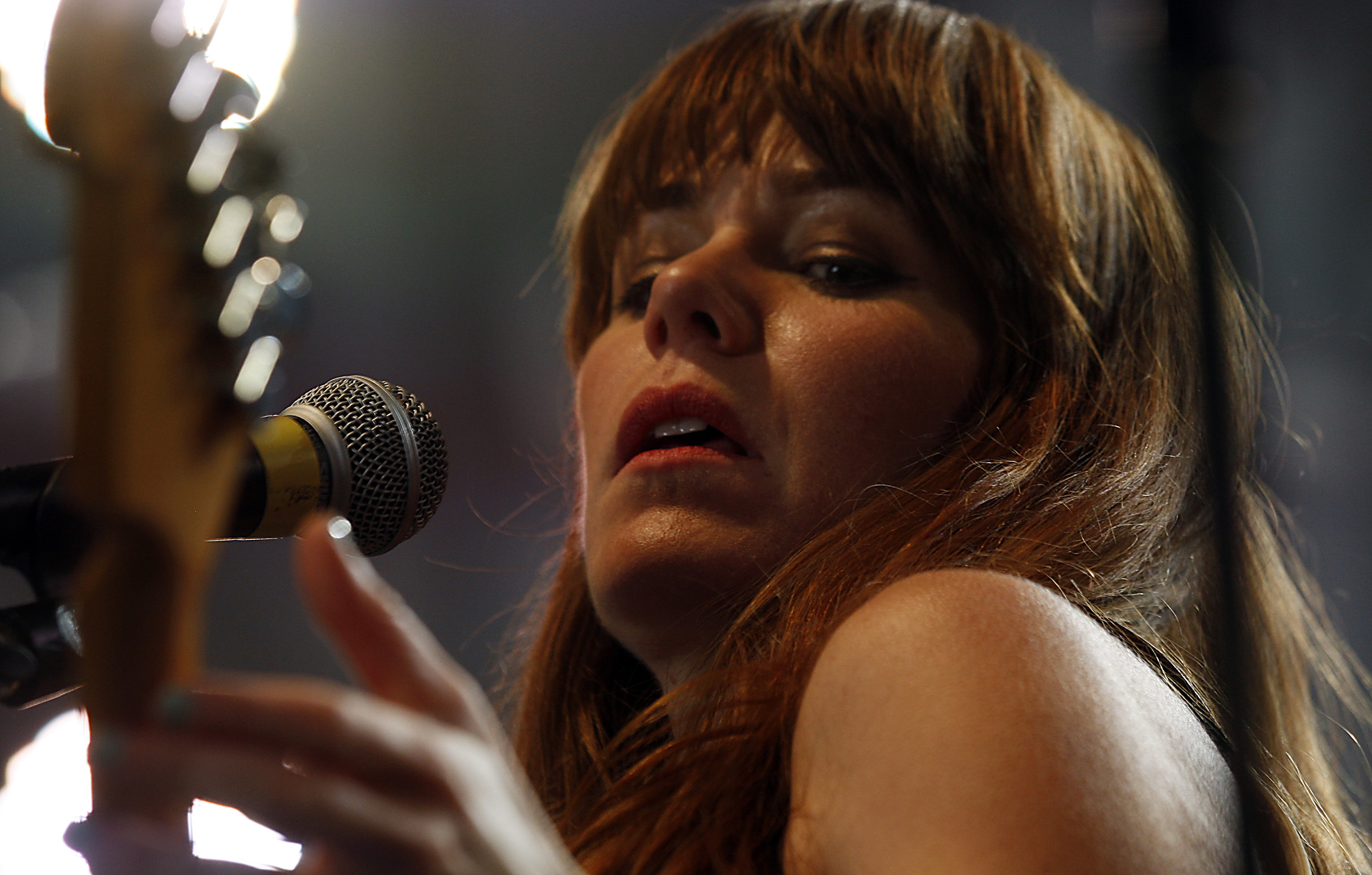 TJenny Lewis has returned with her fourth solo release, “On the Line,” a meditative and often melancholy series of self-referential songs, many of them about her life as a working rock ‘n’ roll musician.

After more than 20 years of steady touring and recording, her voice has lost a touch of its easy beauty, perhaps, yet the enormous range remains, and Lewis, the one-time child actor, uses the lightly roughened new sound of her vocal cords to maximize the music’s emotive reach.

On a track like “Taffy,” she coos over the drip-drop notes of her piano, lamenting the strains maintaining a love affair presents to someone who spends so much of her time in transit: “I stole a Christmas tree / You stood watching the hotel hall / It lit up our room like a waning moon / of melting plastic.”

And on the bouncing number that closes the record, “Rabbit Hole,” she sounds not a little unlike Kiki “Don’t Go Breaking My Heart” Dee as she wards off an old lover’s advances: “It was a sexual kind of connection / With spiritual undertones / But boy you had me second guessing the Beatles and the Rolling Stones / I’m not gonna go down the rabbit hole / …with you again.”

The influence of such familiar American chanteuse figures as Linda Ronstadt, Carole King, Emmylou Harris and Bonnie Raitt redounds through the sturdy compositions that make up this excellent album. But producers Beck, Don Was and Lewis’s longtime collaborator, the scandal-damaged Ryan Adams, introduce an experimental aspect to the music, too, drizzling the compositions with electronic elements, found sounds and quixotic beats borrowed from shoegaze, dream pop and hip-hop.

Jenny Lewis is modern rock’s most important, most original singer-songwriter, and “On the Line” proves it.

So, this is my last column for the year. I’m grateful to my editors and the readers for the chance to preach the gospel of rock ‘n’ roll over the past 9 months. All the acts I’ve covered, though, have had contracts with the larger labels, and I’d like to close with a bit of ink spilled for St. George’s own indie rocker outfit, NVM.

A four-piece, NVM consistently kicks out a potent hash of emo, hardcore, and prog, with a touch of Syd Barrett here, some Sid Vicious there. The world has begun to take notice, too. In March, NVM opened for alternative metal giants Puddle of Mudd in Grand Junction, playing new tracks from their “Thermal Memory” album. The band has got some local gigs scheduled over the next couple of weeks, as well.

Get smart, and check these guys out before they grow too big for little St. Geezy.