Be respectful when evangelizing, proselytizing on campus 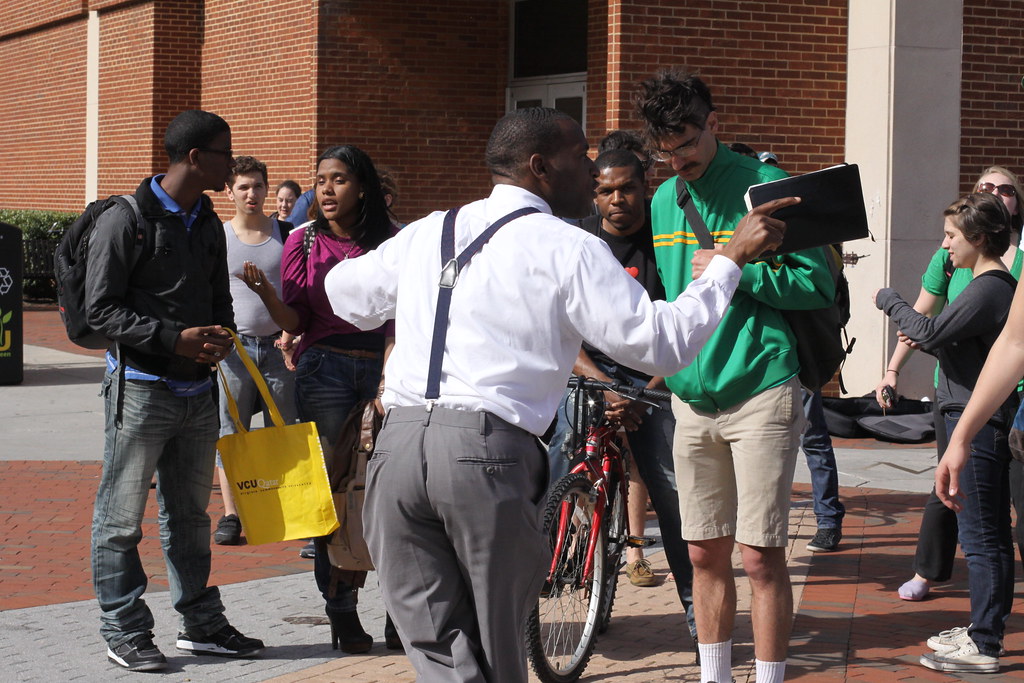 You know, I really do like when people stop me on campus to tell me about their religions, but some of them really need to improve their methods.

Most of the times I’ve been approached by people on campus who want to talk about their religions, they’ve ended up bashing mine instead of talking about their own, or they’ve tried to sell me something.

For instance, I once ran into a Baptist who said she wanted to talk about her religion. I was wholeheartedly interested, especially since my grandmother was Baptist before she converted to our religion, the Church of Jesus Christ of Latter-day Saints. But instead of talking about what it’s like to be a Baptist, she gave me a short lecture about why she believed Latter-day Saints weren’t Christians and offered me a whole DVD “proving” Joseph Smith was wrong.

If you talk about your religion on campus, please be nice about it. I can’t speak for others in my religion, but I don’t go around telling people why their religion is “wrong” when the topic comes up. In my experience as a youth leader, I learned it’s better to explain why you think your religion is “right,” and then encourage people to attend events your religion is hosting, read whatever scriptures you ascribe to and make their own decision.

An article by Kerry Floyd on focusoncampus.org encourages those who evangelize to do so by developing lasting friendships and leading by example, as well as being willing to share personal stories and treat others with kindness.

Floyd said, “No one can argue with what you’ve experienced, so always be ready to share when someone asks!”

Another problem I’ve noticed is when evangelism crosses the line into salesmanship — and I don’t mean Latter-day Saints and Jehova’s Witnesses knocking on your door, I mean those who try to solicit money the first time they meet you.

An example of this is when a Buddhist monk once stopped me to encourage me to read the two books he had with him — but only if I could afford a $12 donation for the bigger book and a $1 donation for the smaller one, and he wanted me to promise to read them. College students tend to be living on the edge of their budgets as it is, and as an English major, I barely have time to read the books I’m assigned.

Other problems include not believing students when they say they’re late for class, forcing them to listen when they’ve said they’re not interested and talking to someone multiple times without remembering you’ve talked to them before. I have a friend who hides or picks up conversations with random students to avoid one of the bible study groups on campus because she’s tired of the members of the group bringing up the same topics as if they’ve never spoken before; that’s how she and I started talking.

Instead of arguing with someone about whether or not they’re really late, offer them a card and see if they contact you later. Instead of forcing someone to listen, encourage them to come back later if they change their mind. When you talk to someone more than a few times, make an effort to remember them.

If you’re a student who feels mistreated by someone who’s trying to evangelize you, give them hints about what they can do to improve their behavior. They may not even realize what they’re doing.