Students, alumni discuss must do traditions before graduation 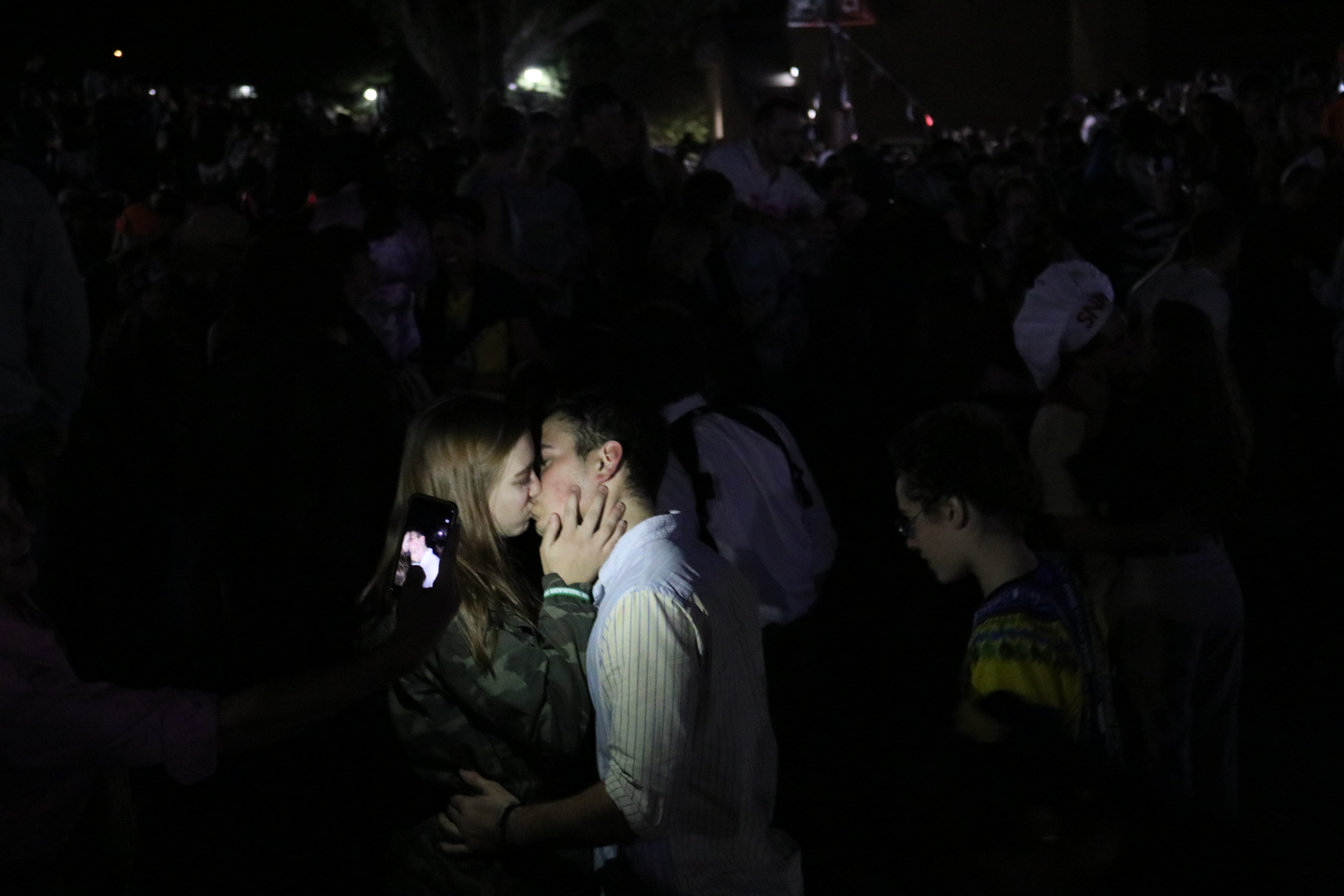 School traditions help establish the school’s identity and help a school stand out in different ways. Dixie State University has plenty of traditions, some new, some over 100-years-old, but nonetheless they are here to stay.

One of the most popular traditions at DSU is True Trailblazer. True Trailblazer is a bi-annual tradition that has been around for years, and it takes place once first semester during homecoming week and again second semester during D-Week. The tradition is simple: meet by the large fountain on campus after a school dance and grab yourself a partner and kiss at midnight while standing in the fountain. You can keep it simple by only becoming a True Trailblazer with one person or you can wild-out and become one with a plethora of different people. To top it all off, once all is said and done, you get a complimentary lip balm dictating you have completed the tradition.

Oscar Bastida, a junior exercise science major from Catalina Island, California, said his favorite tradition is white washing the “D” on the hill, and his must do tradition before leaving DSU is participating in the Taste Around the World that happens during Diversity Week.

Matt McIntyre, a sophomore mechanical engineering major from Stansbury Park, said his favorite tradition is casino night and before leaving DSU everyone should participate in the great race.

Alumnus Nate Hess, a nursing major who graduated from DSU in 2017, said his must-do tradition is writing in the clouds that is located in the Jeffrey R. Holland Centennial Commons building.

“The cloud wall mural is unlike anything I’ve seen at other universities,” Hess said. “You can write a personal note or memory in any of the hundreds of books that are a part of the mural. The cloud is there to stay at [DSU], so there is no better way to leave your legacy permanently here at [DSU].”

While the traditions listed are only a few DSU has to offer, students can download the Dixie State Traditions app, offered on iOS and android, and see every tradition and activity offered at DSU.