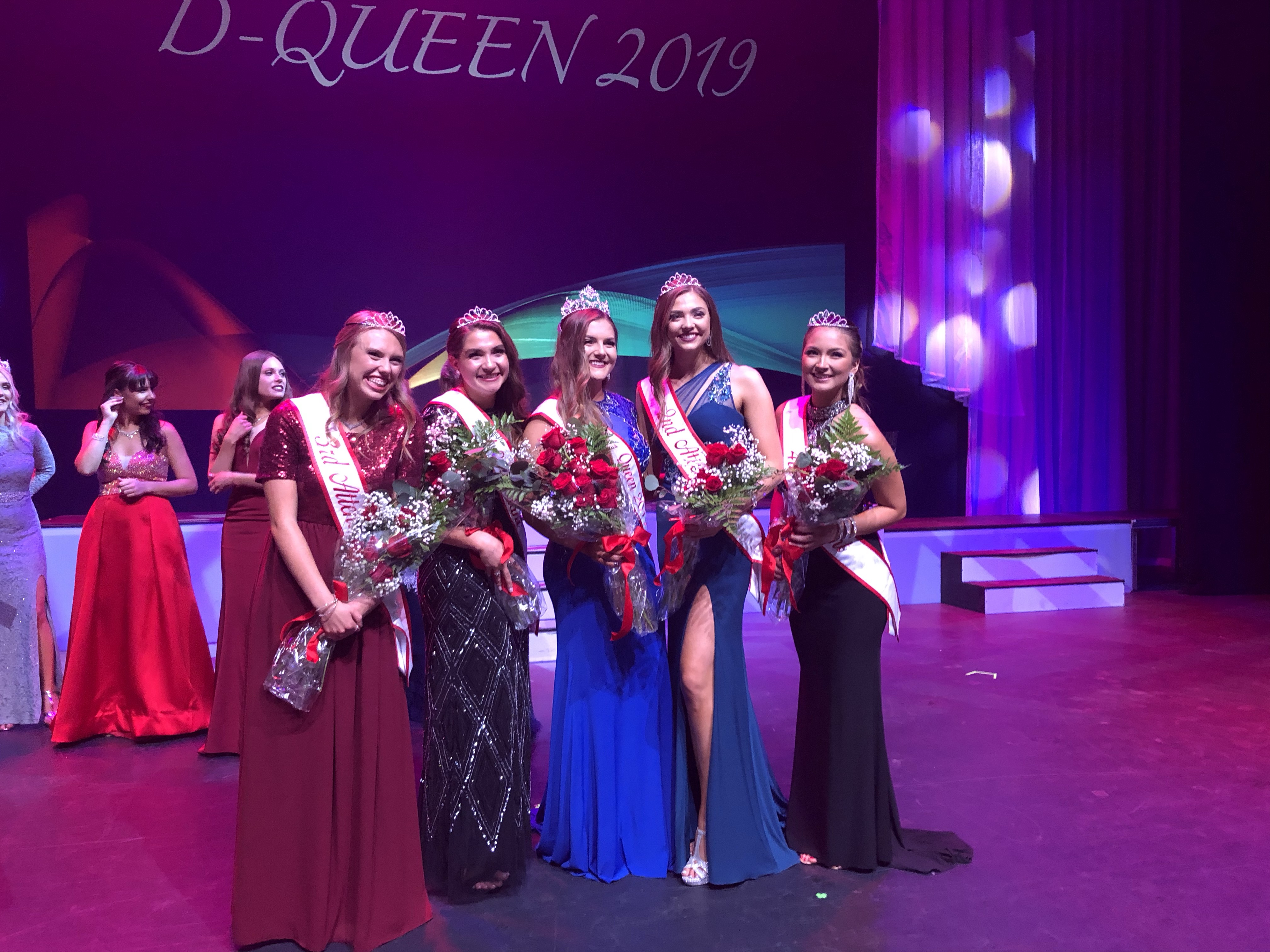 “[This tradition was started] to feature and honor female students [who] are great examples of involvement, service and academic success,” Mathie said.

This is also a great opportunity for students to unite as a student body to support their peers, Mathie said.

Student Director Annie Hukill said this pageant is a big community event that students and community benefit from watching because it showcases students who emphasize their love for DSU.

“It is a beauty pageant, but it’s really about the academic involvement,” Hukill said.

DSU Student Association hosted this year’s pageant on April 9 at 7:30 p.m. in the auditorium located in the M.K. Cox Performing Arts Center. The winner was Taylor Godfrey, a senior population health major from Buckeye, Arizona.

Godfrey said she believes winning D-Queen will enhance her duties and capability as the student body president next year.

“My goal as a student at [DSU] is to infectiously show my love for [DSU],” Godfrey said, “and being honored with the title of D-Queen [on top of] student body president is going to allow me to do that with an even greater intensity.”

Godfrey said she would like to encourage everybody to put themselves out there and push their limits because great things could happen from it.

Aspen Fairbanks, the fourth runner-up contestant and junior psychology major from Salt Lake City, said her goal for the pageant was to gain interview skills, improve her ability to present herself confidently to others, and to have fun.

“I love [DSU] and am eager to participate in anything that I can do,” Fairbanks said.

Pageant contestant Ashli Dinkelman, a senior theater major from Pomona, California, said she chose to enter the pageant this year as a second chance to try the pageant after not winning in 2017.

Dinkelman said she believes the importance of the pageant is to learn more about teamwork, gain friendships and make lifelong memories; the most valuable thing the girls involved in the pageant can gain is memories, she said.

“I thought it would be a nice, fun experience to perform something that I had never done before,” Dinkelman said.