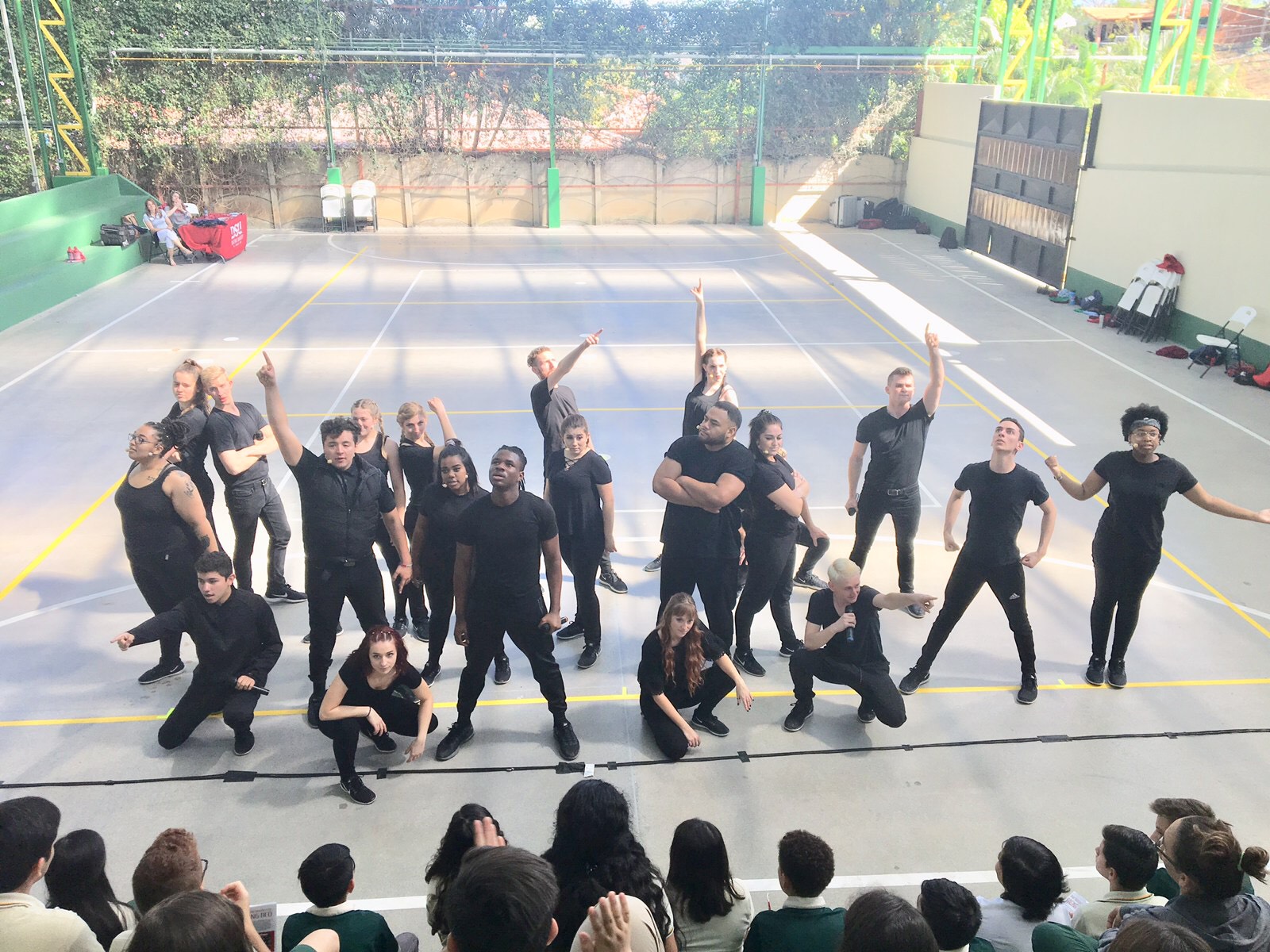 Dixie State University’s song and dance performance team, Raging Red, has a way of spreading a powerful message through their music as they also work to recruit people to DSU.

Raging Red’s annual spring concert is a showcase of the musical numbers the group performs at high schools and other institutions throughout the semester.

Del Beatty, dean of students and temporary director of Raging Red, said, “We accomplish [recruitment] through a show that has wide audience appeal and showcases several different musical styles.”

The team motto is “there is a way,” meaning if they can get people talking about and interested in DSU then they will, said Imari Priester, a sophomore communication major from Van Nuys, California and the Raging Red company manager.

Attending Raging Red’s concert is a way for students, faculty, staff and the community to see who is representing the school, Priester said.

However, Raging Red was established for more than recruitment. Songs they perform, such as “A Million Dreams” from The Greatest Showman, are meant to give students a sense of belonging and invite them to be open about who they are.

“[Raging Red] is so impacting because music has a different way of reaching people than anything else does,” said Brett Coleman, a junior communication major from Midway and member of Raging Red.

Before and after each performance, the group interacts with the audience to tell them about their experiences with Raging Red and what the songs mean to them. Priester said she can pinpoint who she is performing for by talking to and meeting individuals in the audience.

Along with performing locally, the group goes on international tours to recruit people. They traveled to Costa Rica for their 2019 spring break.

Coleman said the trip was successful; their goal in each tour is to make connections for DSU and help students to feel the Dixie spirit, he said. When they convey that feeling to the audience, they use that connection to recruit individuals to DSU, Coleman said.

Members of Raging Red have had unforgettable experiences with their time in the group.

“[Being part of Raging Red has been] one of the coolest experiences I’ve had at [DSU],” Coleman said. “It’s a special experience to be able to share the power of music with other people who maybe don’t get to have those opportunities.”

Kaili Sudweeks, a freshman exercise science major from Walnut Creek, California and member of Raging Red, said she has made wonderful friendships from being on Raging Red and has met genuinely good people who want to make a difference wherever they go.

“I don’t know what I would have done without the family I’ve become a part of,” Sudweeks said. “Hands down, I’d tell anyone out there to just come and see [the show] for themselves; ya’ll have my personal invitation.”

Raging Red’s annual spring concert will be on April 3 at 7:30 p.m. on the Eccles Main Stage located in the Dolores Doré Eccles Fine Arts Center; the concert is free to the public. Doors open at 6:30 p.m. for the screening of the team-made music video and documentary, which starts at 7:00 p.m.