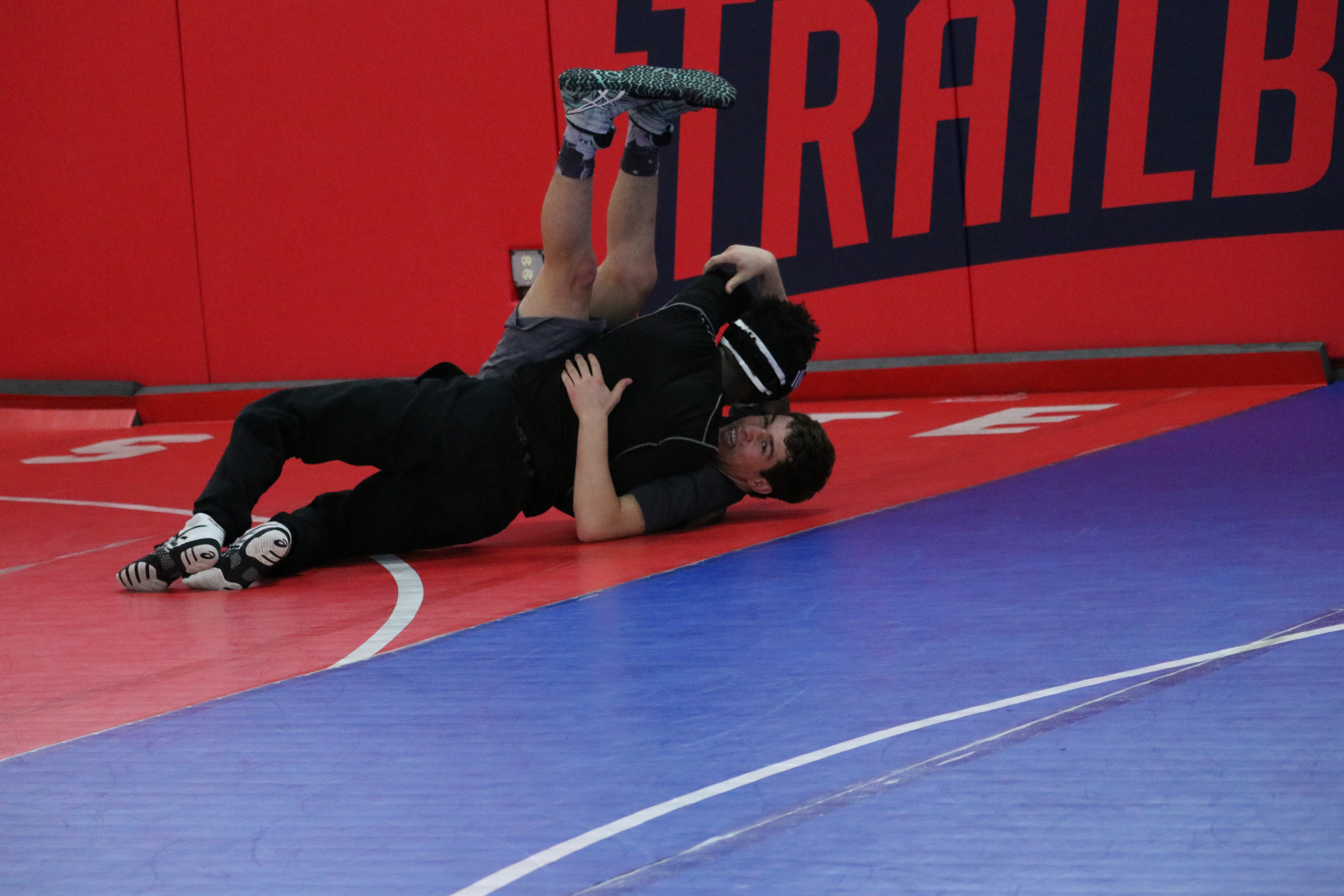 The Dixie State University wrestling team ended its season with its first female All-American wrestler and high hopes for next year.

The Trailblazers ended their season on March 16 at the National Collegiate Wrestling Association National Championships. All six of the Trailblazer men qualified for nationals. One of the qualifiers, Ibrahim Bah, a sophomore business major from Conakry, Guinea, said he didn’t know what to expect going into the national tournament.

“I went out there and gave it all I had,” Bah said. “With the little time I had to prepare compared to other teams, I’d say I did pretty good. Because of my team, they helped me catch on and qualify for nationals.”

Cole Patterson, a freshman general studies major from Spanish Fork, said one thing that helped his performance at the nationals tournament was that he was able to calm his nerves down.

“I went into overtime in my first match and that definitely shouldn’t have happened,” Patterson said. “But after that I calmed myself down and I started wrestling good and beat some good kids.”

Jakob Stucky, a junior exercise science major from Rochester, Minnesota, said the team was able to leave the tournament feeling satisfied but knowing they had things to build upon for next season.

“One thing as a team I think we would like to improve on is having more experience,” Stucky said. “This year was hard to get matches and it was hard to get opportunities to wrestle before the national tournament. I think that hurt us because a lot of these teams that we were wrestling had wrestled 30 to 40 matches going into the national tournament, whereas we had less than 10 for some of us. So I think that’s one thing that would really help us, having those matches and having that mat time.”

The DSU women’s wrestling team was named co-conference champions along with Fresno State University before the national tournament at the NCWA West Coast Conference Championship. All three of the women wrestlers placed first.

At the national tournament, Kiana Herder, a freshman biology major from Parker, Arizona, was named the first DSU All-American female wrestler after placing No. 4 overall. Herder said she believed she could win going into the tournament.

“Even though I am very proud and very happy that I’m an All-American, I believe that I could’ve done better and I’m not satisfied with it,” Herder said. “I know our team can get better with the help and support and having more people come out to help support the team. But I’m just grateful I had an opportunity to go to nationals this year.”

Stucky said one thing that the team wants to do next year is involve the school a lot more and have more home tournaments. The Trailblazers only hosted three home wrestling events on campus this season.

Wrestling will resume their next season in November.