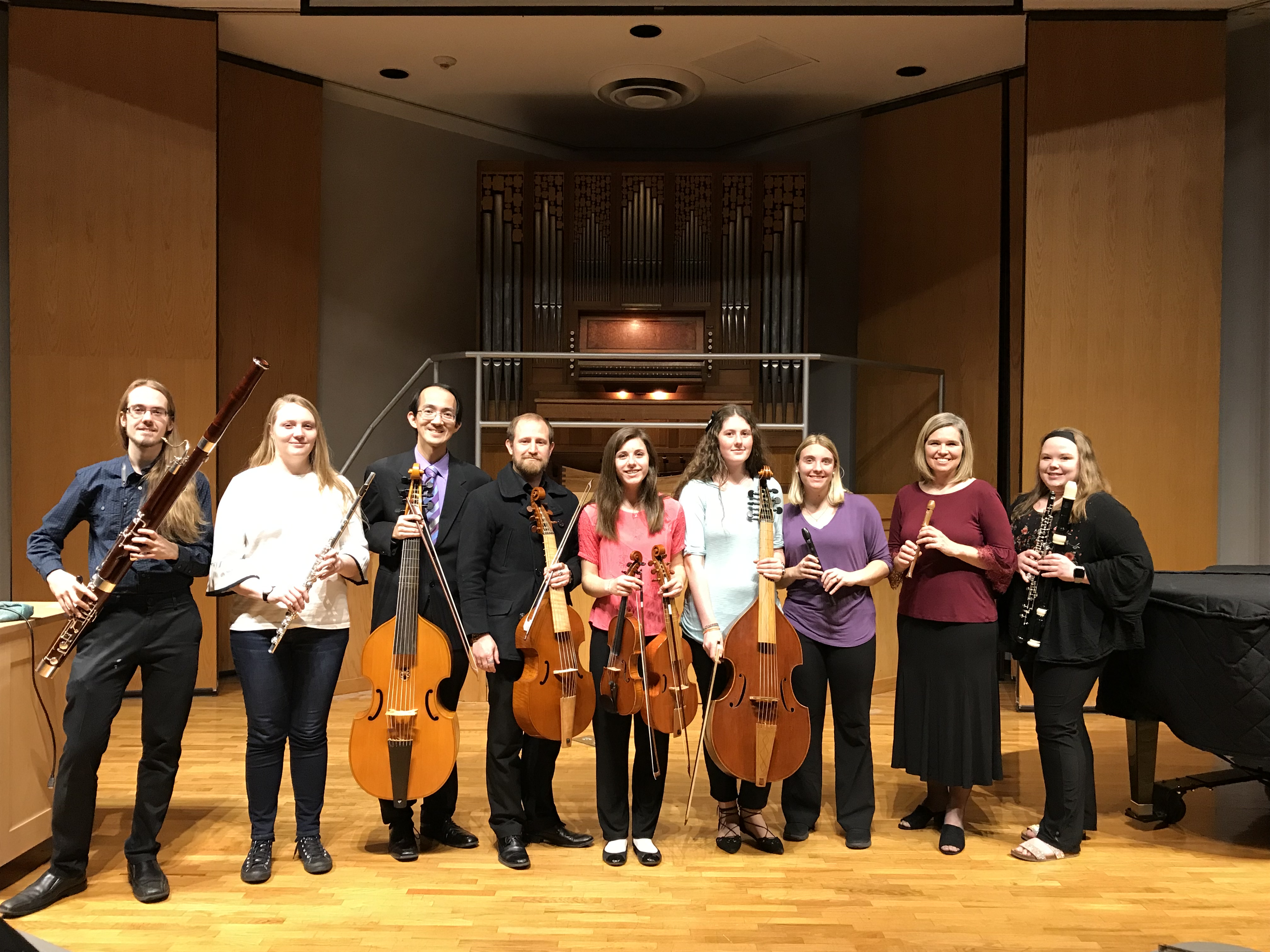 The Dixie State University Music Department is hosting the Early Music Festival for the second time with hopes to educate students and the community about early music in a unique way.

Ka-Wai Yu, assistant professor of music, said the music department was able to host this event with the support of a mini-grant received from Early Music America, a nationwide organization that supports the performance of early music. DSU is one of eight recipients in the nation of this grant.

The first Early Music Festival was in March 2017; Yu said he wanted to continue the festival because it was a huge success.

Yu said it was important to bring back these unique types of music and present them to students and the community in order to spark passion in young individuals.

“We want to get students involved and communicate with them through music,” Yu said. “Young people should have that passion to look for how sensitive and wonderful this music is.”

Yu said he feels people have focused more on the performers and have forgotten about the composers who created wonderful music, such as Johann Sebastian Bach.

Organ performers Susan and Stephen Talley said Bach is the most important music figure for anyone in the music industry to study.

“Bach is pivotal to history; he is a landmark,” Stephen Talley said. “He is pinnacle to the learning school.”

Susan Talley said she admires Bach because he learned from older composers; he learned about how they did what they did and the importance of why they did it. An important part of early music is understanding the reason behind the music being composed.

“[Early music] is really the foundation of a lot of our western music harmony system,” Susan Talley said.

Stephen Talley said there are different ways of thinking about musical structure. Early music is just the building block to what music turns into later, such as the modern music we listen to now.

Ensemble performer Jonathan Rhodes Lee said: “In some ways, the artistic ethos of that time reminds me of our own, with a willingness to try new things and take risks. I believe that we could learn from the discipline and sense of cooperation and agreement that differentiates the artists of that period from our own.”

The performances during this festival are also celebrating the 260th anniversary of George Frideric Handel‘s death year.

The concert “Handel, a Celebration” will be on March 28 at 7:30 p.m. in the Eccles Concert Hall located in the Dolores Dorè Eccles Fine Arts Center. This performance is in collaboration with the DSU theater and dance department, Yu said. The theater department made dresses and wigs from the Baroque period for a few of the performers to wear.

Adding the visual aspect to the music allows students to imagine what happened during the time the music was written and why it was written, Yu said.

The period-instrument ensemble will be performing “Masterclass and Demonstration” on March 28 at 4 p.m. in the Eccles Concert Hall located in the Dolores Dorè Eccles Fine Arts Center. The four members of the ensemble are: Lee playing the harpsichord, Jennifer Grim playing the traverso flute, Gregory Maldonado playing the baroque violin, and Yu playing the viola da gamba.

The “Organ Extravaganza” performed by the Talleys will be in the Dunford Auditorium located in the Val A. Browning Learning and Resource Center on March 26 at 7:30 p.m. This piece will showcase DSU’s Baroque pipe organ, this being one of the only Baroque pipe organs in Utah, Yu said.

“We feel very honored to be a part of [the festival] and very happy that [Yu] thought to include us,” Susan Talley said. “[We are] pleased if anything that [the organ] exists on this campus.”