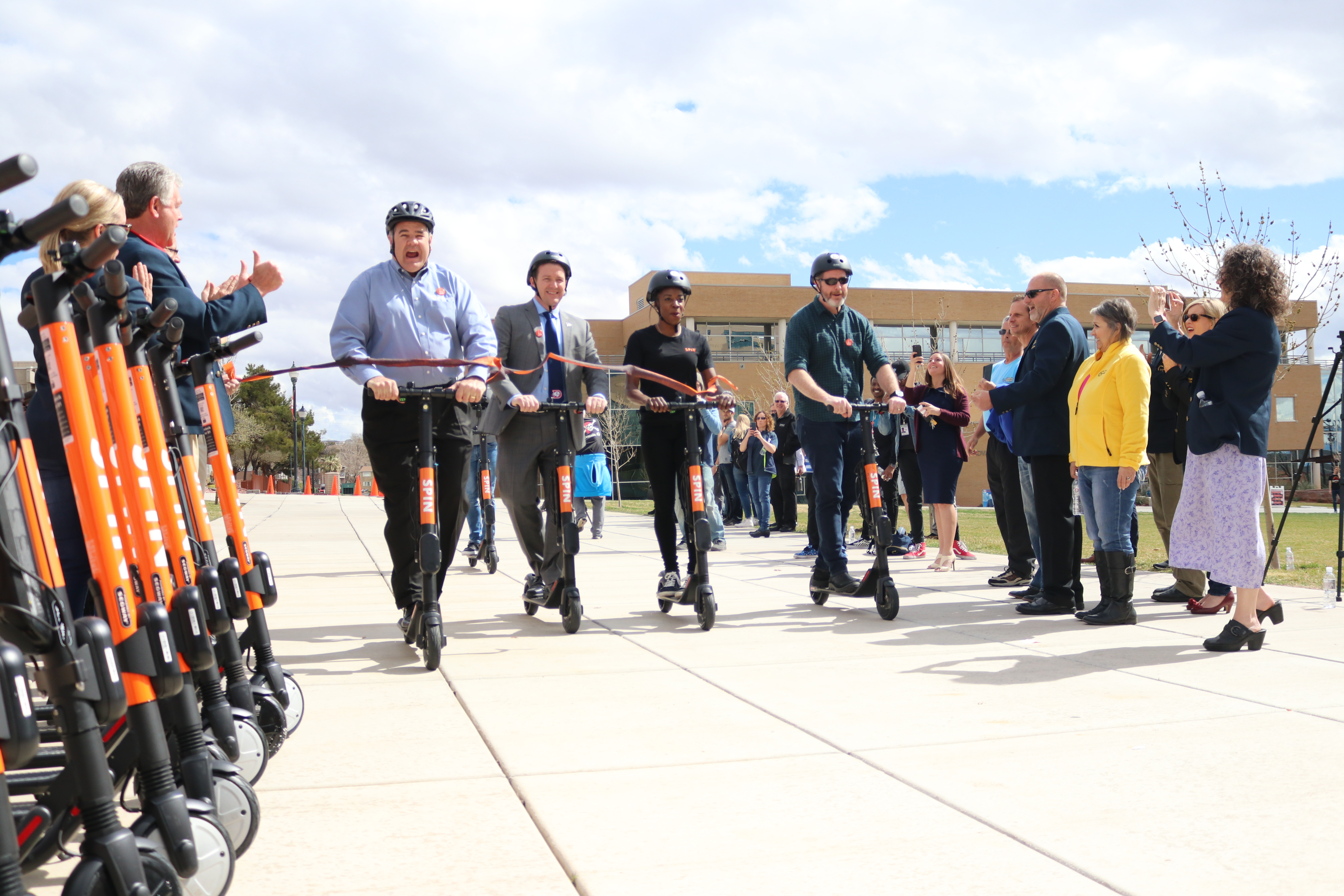 ZOOM! ZOOM! ZOOM! Strap up your helmets because the city of St. George and Dixie State University just launched its e-scooter program.

Spin, DSU and the city of St. George have partnered up to bring one of the latest fads to southern Utah. President Biff Williams said he is hoping that having the scooters here on campus will lower the number of cars on campus so we can build more buildings instead of parking lots and have lower emissions with people using scooters more than their cars.

DSU and St. George are starting out with 100 scooters and will increase to 200, 300 and 400 over the next few weeks as demand requires it, and will distribute to around 30 different St. George locations. The scooters can be used on sidewalks and roads in town, but just be cautious when operating around vehicles. Make sure to download the Spin app before trying to access the scooters, because that is what is used to activate them.

No one has to worry about charging the scooters either. Every night the scooters will be collected, charged and redistributed the next morning, ready to be used. In addition, you will not have to worry about damages to the scooters. If a scooter is broken, just leave it alone and that night when they get collected, they will be taken to the warehouse and will be repaired or replaced.

Alysia Montano, Spin marketing and events coordinator, said she is eager to see the success of Spin take off here in St. George.

“We have seen a lot of students at other universities excited to use the scooters,” Montano said. “Students are excited about the case of lowering emissions, community outreach and even bringing people together all through the use of these scooters.”

Taylor Purifoy, a junior business administration major from Ogden, said she is really excited about Spin being here on campus and in St. George.

“It makes DSU look a lot more hip,” Purifoy said. “It gives the city something else to do and going from class to class is going to be a lot easier and funner. It also makes for a great date idea. If we have nothing to do, we can just pick up a scooter and go around town to get some ice cream and other things along those lines.”

Adriel Munyamanzi, a sophomore business administration major from Salt Lake City, said he is also ecstatic to start putting the scooters to use.

“I see myself using the scooters two to three times a week,” Munyamanzi said. “I think it will even help attract future students to come to Dixie [State University]. It’s different and I don’t see this around a lot of college campuses.”

So get out of your bed, download the Spin app, get some friends together, and go take a spin on a Spin.