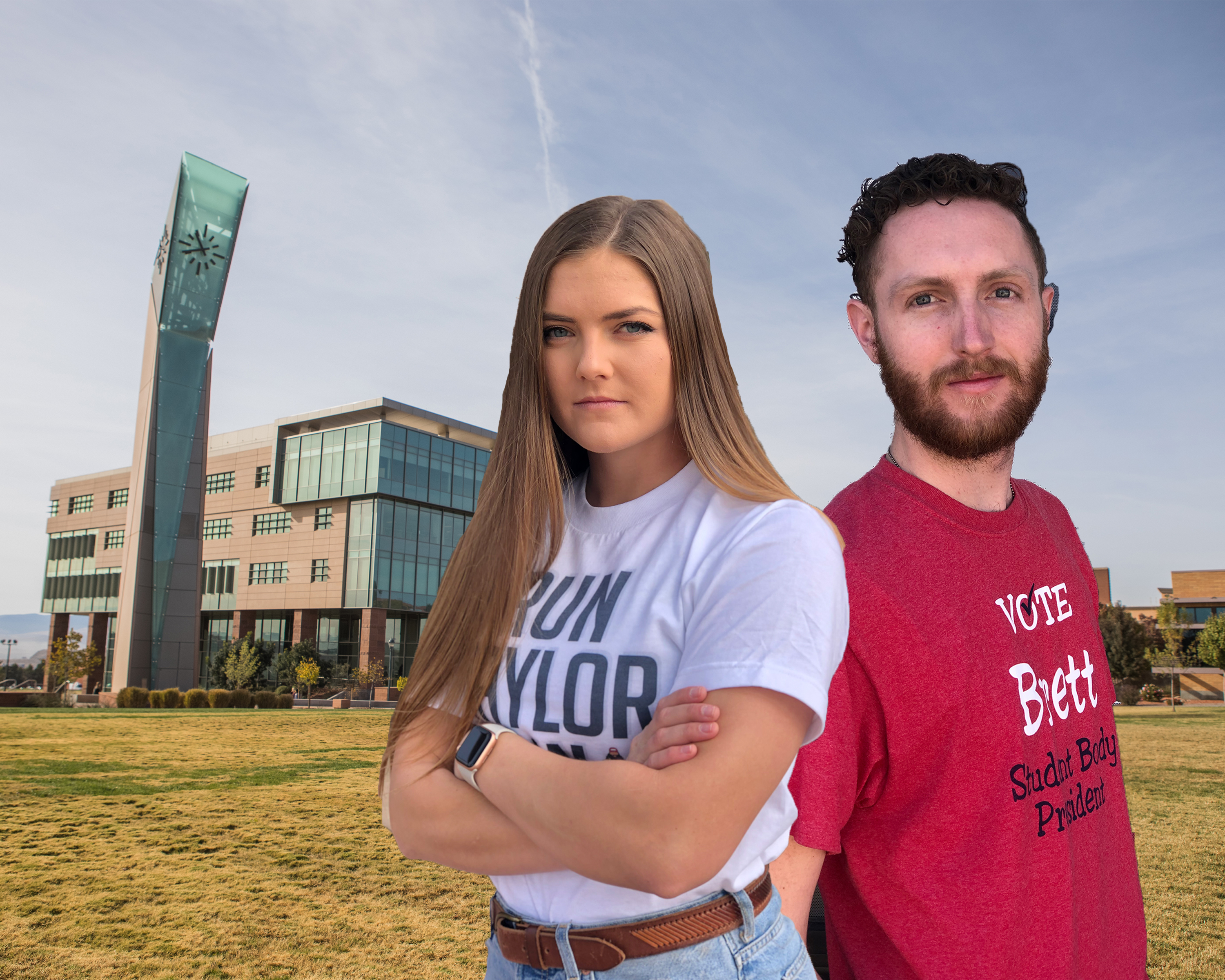 Godfrey said she is going to continue to do what she can to put herself out there and let the students know she wants their voices to be heard. She has made it a point to speak to different types of student leaders such as the sports teams, international student leaders and veterans.

Godfrey mainly wants to accomplish a sense of community, she said. Something she loved about Dixie State University when she first came here was the friendly and inviting environment. However, since then she has seen a divide form between people around campus. Not that the environment has become less friendly, she said, but that it has become harder to be friendly to each other. She wants to create an inviting environment again and ensure that all students feel comfortable.

“I feel like I have the capabilities to influence people for the better,” Godfrey said. “That’s why I’m running.”

Godfrey believes her previous student government roles have prepared her to feel comfortable and have given her the ability to go out and get input from students, she said.

Godfrey said she feels relieved about how the election has gone so far. She was not completely confident in herself going into the elections because she knew that she and the other two candidates had viable arguments for being good candidates.

“Everyone that is running has something different to bring to the table,” Godfrey said. “It’s honestly what the students want.”

Godfrey said she is confident in what she has to offer to students, how she has promoted herself and her platform, and is confident in the support she’s had throughout the election process.

Coleman will continue to promote his platform to students around campus, but he wants to improve on talking to more students in general to give them the opportunity to make an informed decision. He wants to do better at reaching out to larger populations such as Multicultural and Inclusion Center, international students, art students and the athletics department, he said.

“One of the areas I know I can improve on is reaching out to the athletes,” Coleman said.

Coleman said he loves DSU, and running for student body president is a great opportunity to give back to DSU and the students. He said he believes he is the most qualified person to lead students in a great way and represent them well.

“I recognized that I have the skill set that is needed as a student body president to help make sure the student association can continue to move forward,” Coleman said.

Coleman said he is feeling good about the election so far; it has been exhausting, but he has enjoyed meeting students and talking about his platform.

Coleman remains hopeful in the turn out and he and his team are working as hard as they can, he said.

Campbell said he is disappointed and shocked about losing, but thoroughly enjoyed his campaign. He put his heart and soul into it, he loved the marketing for his campaign, and he is glad he got to participate in such a cool experience.

“My one downfall was that I wasn’t forceful enough,” Campbell said. “I could have been more persistent when talking to people about voting.”

There are two pieces of advice Campbell would give to future candidates.

“Build a strong campaigning team,” Campbell said. “And if you have any desire to run, then start your freshman year and start getting your name out there because I believe if people know your name, that will help you monumentally.”

General elections will open Tuesday at 1 p.m and close Thursday at 1 p.m. Vote by logging into canvas and clicking on the link at the top of the page that brings you to the list of candidates to vote for.