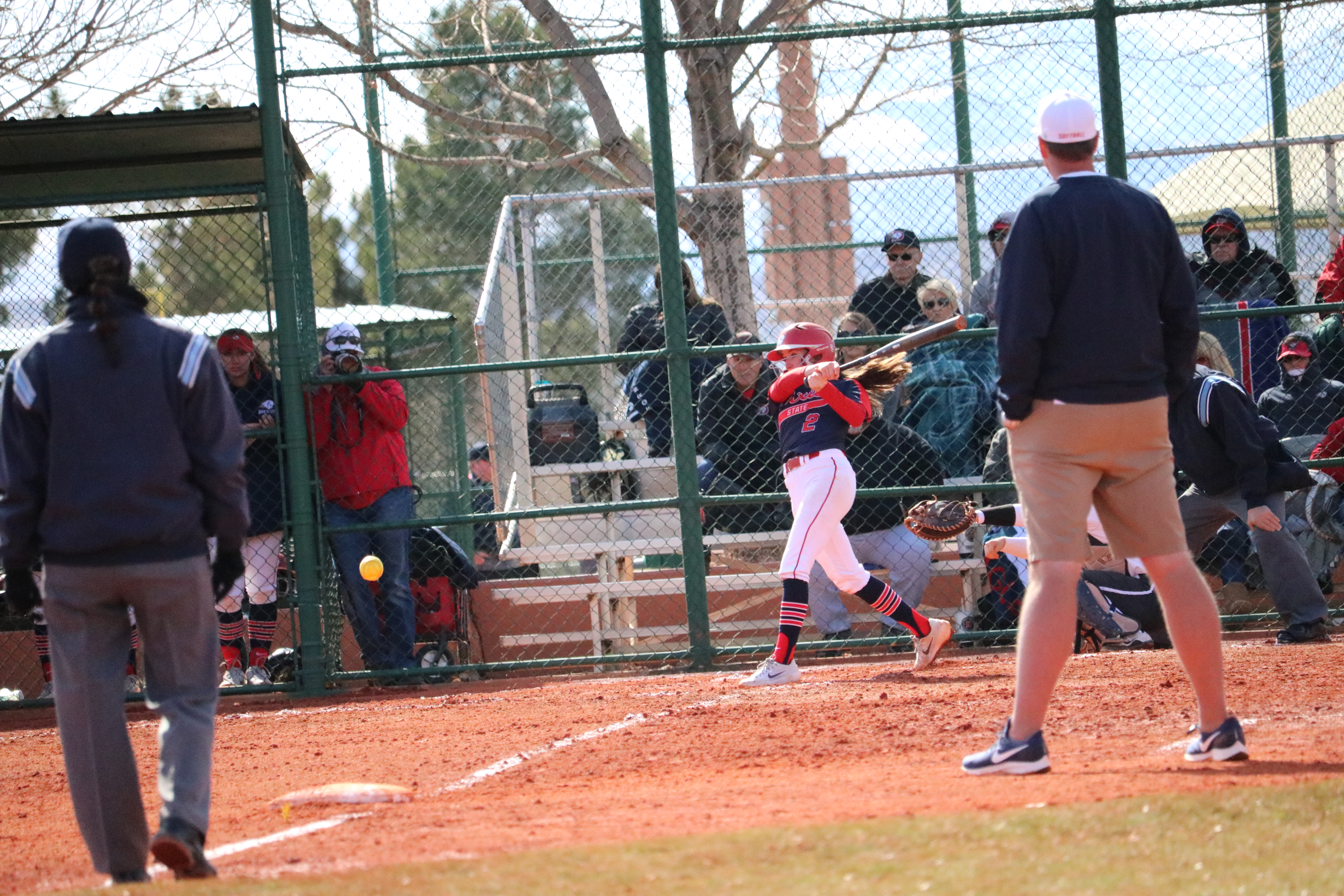 Being a team captain requires the ability to set an example for others and requires trust within the entire coaching staff and team.

The Dixie State University softball team holds a team vote at the end of each season to choose captains for the following season. Team captain Dani Bartholf, a senior finance major from Gilbert, Arizona, said head coach Randy Simkins has the team vote because he doesn’t get to see everything that goes on with the team.

“It’s not necessarily who gets the most votes,” Bartholf said. “Coach just wants to see who we see as a leader.”

Simkins and fellow assistant coaches talk about and make the decision to choose who will be a captain for the Trailblazers next season. Bartholf and Kaitlyn Delange, a senior business major from Cedar City, were chosen as two of the team captains for the Trailblazers’ 2019 season.

“Our work ethic on and off the field is one of the reasons why we got chosen as captains,” Bartholf said. “But I think honestly the whole senior class are captains.”

The DSU tennis team has a different approach to team captains. The players who have been on the team for a few years take on the role of team leader. Head coach Eric Pelton said it’s a position the players move into themselves.

“Its not an appointed [position] from myself or the team,” Pelton said. “Those girls step up and take that role and I just let them push forward with it. It helps because they direct and guide especially when I’m not involved. They really kind of direct the team in what to do.”

One of the team leaders is Kyra Harames, a junior biomedical science from Spokane, Washington, said,  “Being a leader means putting in extra work at practice and setting an example for the people that are new.”

Another one of the team leaders is Yolena Carlon, a senior exercise science major from Phoenix. Carlon said as a leader she includes everyone’s voice into decision making.

“We work with everyone and compromise with the rest of the team.” Carlon said.

Along with leading practices, the team leaders help plan events such as community service and fundraising events. Leaders are also responsible for choosing the team uniforms prior to every match.

“It’s more of getting the team together and helping create the bond and chemistry,” Pelton said. “Just getting them to unite as a team more than anything else. Once that happens, everything falls into place.”

The Trailblazers softball team has consecutive double headers in Grand Junction, Colorado, against Colorado Mesa University on March 2 and March 3.

DSU’s tennis team has its next matchup in Phoenix against Arizona Christian University on March 12.