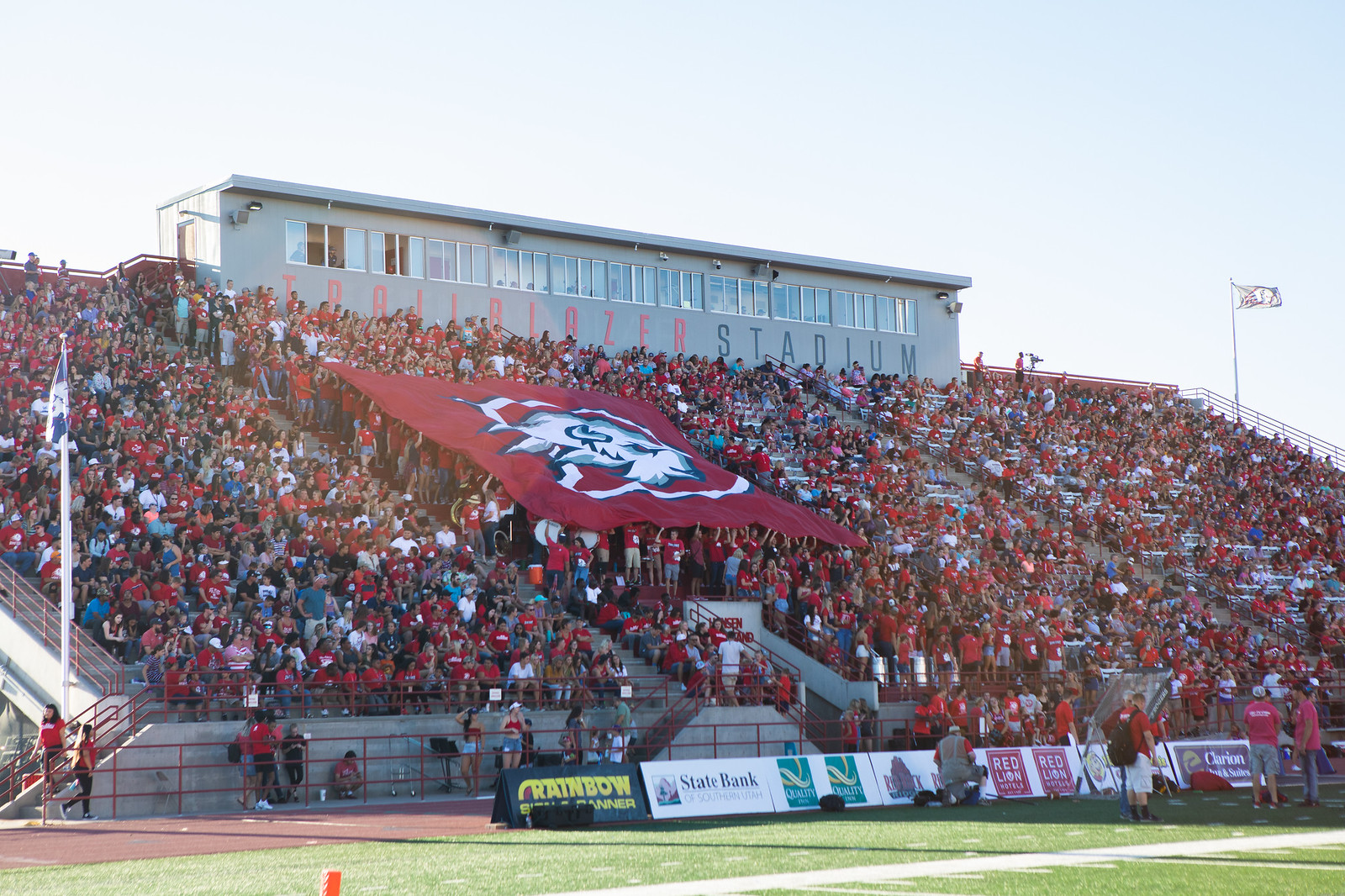 The Dixie State University Student Association has an athletic branch that promotes athletic events on campus to give students the ultimate fan experience.

Samantha Kidd, a sophomore exercise science and dance major from Las Vegas, is the DSUSA vice president of athletics. As VP, Kidd serves as a voting member of the Student Association Executive Council and the Student Fee Allocation Committee. Kidd also sits on the Student Athletic Advisory Committee and the Institutional Intercollegiate Athletic Council.

Kidd acts as a liaison between the athletics department, the Student Alumni Association and school clubs. Ensuring campus involvement for the sporting events at DSU is one of Kidd’s jobs as VP of Athletics.

“I work to instill a lasting spirit, loyalty and pride among [DSU] students,” Kidd said.

Kidd said she enjoys being able to be the student voice and liaison for the athletics department.

Kidd said, “I am able to work with the athletics department on creating an energy that makes students want to come to DSU games and creating opportunities to get the students involved in activities during the in-game promotions to win awesome prizes.”

Isaiah Strosser, a freshman general studies major from Springville, said he enjoys attending football and basketball games because of the student section.

“It’s fun to get loud and go crazy for our school,” Strosser said. “It makes it even more fun when there’s opportunities to win or catch prizes getting thrown into the crowd.”

The DSUSA Athletics Branch no longer has the position of the stampede president. A new position was developed called the athletic promotion coordinator. This position is held by Tanner Hollien.

As the athletic promotion coordinator, Hollien promotes the athletic events happening at DSU. Hollien manages the Stampede Instagram account and thinks of new ideas to get students out to games. He makes sure everything runs smoothly for the student section before and throughout each game. Hollien helps pass out supplies such as t-shirts before a game and works with athletics and the X club to pick students for promotions throughout the game.

Hollien said he enjoys being involved with all athletics at DSU.

“I’m so passionate about sports and just enjoy all things that go on behind the scenes before and during the games,” Hollien said. “This is something I would love to be doing in the future on a professional level.”

The VP of athletics is an appointed position. Applications are on Blazerlink, and anyone can submit an application. Members such as the student body president, vice president of academics and the vice president of clubs and organizations hold interviews and appoint the rest of the executive council. There are no elections for the athletic promotion coordinator, just an interview process.