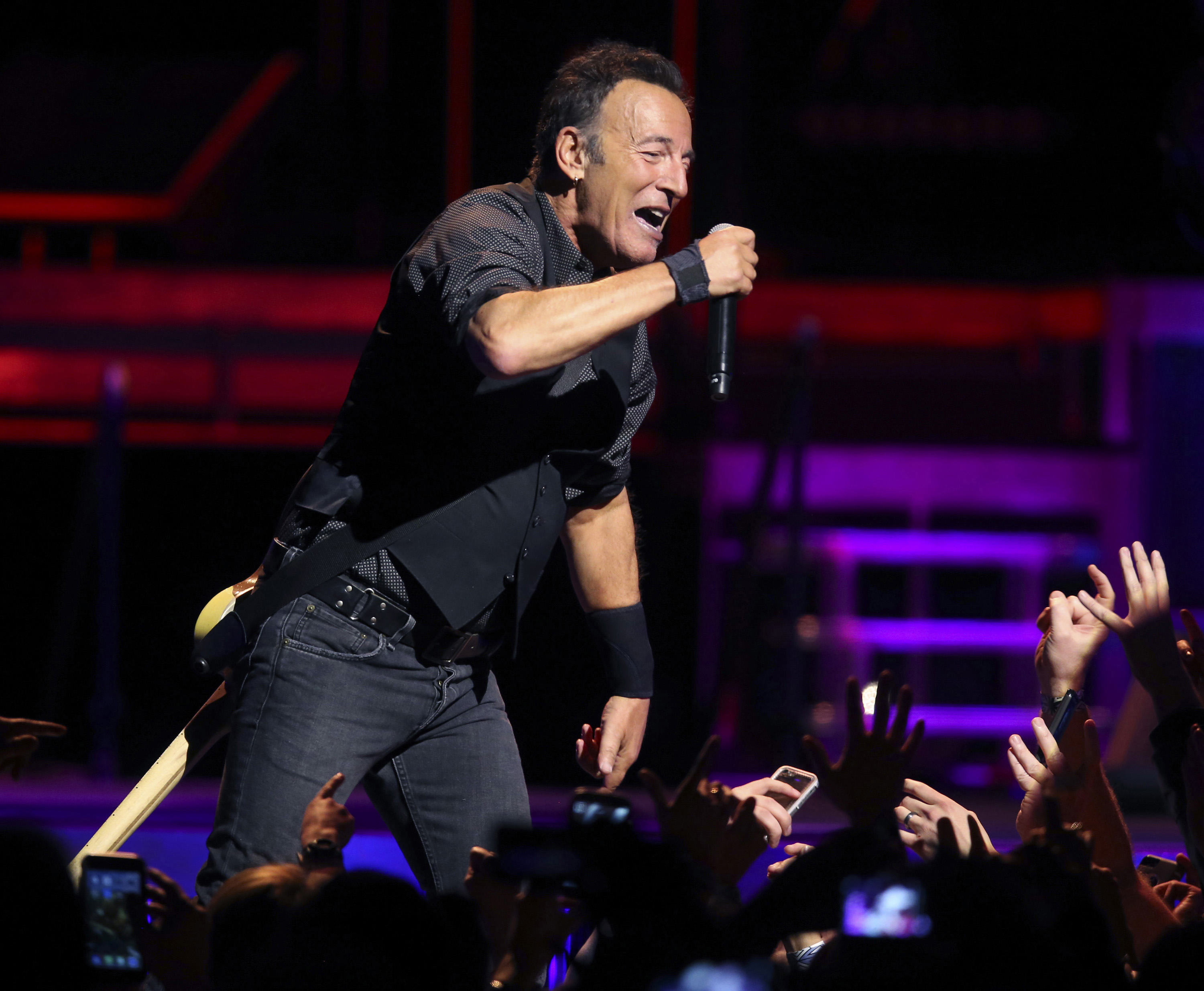 Bruce Springsteen and the E Street Band perform during their River Tour show on Jan. 19, 2016 at the United Center in Chicago, Ill. On Sunday, Springsteen accepted the American Theatre Wing's Special Tony Award for his one-man show, 'Springsteen on Broadway.' (TNS)

I grew up in a subdivision built on top of an old tobacco plantation. Slaves had worked the land where we rode our skateboards and played touch football after school.

A wide road bisected the neighborhood, leading on one end to a salt water creek. Sailboats drifted in circles around anchor buoys down there, and johnboats rested on the muddy shore chained to trees. There was a seaplane, too, that had bright orange floats.

At the other end of the road, which ran a mile or so, a large white house built during Reconstruction that everybody called the “mansion” stretched over a partly levelled hill. This had been the residence of the old planters and their descendants. It was a severe, but attractive, building with carpet-lined staircases, oak railings, plaster ceilings and chandeliers.

One day the real estate development company that had built the neighborhood informed the homeowners that it was moving the old house down to the creek with plans to turn it into a “non-riparian waterfront” property. No one as far as I know challenged this decision, and the process of separating the mansion from its foundation and lifting it onto an enormous flatbed truck proceeded a short time later.

We were in school the day the movers commenced with the house’s relocation. When the bus dropped us off that afternoon, we scrambled home, found our bikes and sped off in the direction of the creek.

We quickly found the truck pulling the hoisted mansion. Men with hardhats walked alongside it, communicating with hand gestures through the noise made by the truck’s shuddering engine. They waved us forward, and we hovered around the cab, watching the spectacle move inch by inch. Through the bottoms of our sneakers we could feel the ground quiver.

We watched for an hour or so from our bikes. Dusk rolled in, and the day lost its color, making silhouettes of the trees that rose around the subdivision’s edges. Then one of the truck’s tires blew out, and a blast of air that smelled like hot rubber swept past us.

The straining, groaning sound of the engine stopped immediately. As the door on the driver’s side of the cab popped open, a man in a hard hat jumped down. He didn’t shut the door. He had been listening to a rock station, and as he walked toward the distressed tire, I could hear Bruce Springsteen’s “Hungry Heart” spill out.

I know I’d heard the song before; it was a minor hit back then in 1981. But at that moment the plaintiveness in Springsteen’s voice, especially as he cried out “Don’t make no difference what nobody says / Ain’t nobody like to be alone,” made my own heart tremble. I felt an aching to be an adult at that moment, to experience for myself the aloneness the song warned against.

As the sun dropped behind the trees and the street lights came on, the pack of kids on bikes dissipated. The show had stalled, and we had to get home for dinner. I’m sure my sister and I were given cube steak and rice or tuna noodle bake or spaghetti with meat sauce or Kraft Dinner–dishes my parents served with confounding predictability.

My sense of who I was as a person that day had changed, however. The juxtaposition of danger and the gorgeousness of rock ‘n’ roll had made me aware of death’s imminence and freed in me an impulse to pursue what I could from life, to chase what I subsequently started to call the Big Ideas: love, art and resistance.

My mother and father that night at the dinner table asked about what had happened with the mansion and worried for us when we mentioned the blowout. They had no sense of what was now lying ahead waiting to spring at them.