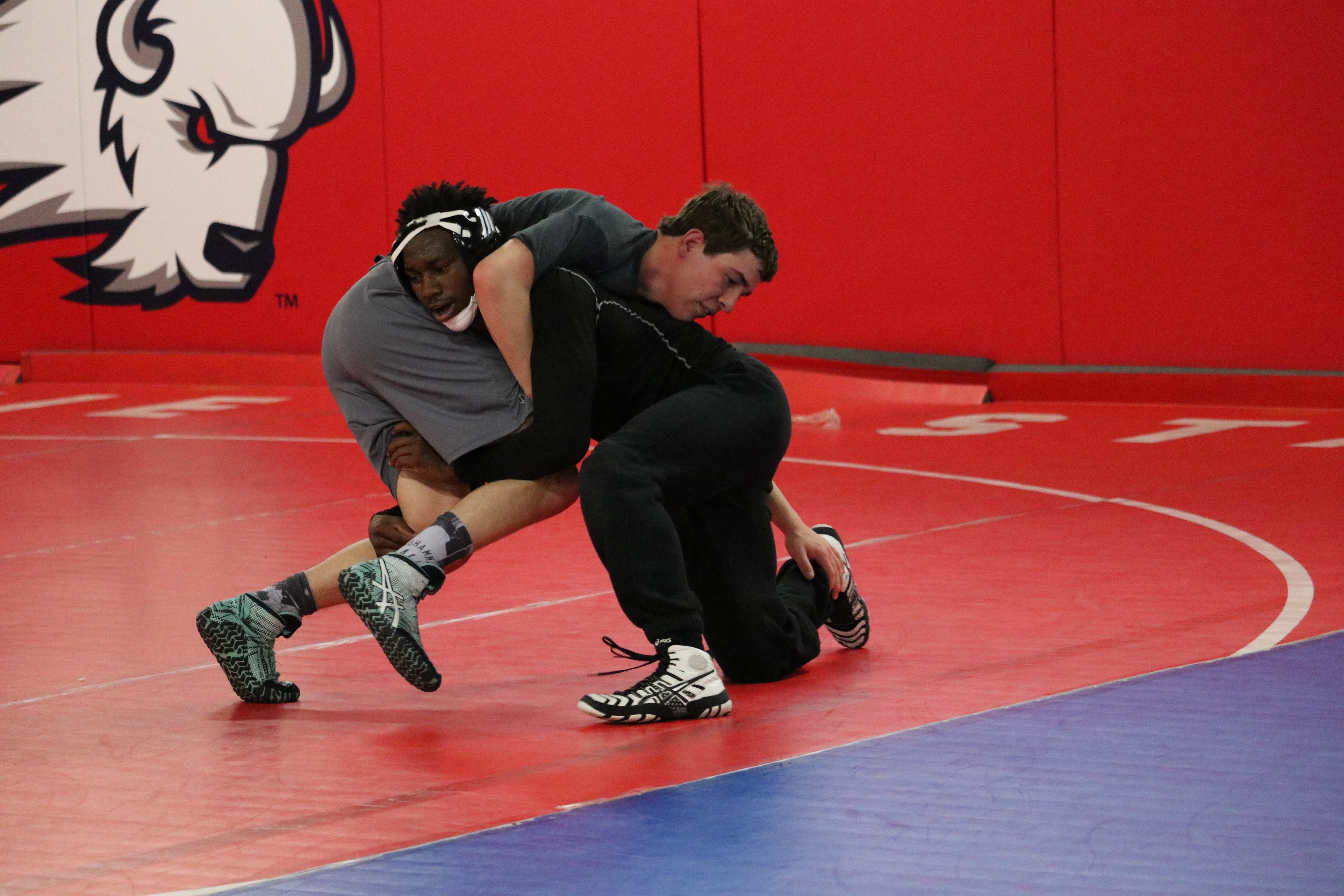 DSU wrestling is part of the NCWA in the West Coast Conference; The NCWA is the only athletic organization endorsed by the National Collegiate Athletic Association. Institutions have lost their wrestling programs due to Title IX. This was caused by influences such as budget cuts or governmental legislation. Therefore, the NCWA was started in 1997. Similar to the NCAA, the NCWA has conferences and a national tournament. The 2019 national tournament will be held in Allen, Texas, starting on March 14 and continuing to March 16.

DSU wrestling has been preparing and practicing since as early as November. The Trailblazers practice Monday-Thursday each week from 3:30 p.m to 5 p.m. The Trailblazers’ season is coming to an end as they prepare for nationals.

Head coach Wayne Briggs said the team still has excellent wrestlers despite having a rough season due to the small amount of individuals on the team.

“The kids that are here are amazing kids,” Briggs said. “Good wrestlers, [and] genuinely nice kids. Hopefully they all stay. I’ve got a bunch of kids that I’m talking to that we’ll recruit for next year so we’ll be back to the kind of quality wrestling we’ve had in the past.”

Cole Patterson, a freshman general studies major from Spanish Fork, said he wishes the team had more individuals but the members that are on the team are dedicated to the program.

“The guys that are here, we’re super dedicated,” Patterson said.  “We put in a lot of work and time at practice to try to be good. It’s something that I’ve come to enjoy. I like wrestling the best guys and scrambling with the best guys. I like trying to come on top and be the best.”

The group not only has a men’s team, but also a women’s team.  The captain of the women’s team is Shavelle Espindola, a freshman dental hygiene major from Ewa, Hawaii.

Espindola said it takes determination to be part of DSU wrestling.

“We condition every single day,” Espindola said. “We cut weight. We’re very cautious of our weight and we are disciplined in our eating. We’re cautious of our bodies and our health. It’s hard, mentally.”

Jakob Stucky, a junior exercise science major from Rochester, Minnesota, said it takes mental toughness to be a DSU wrestler.

“It takes someone who’s willing to go the extra mile and willing to put in the extra effort to be great,” Stucky said. “I have respect for anybody who wrestles and anybody who’s willing to lace up their shoes and go out in the circle. One thing we try to do here at Dixie State is to make sure that our wrestlers are mentally tough and that we are technically sound as well.”

The Trailblazers continue to prepare for their next matchup, which is the NCWA WCC Championship. It will be held at DSU in the Student Activity Center on March 2 starting at 8 a.m. This championship will double as a qualifier for the national tournament.