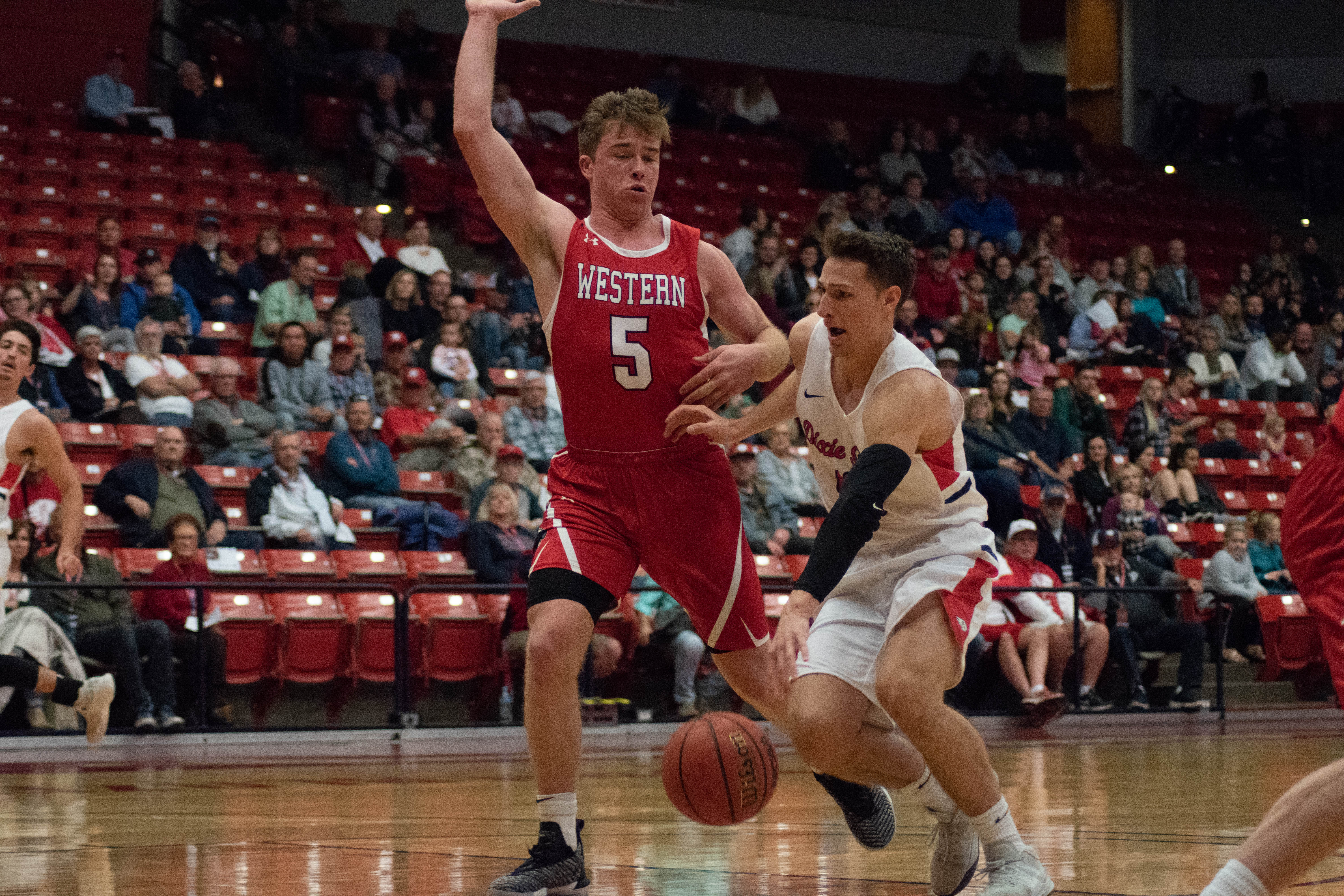 Dixie State University men’s basketball team is on an eight-game win streak after winning back to back games this weekend.

Dub Price, a senior business administration major from Draper, said he is eager for the away games next weekend against Fort Lewis College and Adams State University.

“We just have to stay consistent,” Price said. “We have to play with the same amount energy and effort and we should be fine on the road.”

The Trailblazers won their eighth game in a row on Saturday against CMU, 80-73 after only leading by 1 point at the half.

“We really worked on our stance this week,” Ducree said. “We made sure we were calling out ball screens, being in the gaps and making sure we are in position when we need to be.”

“I like our 16 offensive rebounds,” Judkins said. “It was huge for us, allowing us to get those second and third shots off.”

Coach Judkins said he is also eager for next week’s games at Fort Lewis College and Adams State University, stating it is one of the hardest trips the team has to make during the season.

“Staying healthy and getting our rest is going to be key,” Judkins stated. “It is our farthest away game and there is going to be a snow storm, so we have to be mentally tough to go over there and get two wins.”

The Trailblazers have two away games next weekend against Adams State University on Friday in Alamosa, Colorado, and Fort Lewis College on Saturday in Durango, Colorado. Both teams have already been defeated by DSU earlier this season.