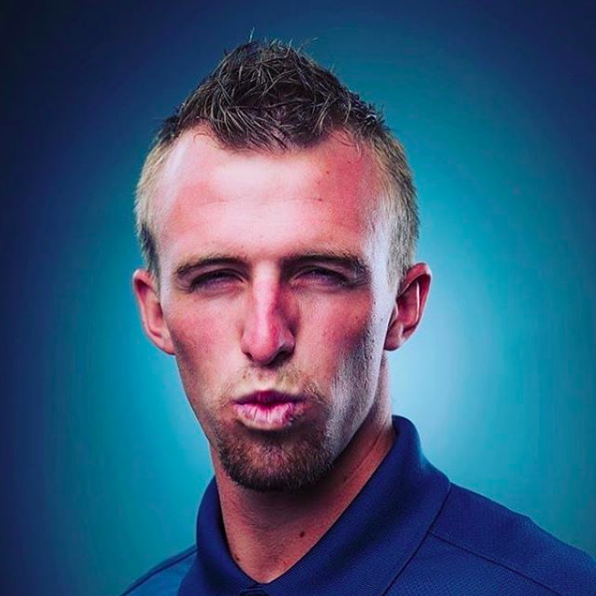 Student Body President Cajun Syrett, a junior communication major from Bryce Canyon, is the central gossip around campus based on a secret Instagram fan page created at the beginning of January.

The page consists of pictures, videos, memes sent in by close friends of Syrett’s, and screenshots of messages from Syrett answering different questions such as “what’s your favorite color” and “what do you do in your free time.”

The anonymous page owner is teasing a surprise announcement once the page reaches 200 followers; it is currently at 137 followers.

The identity of the individual who owns the page remains unknown. However, Steven Boyle, a freshman computer science major from Los Angeles, may know who’s behind the screen, but does not want to spoil it.

“[It would] ruin the mystery of it all if [people] found out who it was,” Boyle said.

Revealing the owner behind the account would defeat the purpose of a fan page, the fan page said to Syrett.

“It was kind of a joke [and] I thought it would be a funny thing I could show my friends,” the fan page said. “Then it got a lot of attention real fast.”

This page doesn’t go against any university rules as it does not fall under the University Marketing and Communications’ jurisdiction because it is not related to DSU, Kayla Coolbear, social media and digital marketing specialist, said.

The policy in place for social media accounts is if it is specifically created to represent DSU, such as the DSU President Twitter account, then there would be procedures and guidelines created for the page.

“I love it when students use social media to pick one thing at [DSU] that they love, and then just talk about that one thing,” Coolbear said.

Coolbear said this page is similar to other social media pages students have made in the past for fun. One she remembers is a Twitter account called “DSU free food finder,” created in 2013. The student would post every time they found out about an opportunity for free food on campus.

Syrett said he was surprised when the page first started out. He did some digging of his own to find out who was behind it, he said. He had a theory that his friends were pulling a prank on him, and he talked to everyone close to him. After messaging the page owner and having no luck, he decided to give it up and respect the individual’s privacy, Syrett said.

“I have enjoyed following it and seeing some of the memes created,” Syrett said.

Go check out the page if you haven’t already seen it. The more followers it gets, the closer the big surprise becomes.