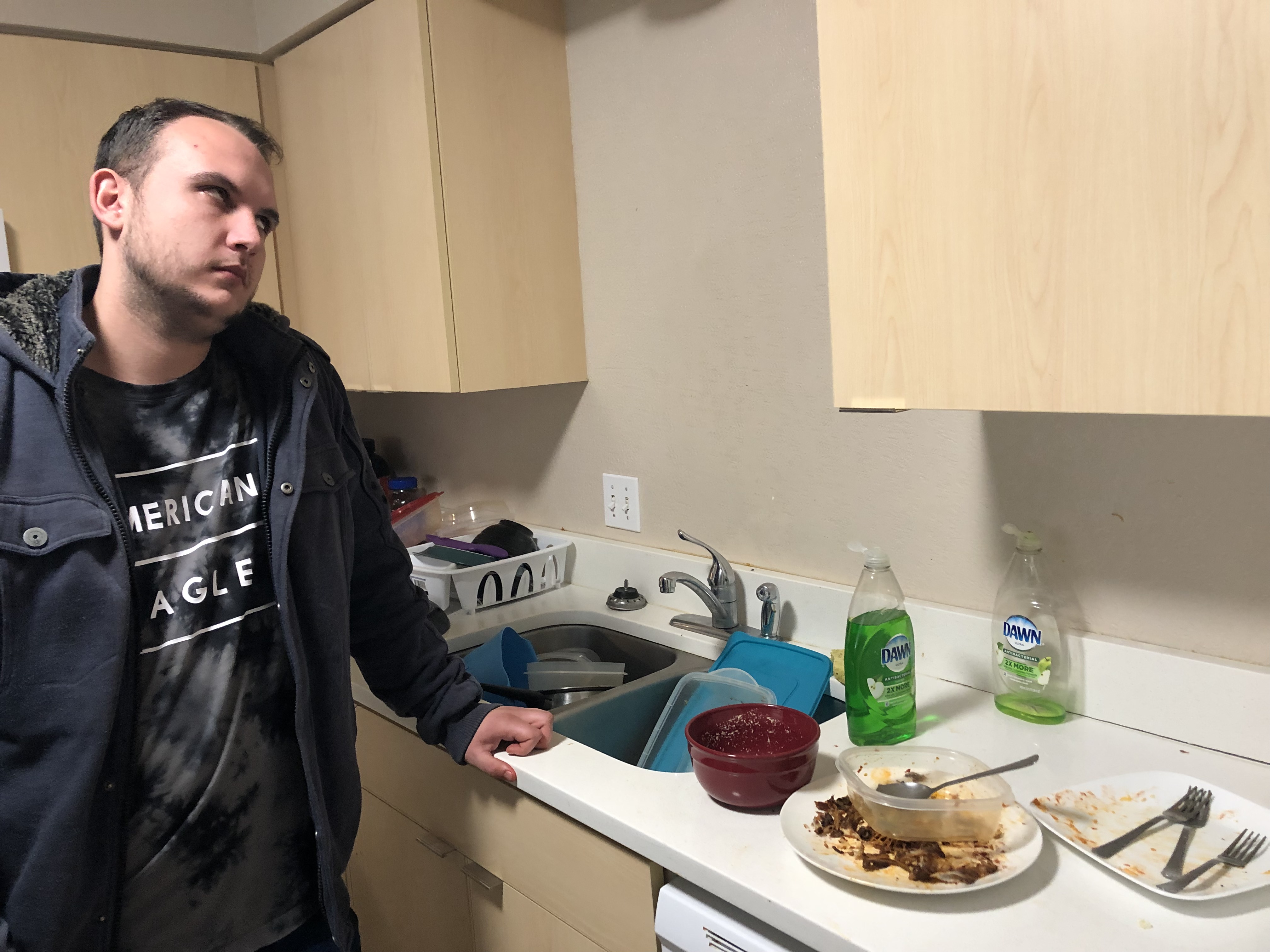 Going from living with people who you’ve known your entire life to living with five strangers from a variety of backgrounds can be interesting, to say the least.

I’ve had my fair share of not-so-fun experiences living with roommates, and most people can say the same. When six students with totally different personalities are crammed into a four bedroom apartment, it’s almost impossible not to get a little awkward from time-to-time.

During my first week in the dorms, myself and two others were ripped from our rooms and forced to move. Leading up to the first week of classes, all six of the girls in our dorm were texting, emailing and getting ready for what we thought was going to be a year full of the most fun sleepovers.

Almost a week into living with these girls, three of the roommates locked themselves in a room and refused to talk to anyone else in the apartment after they came out. Myself and the two other roommates had no idea what was happening until they called the resident assistant and resident manager in later that evening, refusing to sleep in the apartment because they “feared for their lives.”

A meeting was scheduled for all of the girls to sit down and get to the bottom of what was happening, but the meeting never came to fruition. Myself and the two roommates were forced to move immediately, requiring me to call out of work and miss class during my first week while the three other girls remained in the apartment.

A list of complaints was referenced in my meeting with two housing officials, and I requested the documents; after receiving the list, which was multiple pages long, I found that myself and others were kicked out of our apartment for trivial things like “eating cereal too loudly,” but also for claims of physical abuse, which held absolutely no merit.

I had spent the first week of my college career trapped in my room, waiting for the roommates who complained to leave the living room so I could get something to eat without bothering them and moving into a new apartment where women who were already associated and had heard terrible things about me. Housing staff had made me feel like a criminal, and I was told by a Dixie State University administrator that I did not have the right to due process as a student living in the dorms.

Luckily for me, my new roommates became some of my best friends, and one of them is going to be my maid-of-honor this fall. However, to this day, I know that this situation could have been avoided, and I wish I had been given that chance. There are a few steps you can take before going to any manager or resident assistant for help.

Small things can pile up quickly; leaving lights on, not taking out the trash or letting dirty dishes pile up are inconsiderate, but it is not the end of the world, unless you let it be. It is imperative that you are upfront and honest with your roommates. They cannot read your mind, and especially if they are people you have just met, there is going to be some dissonance as everyone is getting used to each other.

If something is bothering you, talk with the roommate who is doing it. Sometimes simply reminding someone that they are not living alone can solve a lot of the more commonplace disturbances that cause a lot of roommates to fall out with each other, like having the television turned up too loudly or not pitching in on community products.

That being said, it is also important to remember that you are not the only one going to class or working a job. It might just be a busy week, and if you remind your roommates to do the dishes, it might take them a second. It is not their job to drop everything to satisfy you, and it’s important you remember that as well.

Hearing what someone else has said about you can ruin a relationship immediately. It becomes that much more important to talk to people instead of about people when you are living with them.

If you are having trouble getting along with someone you live with, don’t complain about them to the other people who live in the house or apartment. It is much more efficient to go to the person with whom you are experiencing a conflict.

It might not only fix any problems you are experiencing more quickly, but gossiping is like a game of telephone with real-world consequences. Having your roommate hear what you think from your own mouth is more accurate and can often save everyone in the house or apartment from unneeded friction and having to choose sides.

If all else fails, get outside help

If you have spoken to a roommate multiple times about something that is taking away from your experience or makes you fear for your life or safety, go to your resident assistant. They are there to help and offer an outside look on whatever the situation might be, and often times they are able to offer solutions that might have never crossed your mind.

Unless absolutely necessary, go to the resident assistant yourself; don’t send a friend or a parent. Like gossiping, a lot of things can be blown out of proportion, and at the end of the day it’s not your parents who are going through conflict with your roommates.