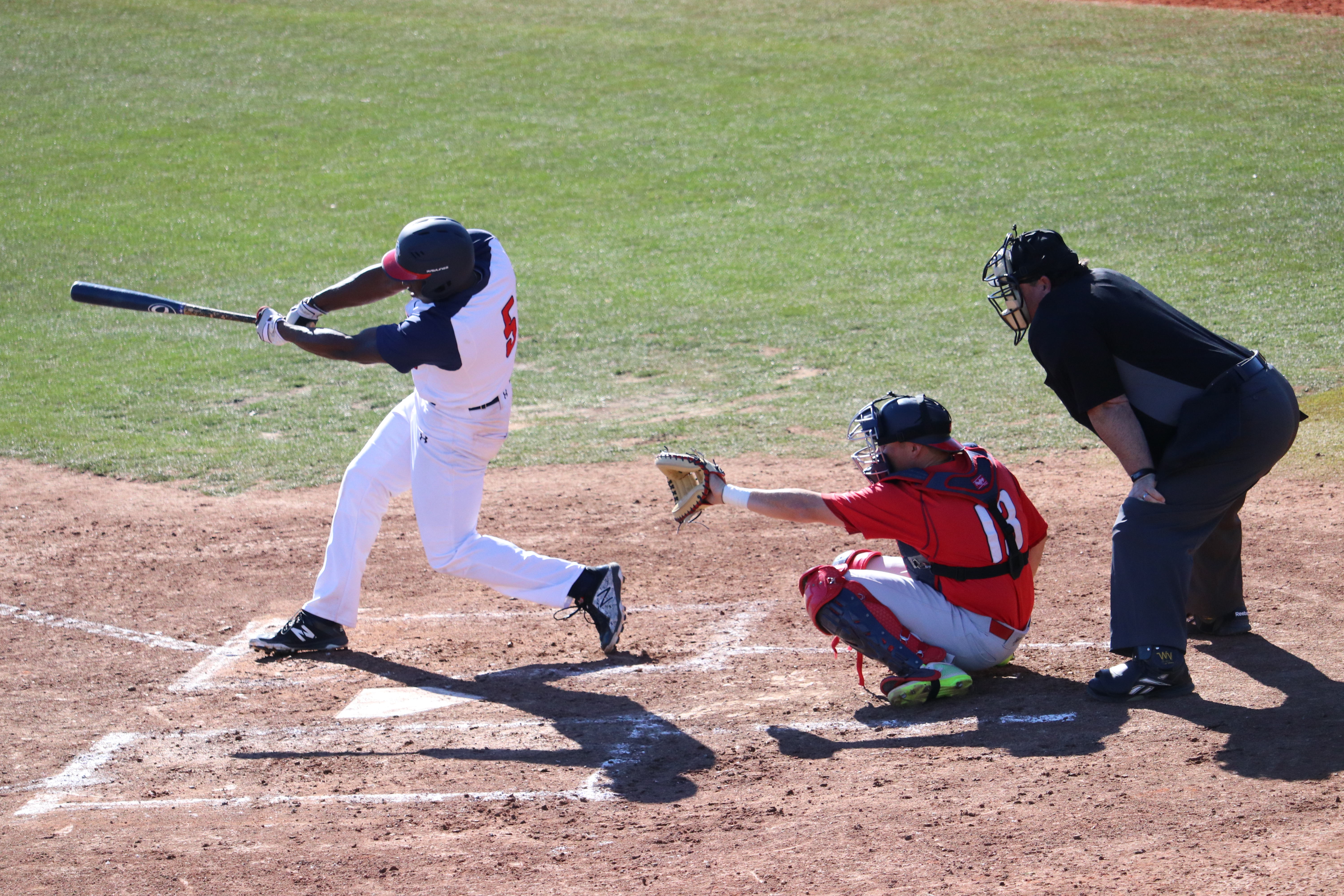 Thirty-six Dixie State University baseball alumni returned to DSU for a weekend of activities and celebrations to kick off the 2019 spring season.

This event was part of the 2019 Dugout Club Spring Kickoff Weekend that was held on Jan. 25 through Jan. 26. The weekend began with a golf tournament at Coral Canyon Golf Course on Friday morning and the seventh-annual baseball banquet followed at 6 p.m. in the Gardner Center Ballroom. The 2004 National Junior College Athletic Association National Championship team was recognized and inducted into the DSU Athletic Hall of Fame on Jan. 26.

Chase Leavitt, a 2004 championship team member from St. George, said he came back this year for his 15 year reunion.

“[My favorite part of the game is] just getting out there with the guys, joking around, catching up with them a little bit and putting the cleats on, being able to hit, play defense and compete,” Leavitt said.

This was Leavitt’s second alumni game, and his first was in 2014. He said the atmosphere, people and coaches are what brought him back to DSU. Leavitt said DSU going Division I is a big step in the right direction, and he would like to see the baseball program continue to rise in the years to come.

Head coach Chris Pfatenhauer said he plans this event to bring the guys back and so the current players get to see the guys that came before them and blazed the trail for their program.

Pfatenhauer said: “This year we split them by older and younger. All the guys that graduated from 2014 and older were one team and all the other guys were on the other team. Today we had 36 alumni here… some of them haven’t seen each other since they graduated, so just the camaraderie and getting to see each other in the dugout [is my favorite part].”

Austin Christiansen, 2012-2013 alumnus, said it was fun to come back to the field and relive the glory days for a day.

“Hanging out with the friends that we played with, seeing the coach and the new players, and playing on this beautiful field is the best part,” Christiansen said.

Kody Christoffersen, 2012-2014 alumnus, said the biggest change he has noticed at DSU since he was a student is the baseball clubhouse.

“The clubhouse upgrade is the big one, the field is still just as nice as it ever was,” Christoffersen said.

As for the future of the DSU baseball program, alumni expect it to be bright.

Christiansen said: “They’re going D1 so it’s going to get better. They’ll probably get a lot more money, more facilities, better equipment for the players, it’s going to be good.”

Christoffersen also has positive expectations for the future of the program.

“I think when they go D1 they’re going to sky rocket,” Christoffersen said. “I can’t imagine anybody who wouldn’t want to play on this field.”

DSU baseball begins its first season in the Rocky Mountain Athletic Conference with a four-game road trip to San Bernardino, California. The team will play the first of three games against Saint Martin’s University on Feb. 1 at 5 p.m., and Cal State San Bernardino once on Feb. 3 at 3 p.m.