Student fees up for review 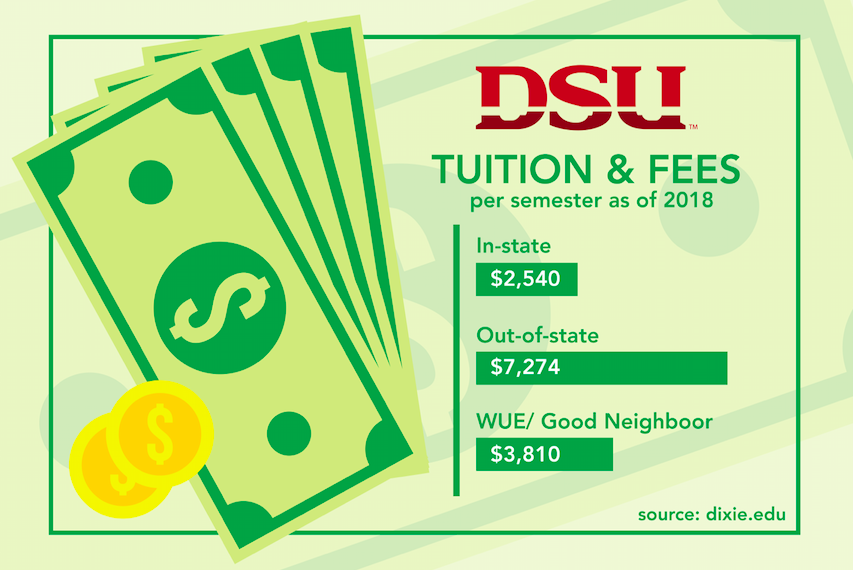 The Student Fee Allocation Committee will be reviewing student fees and making recommendations to the board of trustees from for the upcoming 2019-2020 school year. This annual review takes place from Feb. 11 to Feb. 15 and will help determine exactly where students’ fee money goes.

This review follows a change in the state legislature, which now requires the SFAC to review every fee every year, said Luke Kerouac, director of student involvement and leadership.

The state legislature has also incorporated stricter boundaries regarding how much money the SFAC is permitted to increase fees, said Student Body President Cajun Syrett.

Who’s going up for review?

Following their initial review, nine organizations have been asked to participate in fee hearings: Athletics, Instructional Computers, the Department of Student Involvement, student center operations, Campus Facilities Maintenance, fine arts, the Dixie Sun News, student ID cards, and student inclusion. Furthermore, any fee steward who has requested a change in their fees will be given a hearing.

As of Jan. 25, the writing center is the only organization requesting a change not asked for by the SFAC.

Following the decision for Dixie State University to go to Division 1, the DSU athletics department has asked for an increase from $81 to $102, Syrett said. While nothing is confirmed yet, Syrett said the administration and SFAC are worried about burdening students with such a large increase.

“This is a very large ask… we’ll see what happens with the hearing and how the SFAC decides to vote,” Syrett said.

What’s the process of reviewing fees?

According to a copy of the SFAC Bylaws, the review is split into three phases: fall semester, spring semester, and upon the decision of DSU’s tuition increase. In the fall semester, the student committee is determined and all fees are initially reviewed. The SFAC determines what fees need to be justified and send out letters to fee stewards, alongside accepting new fee request proposals.

Beginning spring semester, the SFAC reviews all submissions and Fee Allocation hearings are scheduled and held. Following the hearings, fee stewards are sent letters regarding the decision and justification determining their fee allocation and the SFAC finalizes a recommendation for the upcoming year to present and propose to the University Council and board of trustees. From there, the board of trustees determines whether or not to take this recommendation and letters are sent out to fee stewards regarding the final decision.

What’s the purpose of reviewing fees?

“The mindset of the SFAC is very focused,” Syrett said. “If the SFAC doesn’t believe a student should be paying for something, it may result in a decrease of a fee. [DSU’s] student fees should be in place to add value to a students experience at the institution.”

Syrett said the main factors incorporated into reviewing fees are the impact that the fee is having on the student body, how efficiently the fee is being used and where the funds are actually going.

Vice President of Athletics Samantha Kidd said, “A lot of people are working really hard and really long hours trying to make sure that students’ money is going towards something [students] are going to utilize.”

Who’s on the committee?

The SFAC is divided into four sections: The executive council, the minute taker, three students at large and advisers. The 2019 committee is made up of the following members: