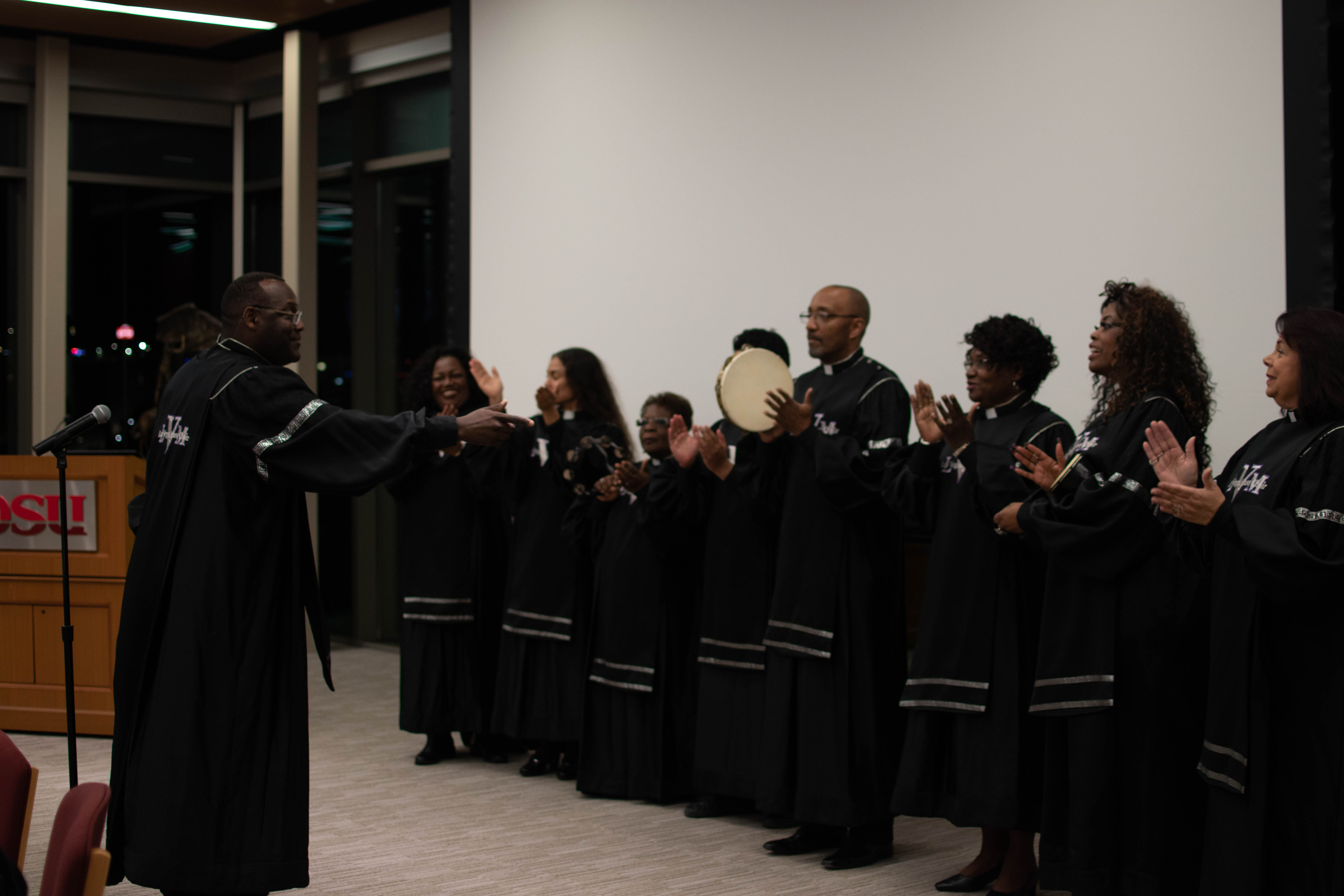 For the 11 years that the MIC, a student support service that works to increase diversity on campus, has been present at DSU, they have held one service day on the Tuesday after MLK day. This year, Tasha Toy, MIC director and chief diversity officer, wanted to change the length of the event in order to get more people involved.

“One of the things that I was hearing from some of the student groups was the lack of participation when it came to MLK day of service,” Toy said.

Toy decided they should plan an event on MLK day, rather than afterward, and also include three other days to focus on him. The events were not only for DSU students and faculty but also anyone in the community who chose to participate.

The students of the Multicultural and Inclusion Student Association, which is a part of the MIC, helped organize it from there. They wanted to celebrate MLK in several different forms, which is how they came up with the idea for the gala night, hosted Saturday evening, a religious service held on Sunday afternoon, and the multiple service projects on Monday.

MLK Day of Service, an international holiday when organizations and schools do community service in his honor, consisted of four different service projects throughout campus and the community.

The MIC works with 14 community partners to organize a campus to community event each semester; this one being the day of service. This is the third service event the MIC has organized with the elderly in the community. Last year, the MIC organized Project Lonely, a project where they visited the elderly in nursing homes and rehabilitation centers that did not have visitors.

“We have a large senior population and we want to make sure that is a need that is being met,” said Mike Nelson, assistant director of MIC.

The gala was the first ever inaugural event that MIC has hosted. The guest speaker, Pastor Gerald Washington from Las Vegas, spoke about the importance of service and hard work. Other speakers such as President Biff Williams and Toy spoke about the legacy of King.

The MLK Interfaith Service consisted of different religions coming together and speakers such as Chaplain David Jones from the United States Army Reserve who is also an instructor at DSU, and Peter Gitau, vice president for student affairs. These speakers spoke on the legacy that King created, and focused on tolerance, equality, love and compassion.

“He dreamed of a day when we could live in a society more bounded by what unites us and less of what divides us,” Jones said.

Nelson said this service is similar to the National Day of Prayer breakfast that the St. George Interfaith Council, a community that shares their own faith, organizes each May. This is the second time that MIC has worked with the Interfaith Council on a service event.

“We come together in unity and recognizing our own diversity and we respect that in each other,” said Carole Drake, vice president of the St. George Interfaith Council.

The weekend also included a talent show on Friday, where nine DSU students performed and expressed themselves through singing, playing instruments, and stand-up comedy.

Nelson said they are hoping to continue the growth of their program and provide a better understanding of the Civil Rights movement and the purpose of King’s message.

“We want to be able to give students, staff and community members a chance to really engage,” Nelson said.