FIRE to weigh in on professor’s First Amendment rights 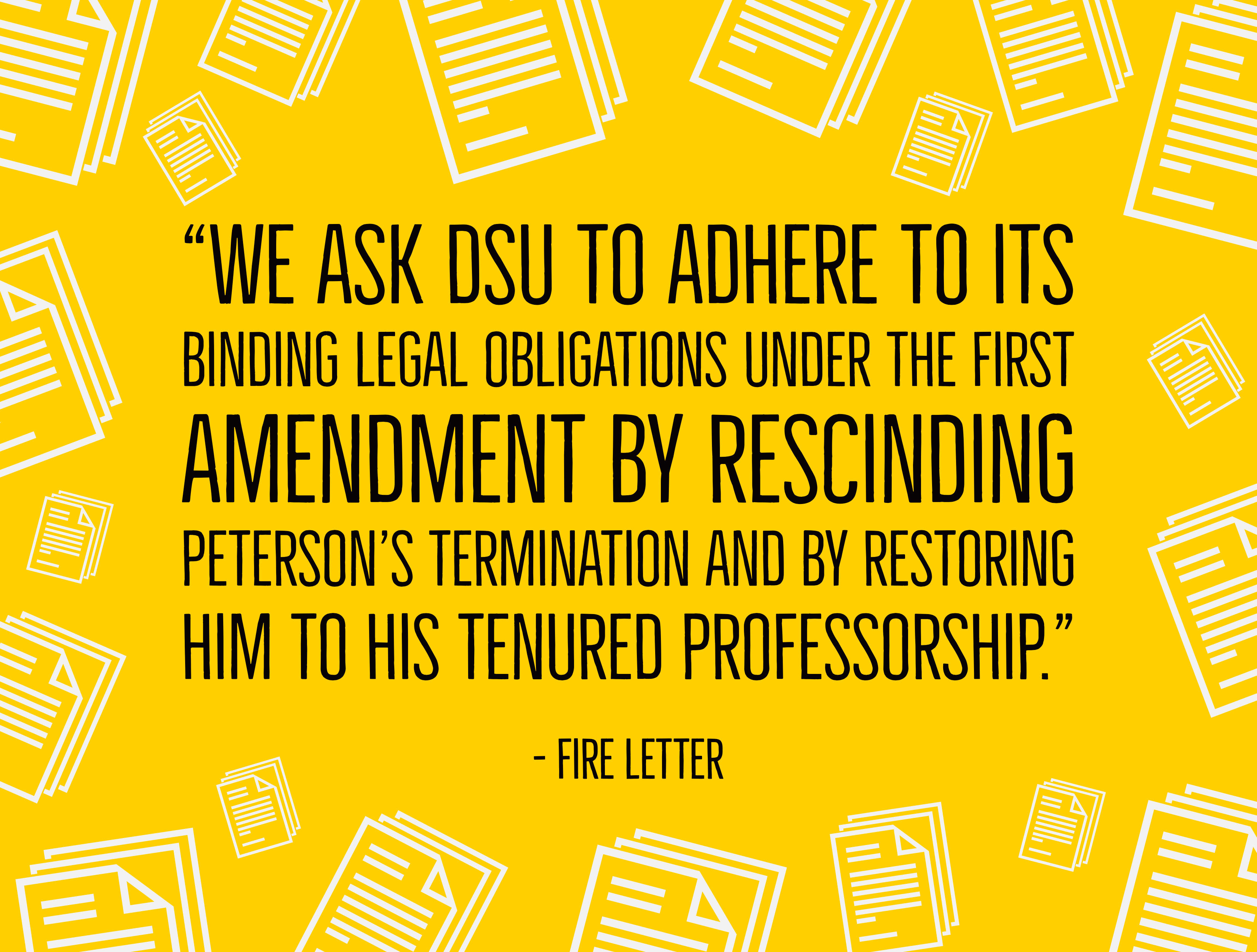 Dixie State University and the Foundation for Individual Rights in Education may soon be in a legal battle after disputes about a former professor’s First Amendment rights.

“We ask DSU to adhere to its binding legal obligations under the First Amendment by rescinding Peterson’s termination and by restoring him to his tenured professorship,” the letter said. “We also ask DSU to make clear that its faculty will not face punishment for the exercise of their First Amendment Rights.”

Peterson was terminated in early 2018 for allegedly violating DSU policies including 4.4.3.2.4. (exhibit professional standards of behavior/civil discourse) and 4.4.3.2.5. (strive to achieve the purposes of the university).

After the recommendation of a faculty review board, Peterson was issued a Last Chance Agreement, which he called “punitive, vindictive, disenfranchising and dehumanizing;” he said he “could not sign it.”

Some of the requirements of signing included:

Will Creeley, FIRE senior vice president of legal and public advocacy, said, “We were very concerned that professor Peterson was being targeted for punishment due to his speaking out about matters at the university, so we took an immediate interest.”

Hicks also requested FIRE file a GRAMA request in order to obtain a full view of the events that led to Peterson’s firing. However, after the Dixie Sun News made this request, it was made clear by Assistant General Counsel Alison Vicroy that no documents regarding Peterson have been made public since the documents the Dixie Sun News reported on in September.

“FIRE is skeptical as to the contentions made by DSU counsel,” Creeley said. “Their response to us is incredibly non-responsive.”

Peterson said his plans have not changed since DSU’s response.

Creeley said when it comes to moving forward, FIRE is currently keeping all of its options open.